Yeah, that place out 'there'. Anything not really Cambodia related should go here.
Post Reply Previous topicNext topic
2733 posts

I call bullsh1t on this.

Unrestricted flights from China still and Wuhan in particular at the start.

Rumour is that testing costs $400, since there is no treatment, what is the point in being diagnosed at the equivalent cost of over 3 months wages for most people?

The big man is in denial, worried about losing the Chinese tourism $$$$, and is downplaying the virus.

IMHO, this will break out real bad within 8 weeks in Cambodia.

I know of at least one case in Kampot and now one out in a Prey Veng village, so there will be many more cases nationwide.
Top

We bought masks at Makro yesterday, limit 1 pack per customer, the girl said in BKK Makros are sold out. On Fb marketplace they are for sale at 4x the price.
Sisaket has 2 hospitals, 1 public and 1 private. The public one has people sleeping in the hallways and food carts line the road outside. It is under perpetual expansion and has been overcrowded for the seven years I have been familiar with it. This is a provincial capital, the amphoe ( county seat) hospitals are much less well fitted out. If and when coronavirus gets here it will be madness. I am glad I live way out in the woods but even my little village had a TB breakout this last year. 1 died and 2 remain sick. Will we all stay indoors and wear masks when we go out, will there be a place to quarantine the sick? Is this the beginning of a pandemic like the Spanish Flu and infect 1,000,000 worldwide before the end of 2020? Not to be an alarmist but this could be very ugly for a long time.
Top

No need to worry folks. The Thais are on it:

THAI DOCTORS SAY THEY CURED PATIENT OF CORONAVIRUS ‘IN 48 HOURS’


GKOK — The Ministry of Public Health on Sunday said they discovered medical treatment that rendered the new strain of coronavirus impotent in 48 hours.

The breakthrough discovery was made in the case of a 70-year-old Chinese woman who was admitted to a hospital in Thailand for pneumonia and excessive fluid in the lungs caused by the coronavirus, according to the ministry.

The unnamed woman had repeatedly tested positive for coronavirus for 10 days before doctors administered her with a combination of anti-HIV and flu treatment medication, Rajavithi Hospital lung physician Kriangsak Atipornwanich said at a news conference.

The patient then tested negative just 48 hours later, Kriangsak said, adding that the lab result was cross-examined and confirmed by Chulalongkorn Hospital and the Department of Medical Sciences.

The anti-HIV medicines used in the treatment were a cocktail of Ritonavir and Lopinavir, while the flu medication was identified as Oseltamivir.

This whole overblown thing will probably be a long forgotten memory by Songkran.
Top

Talked to sellers in front of the Soviet-friendship hospital today and they told me several journalists have tried to debunk/ confirm the rumors there are several infected people in the hospital. All were sent away with ‘no comments’ according to the sellers and they heard from the journalists they found it all very suspicious.

But, being a good citizen I ignore these rumors and act according the official news.

But... I did notice the price of sanitary soap went up 100% in a week, and no (decent) masks are available anymore. But that doesn’t matter, because there’s no need for those.
Top

well done those cunning thais
it's the same all over SEA, stupid barang don't have a clue
just do the most obvious thing, of course! slap in some anti-retrovirals!
cause and effect, morals, science, etc
all mumbo-jumbo!


but now it's cured, let's apportion blame!
those imperialists are probably the root cause:
Lab-Made Coronavirus Triggers Debate

and it appears the wuhan biolab were messing with RaTG13, the suspected bat-hosted precursor
yet the number of mutations between that and 2019CoV suggests it was hanging out for decades in an intermediary
unless it had some help . . .

Myself I am getting info that a potential case was detected in Bavet, currently held at the TB ward of kampong Cham hospital.
Currently rumor, I am waiting confirmation from a top person inside that hospital.
I will update here if I get confirmation.
What I worry about is if they decide to go public in a few days with multiple cases many countries might consider stopping flights.

If you have any more info on the possible patients at Calmette and Russian hospital please keep posting here.
Top

About 30,000 work pass holders from China yet to return after Chinese New Year break: Josephine Teo 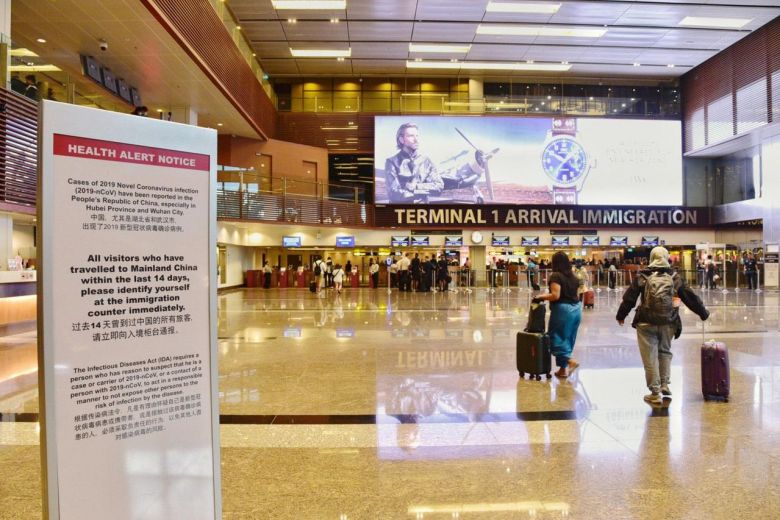 SINGAPORE - About 30,000 work pass holders who are of Chinese nationality left Singapore over the Chinese New Year break and have not returned, said Manpower Minister Josephine Teo on Sunday (Feb 2).

These workers, who would be required to go on a 14-day leave of absence when they return to Singapore, make up less than 1 per cent of the work force here, said Mrs Teo.

The figure does not include Singaporeans who have recently travelled to China who will also need to go on a leave of absence when they return. They can go back to school or work only after 14 days, provided they are well.

Mrs Teo, who was speaking to reporters on her visit to Oasia Hotel Downtown with Trade and Industry Minister Chan Chun Sing, where they inspected precautionary measures after a hotel guest was found to have the virus, urged Singaporeans not to ostracise those on the mandated leave of absence.

She said that there was no need for landlords, dormitory operators, or even co-tenants to evict these people as "by and large they are not unwell".

The government had previously said it has heard reports of this happening.

"The reason we have introduced this leave of absence requirement is to take extra precautions, and this is to minimise social contact. But we must be mindful that as we take these precautions we must be supportive of the people who are affected," she said.

Mr Chan had also said at a community event earlier on Sunday (Feb 2), that Singaporeans should not reject those who have been placed on leave of absence.

"During the worst of the Sars crisis the best of Singaporeans came through; we took care of each other, sent meals to those under quarantine, shared our supplies and medical resources - that's how we overcame the crisis together," he said.

Singapore has been taking measures to both reduce the risk of imported cases, and of the pathogen spreading within the community here.

On Saturday, it began imposing stricter travel restrictions on visitors who have been in mainland China in the past 14 days, barring them from entry or transit through Singapore. Visa restrictions have also been placed on those who hold Chinese passports. 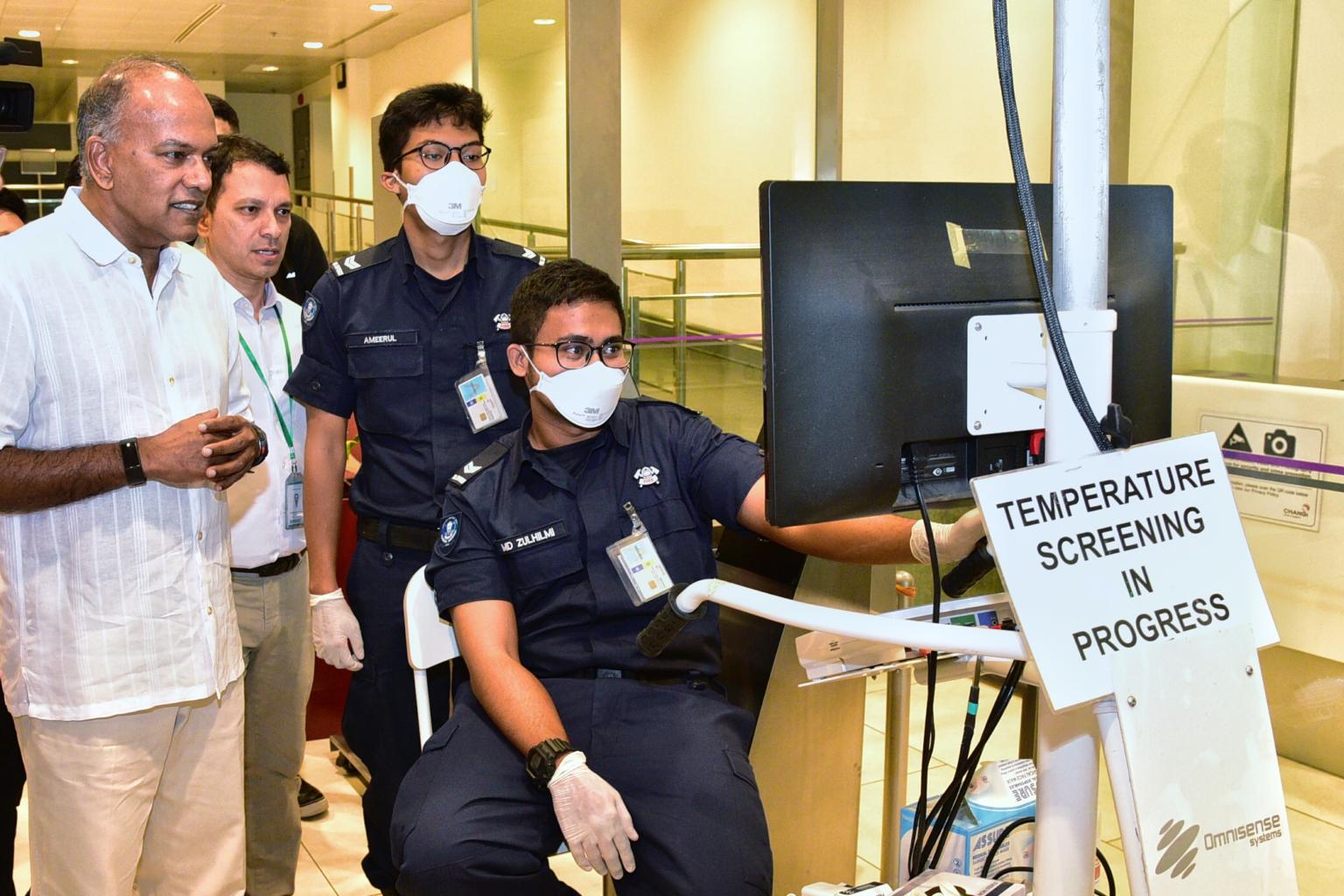 Singaporeans, permanent residents and long-term pass holders returning from China must also go on a 14-day leave of absence.

Mrs Teo also said people who have been instructed to stay home should exercise personal responsibility and minimise social contact.

"If we are unwell and we show up whether at restaurants or any other places where there are frontline workers, and we expect service from them, we could put them in an awkward position," she said.

While not as strict as a quarantine order, failing to adhere to a leave of absence could force the government to take drastic measures, said Mrs Teo, as she reminded employers and workers alike to exercise responsibility.

On Sunday, Home Affairs Minister K. Shanmugam also praised those who had stepped up to contribute to efforts to curb the spread of the virus. Among these have been soldiers, who packed masks to be given to the public, and volunteers who distributed the masks.

But he called out a "small minority" who have not helped the situation by spreading fake news or who have spread anti-Chinese sentiments.

"Really, we shouldn't come down to this level of xenophobia."

"We have to avoid these sorts of irrational actions."
Top

I call bullsh1t on this.

Unrestricted flights from China still and Wuhan in particular at the start.

Rumour is that testing costs $400, since there is no treatment, what is the point in being diagnosed at the equivalent cost of over 3 months wages for most people?

The big man is in denial, worried about losing the Chinese tourism $$$$, and is downplaying the virus.

IMHO, this will break out real bad within 8 weeks in Cambodia.

I know of at least one case in Kampot and now one out in a Prey Veng village, so there will be many more cases nationwide.

Please corroborate the information regarding the kampong, prey veng cases.
What is known about them? Is the source somewhat reliable?
Top

As should be known by now, I hate the hysteria surrounding this virus, I think it's way over the top.
BUT, having said that (and standing by it), isn't it a bit peculiar that Laos and Myanmar both have reported 0 cases so far?
Top
Post Reply Previous topicNext topic
2733 posts