cautious colin wrote: ↑Fri Apr 24, 2020 5:03 pm ^^^ Sounds like we should be drinking and smoking our way through this pandemic

Already got it covered! I'm not sick yet, so it must be working!!

Do you think the parents of baby boomers whined so much when the boomers started changing society? And yet the whiney ones like to call young people "snowflakes." Hmm...
Top

Fake text messages claiming the US military would enforce a country-wide lockdown went viral last month. They were spread by Chinese agents, according to a new report.

In mid-March, messages warning that the National Guard was preparing to enforce a nationwide quarantine across the US went viral on social media and WhatsApp.

The White House National Security Council debunked them at the time, tweeting that "Text message rumors of a national #quarantine are FAKE."

If you spent a lot of time online last month, you probably remember seeing panicked messages claiming that the Trump administration was preparing to deploy the national guard to enforce a nationwide COVID-19 quarantine.

Such fake messages were shared widely via text and on messaging services like WhatsApp in March, usually originating from a person who claimed their aunt or cousin works in the Pentagon or for the CIA.

Now, US intelligence officials believe that Chinese agents were partially responsible for sharing the fake warnings far and wide in order to spread panic, according to a new report from The New York Times.

Citing six unnamed US officials who work in six different unnamed agencies, The Times reports that Chinese agents are engaging in a global disinformation campaign surrounding coronavirus at the direction of the highest levels of Chinese government, including the viral messages last month.

But details of the disinformation campaign remain shaky — it's not clear where the fake text messages originated, and two sources told The Times that Chinese agents helped spread the messages but didn't create them.......
Top

Study – which stresses serious health risks of smoking – suggest substance in tobacco may lower risk of getting coronavirus
French researchers are planning to test nicotine patches on coronavirus patients and frontline health workers after a study suggested smokers may be much less at risk of contracting the virus.

The study at a major Paris hospital suggests a substance in tobacco – possibly nicotine – may be stopping patients who smoke from catching Covid-19. Clinical trials of nicotine patches are awaiting the approval of the country’s health authorities.

"Substance in tobacco" or one of the poisons that the tobacco companies add to the tobacco to get smokers hooked.
Who let all of this riff-raff into the room?

Indonesia has announced a ban on all air and sea travel until at least June to try and contain the spread of the coronavirus during Ramandan, which started today.

The temporary ban takes effect from today and covers the end of Ramadan when millions would traditionally return to their hometowns. The latest measure will not apply to emergency, diplomatic or cargo transport, the government said. Returning Indonesian citizens from abroad and foreigners who reside in the archipelago will also be exempt.
In a nation run by swine, all pigs are upward-mobile and the rest of us are fucked until we can put our acts together: not necessarily to win, but mainly to keep from losing completely. HST
Top

cautious colin wrote: ↑Fri Apr 24, 2020 5:03 pm ^^^ Sounds like we should be drinking and smoking our way through this pandemic

Looks like I picked the wrong year to quit smoking and drinking...
Top

One for historians to study.
How many people in The UK died so that Johnson could maintain his illusion that the UK didn't need the E U as much as
a new relationship with a imbecile that thinks injecting disinfectant might be " something to look at "
I would like to make it clear to all American Expats here, that injecting Dettol only works if you are a Trump supporter.
You just know when America wakes up today around 40% of them will stream down to Walmart ready to shoot anyone
that wants to stop them for getting their hand on a few gallons of Dettol
Only trying to help !!!!!.
Top

Revealed: leader of group peddling bleach as coronavirus 'cure' wrote to Trump this week
Mark Grenon wrote to Trump saying chlorine dioxide ‘can rid the body of Covid-19’ days before the president promoted disinfectant as treatment
Fri 24 Apr 2020 19.00 BST
Trump did not specify where the idea of using disinfectant as a possible remedy for Covid-19 came from, and the source for his notion remains obscure. But the Guardian has learned that peddlers of chlorine dioxide – industrial bleach – have been making direct approaches to the White House in recent days.

Grenon styles himself as “archbishop” of Genesis II – a Florida-based outfit that claims to be a church but which in fact is the largest producer and distributor of chlorine dioxide bleach as a “miracle cure” in the US. He brands the chemical as MMS, “miracle mineral solution”, and claims fraudulently that it can cure 99% of all illnesses including cancer, malaria, HIV/Aids as well as autism.

Since the start of the pandemic, Genesis II has been marketing MMS as a cure to coronavirus. It advises users, including children, to mix three to six drops of bleach in water and drink it.

In his weekly televised radio show, posted online on Sunday, Grenon read out the letter he wrote to Trump. He said it began: “Dear Mr President, I am praying you read this letter and intervene.”

Grenon said that 30 of his supporters have also written in the past few days to Trump at the White House urging him to take action to protect Genesis II in its bleach-peddling activities which they claim can cure coronavirus
From: https://www.theguardian.com/world/2020/ ... oronavirus
Cambodia Expats Online: Bringing you breaking news from Cambodia before you read it anywhere else!

Follow on to the previous post:
"The US government sued Genesis on Thursday, alleging that it violated the Federal Food, Drug, and Cosmetic Act with labeling for its so-called Miracle Mineral Solution (MMS), also known as Master Mineral Solution. Genesis' website "contains claims that MMS is intended to cure, mitigate, treat, or prevent coronavirus, which includes COVID-19, and links to testimonials claiming that MMS cures a litany of other diseases including, among others, Alzheimer's, autism, brain cancer, HIV/AIDS, and multiple sclerosis," the lawsuit said. Despite its name, the "church" is a "secular entity based in the State of Florida," the government lawsuit said."
Full: https://arstechnica.com/tech-policy/202 ... d-19-cure/
An unreliable narrator
Top

More from the above link: 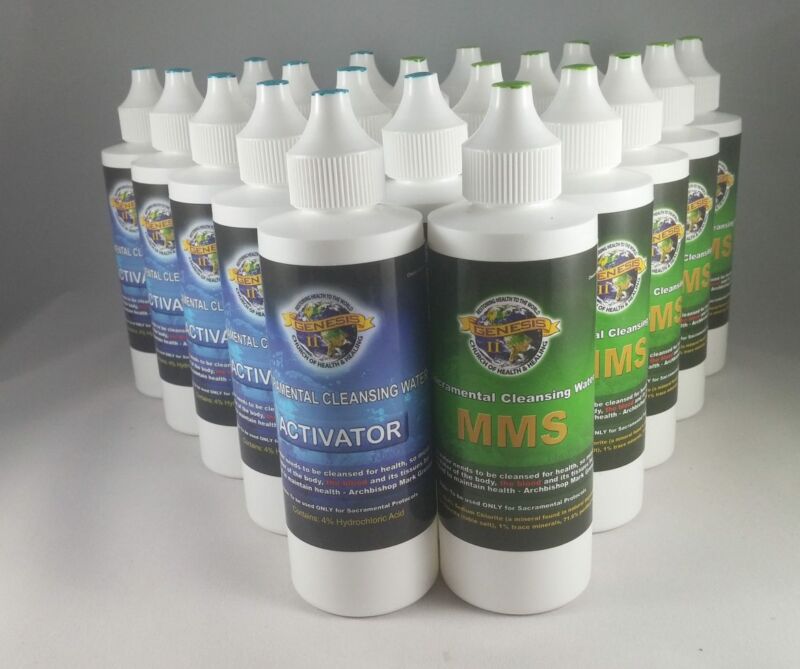 The FDA in August 2019 warned consumers to avoid MMS, saying it has "dangerous and potentially life-threatening side effects." The FDA at the time said it had "received new reports of people experiencing severe vomiting, severe diarrhea, life-threatening low blood pressure caused by dehydration and acute liver failure after drinking these products."

"Don't try to tell me there is an emergency situation in our nation that justifies this action!" Genesis' response to the FDA said. "There can't be an emergency that can make a command of God null and void especially one in regard to the free exercise of our Church!" Genesis also claimed it isn't selling MMS because it distributes the product in exchange for "donations."

The FDA said last week that Genesis' response to the warning letter "made clear that they had no intention of taking corrective action and would continue to sell MMS in violation of the law."