Yeah, that place out 'there'. Anything not really Cambodia related should go here.
Post Reply Previous topicNext topic
3021 posts 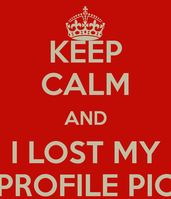 This doctor.is very informative and his latest video suggests vitamin D may be of use. I already take it as a supplement even though I'm in the sun a lot anyway. Bottle of 300 is only $7 here.

Sent from my CPH1823 using Tapatalk

Sound advice however check the pds with a fine tooth comb to ensure it doesn't exclude epidemics and pandemics.
Top

realistically, the cat's out of the bag by now

measures now are to slow the spread, so that hospitals aren't overwhelmed
but cambodian hospitals are essentially overwhelmed, as s.o.p.
and on a personal level, you could get hit with a 14-day quarantine
at random
Last edited by Phnom Poon on Thu Mar 05, 2020 8:55 pm, edited 1 time in total.
.

Looks like the virus has mutated into two strains - S and L.

This won't effect vaccines which is a positive.

This is from new research out of China.
Top

This won't effect vaccines which is a positive.

This is from new research out of China.

vaccines are still at least a year away
In a nation run by swine, all pigs are upward-mobile and the rest of us are fucked until we can put our acts together: not necessarily to win, but mainly to keep from losing completely. HST
Top 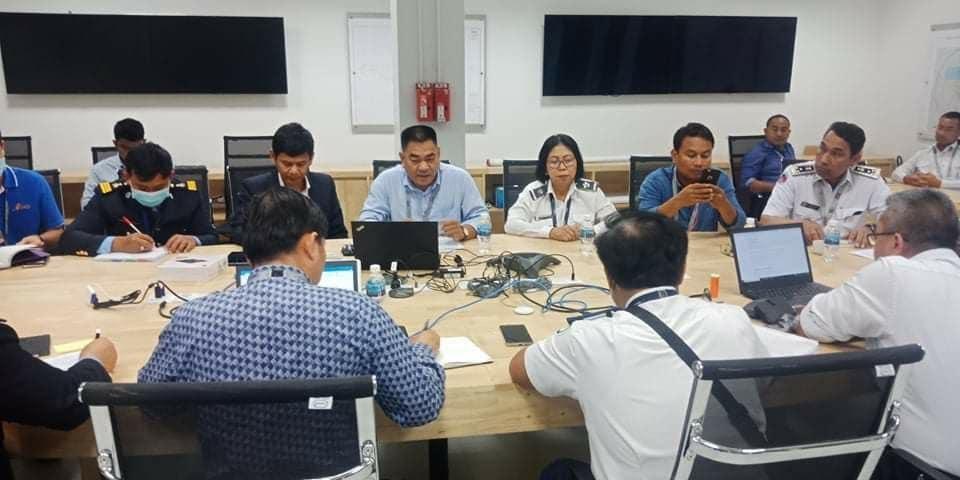 “Four people among the 44 had direct contacts with the man,” Sovann told Fresh news.

How many people did you have ‘direct contact’ with during the last 24 hours?
Top

I am an autistic foreigner in Cambodia and I count at least 15 ‘direct contacts’ since 7 am this morning....
Top

One thing is for sure, the science behind all this is fascinating.

"What Are The Odds?" - A Timeline Of Facts Linking Covid-19, HIV, & Wuhan's Secret Bio-Lab

Having been permanently banned from Twitter for sharing the publicly-available details of the man who ran the show as far a bat-soup virology in Wuhan's super-secret bio-lab - which is now a common talking point and rapidly shifting from conspiracy theory to conspiracy fact - we thought a reminder of how we got here was in order...

Scott Burke, CEO of crypto-related firm Groundhog, unleashed what we feel may be the most complete timelines of facts to help understand the controversial links between COVID-19 and HIV, and COVID-19 and Wuhan Institute of Virology.

Want to go down a (strictly fact-based) rabbit hole?

A disclaimer: I am not a virologist. This is me synthesizing what we have learned since the outbreak began and reviewing public scientific papers. I believe each of the following statements is a solid fact, backed up by a citation.

I also want to say that I understand some people are worried about blame being cast for this outbreak. Obviously we are all in this together, and my intention here is not to cast blame. These links overwhelmingly compel further scrutiny, but are not conclusive.

I do think however that information is being downplayed and suppressed by some scientists and media outlets and it’s our duty to find out the facts about this virus, do what we can to mitigate the outbreak, and prevent it from happening again.

Ready?...
So there’s original SARS, which is a type of coronavirus. SARS infects cells through the ACE2 receptor in hosts.

The S protein binds to the targeted cell through the ACE2 receptor, and boom, your cell is infected and becomes a virus replication factory.

After the first SARS outbreak, there was a “land rush” to find other coronaviruses. A collection of SARS-*like* coronaviruses was isolated in several horseshoe bat species over 10 years ago, called SARS-like CoVs, or SL-CoVs. Not SARS exactly, but coronaviruses similar to SARS.

In 2007, a team of researchers based in Wuhan, in conjunction with an Australian laboratory, conducted a study with SARS, a SARS-like coronavirus, and HIV-1.

The researchers noted that if small changes were made to the S protein, it broke how SARS-CoV worked - it could no longer go in via ACE2. So they inferred the S protein was critical to the SARS attack vector.

They also predicted based on the S-ACE2 binding structure, that SARS-like CoVs were not able to use this same attack method (ACE2 mediation).

They decided to create a pseudovirus where they essentially put a SARS-like CoV in a HIV envelope.

Using an HIV envelope, they replaced the RBD (receptor binding domain) of SL-CoV with that of SARS-CoV, and used it to successfully infect bats through ACE2 mediation.

12 years goes by...
A SARS-like CoV begins sweeping the globe that is far more infectious than previous outbreaks.

Ground Zero for this outbreak (not first human patient, but first spreading event) is considered to be Wuhan Seafood Market.

Wuhan Seafood Market is 20 miles from the National Biosafety Laboratory at Wuhan Institute of Virology.

Amidst the outbreak, a team of Indian bioinformatics specialists at Delhi University released a paper pre-print...

COVID-19 has a unique sequence about 1,378 nucleotide base pairs long that is not found in related coronaviruses. They claimed to identify genetic similarities in this unique material between COVID-19 and HIV-1.

The paper was criticized and numerous attempts have been made to debunk it. After the criticism, the authors voluntarily withdrew it, intending to revise it based on comments made about their technical approach and conclusions.

One key debunking attempt claims this:

The same sequences are found in a variant called BetaCoV/bat/Yunnan/RaTG13/2013, which had been found “in the wild” in bats.

This is an attempt to prove that it was not engineered, but mutated naturally in the wild.

But there’s a problem...

This strain was only known by and studied at the Wuhan Virology Institute, and although they claim it was discovered in 2013, it wasn’t published or shared with the scientific community until immediately after the Indian paper, on January 27, 2020.

The RatG13 strain publication and the HIV research paper from 2008 share an author.

I discovered this on my own by comparing the two papers and then quickly realized this scientist’s contact information was the information that ZeroHedge was suspended from Twitter for sharing.

Their article identifies this author in question including some contact information from the Wuhan Virology Institute web site.

You can read the public comments and discussion of the original paper here:

There is a line of inquiry about how the sequences are remarkably stable in between the “bat” CoV and the nCoV, where in nature they would likely have mutated in between their shared evolution. Also a call for greater scientific evidence that the strain was collected in the wild.

Here is the only point in this thread where I will offer my opinion rather than a list of facts: In light of all the previous facts, the efforts to debunk the paper are not yet convincing in my view.

The RaTG13 paper makes the claim that, oh, that HIV-related material you identified that happens to protein fold to become a perfect attack vector for nCoV to attack ACE2?

It’s a relative of this other secret virus which came from the wild which we forgot to tell the scientific community about until now for no reason.

Here’s the secret virus - it came from bats - and here’s the new virus, see, they have the same HIV-related sequences... so... bats!

Totally not secret pathogen research which escaped the lab.

Finally, there is a great thread here by Trevor Bedford (@trvrb) examining the evidence for and against, with key replies challenging the conclusions made as well.

Let’s learn! What do you think? Maybe I’m wrong! Can anyone disprove any of the links in the chain above? One thing is for sure, the science behind all this is fascinating.

But we need to make sure that if viruses are being secretly developed and accidentally released, that we learn about that and do our best to make sure it doesn’t happen again.

Two separate types of the novel coronavirus — one more aggressive than the other — could be infecting people during the sweeping outbreak, Chinese scientists revealed in a new study.

The preliminary study, conducted by researchers from Peking University’s School of Life Sciences and the Institute Pasteur of Shanghai under the Chinese Academy of Sciences, revealed that the infection has evolved into two major types, designated L and S.
Top

Six co-passengers of the Covid-19 positive Japanese who had entered Saigon Tuesday on a flight from Cambodia have been identified.

The six passengers, including a Vietnamese citizen who has been quarantined, were on the VN814 flight operated by national carrier Vietnam Airlines from Siem Reap to Saigon Tuesday night.

Three French citizens have departed for Thailand’s Bangkok, an Australian and a Filipino have returned to their home countries, officials said Thursday.

The family of the quarantined Vietnamese person is being closely monitored at home in District 1, said Nguyen Tri Dung, director of the HCMC Center for Disease Control (CDC).

The French citizens, 65 to 68 years of age, had stayed in a hotel on Pham Ngu Lao Street in District 1 until Wednesday night before leaving for Bangkok. Six hotel employees have been quarantined.

Six crew members of VN841 have also been quarantined.

Saigon authorities are figuring out the itineraries and compiling a list of people who had close contact with the co-passengers of the Japanese patient to determine appropriate quarantine measures.

"HCMC’s disease prevention system has moved quickly to identify and seek out those who have had close contact with these six people," Dung said.

Anyone who has had contact with the six people on flight VN814 are to call the number 08.695.77.133 to be provided necessary disease prevention measures, the HCMC CDC has announced.
https://e.vnexpress.net/news/news/vietn ... 64611.html
Cambodia Expats Online: Bringing you breaking news from Cambodia before you read it anywhere else!