Yeah, that place out 'there'. Anything not really Cambodia related should go here.
Post Reply Previous topicNext topic
18 posts 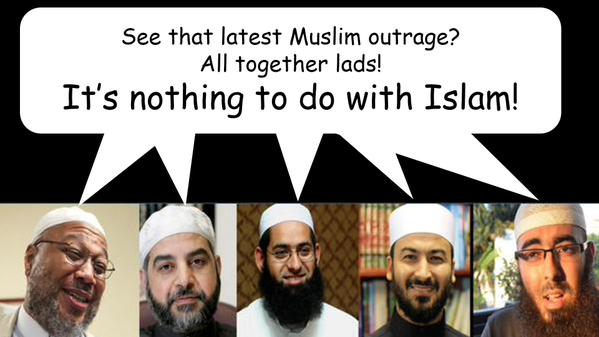 So true.
Thank you, Tighten, we need the voice of calm and at times like this.
As you say, it has little to do with Islam.
just the same as the crimes of ***** (fill in your own, from the long line of crimes against humanity by those from the West) - have little to do with Christianity.

To conflate a person's religion with their politics/culture/personal nature - is obviously both wrong and dangerous.
Top

Kampuchia Crumbs wrote: ↑Sat Nov 30, 2019 3:55 am What they need to do is to pass some strict "explosive vest" control laws. Make sure to throw in some "explosive vest" free zones while they are at it. That will prevent this sort of thing from happening in the future!

Wait, wait, hold up, don’t even get me started.

You know what would really put an end to it? They should make them illegal. Like, woah!
Top

Rip to the innocent 2 who lost their lives and respect to the people that immobilised him.
Top

Several people were injured during a stabbing attack Friday at a busy shopping district in the Netherlands, Dutch police said.

At least three people were injured in the attack in The Hague, near the town’s historic center, Dutch police said. The suspect is still at large, officials said.

In a statement, Hague police said they were seeking a man aged 45-50 and described him using a Dutch term often applied to people of North African descent.

The attack came hours after a terrorist armed with a knife killed two pedestrians at the London Bridge. That suspect was shot dead by London cops.

The man is understood to have been wearing an electronic tag when he staged the attack after being released from prison for terrorism related offences.

Terry Fishsauce wrote: ↑Sat Nov 30, 2019 1:41 am The heroes are the civilians who fought him unarmed before there were any police around, especially the first one in. There was a bloke there fighting him even while the suicide belt was known about, right up until the police peeled him off and shot the terrorist.

Even if I had the balls to fight a terrorist with a knife, once I saw that belt I'd be running.

Me too. It would be a bit like the sight of a shark or a snake - instant involuntary terror and a visceral urge to flee.
Your body realising an ultimate threat, and reacting, well before the mind arrives.

Maybe having a five-foot long narwhale tusk in my hands would bring me back - imagine the totem power in that - but probably not.

Fishmongers Hall -
"There were reports that one man had taken a five-foot long narwhale tusk from the hall to confront him"
"The suspect was wrestled to the ground by passersby"
"One man wearing a suit appeared to have removed a large knife from the suspect before the shots were fired, and was filmed running down the road away from the scene gesturing at others to get back"
Bravo!! you common folks. big time
Top

DaveG wrote: ↑Sat Nov 30, 2019 11:16 am I think the parole board and his probation officer will have some difficult questions to answer

UPDATE — 7:46 PM EST/00:46 GMT:
The man who carried out the London Bridge terror attack has been identified as 28-year-old Usman Khan, Metropolitan Police confirm. He was jailed in 2012 as part of a plot to bomb the London Stock Exchange and build a terrorist training camp. He was also believed to have supported al-Muhijaroun, a militant jihadist network in the United Kingdom, reports The Guardian. Read the original article below.

Not just out on parole.... he was a convicted terrorist.
Top
Post Reply Previous topicNext topic
18 posts