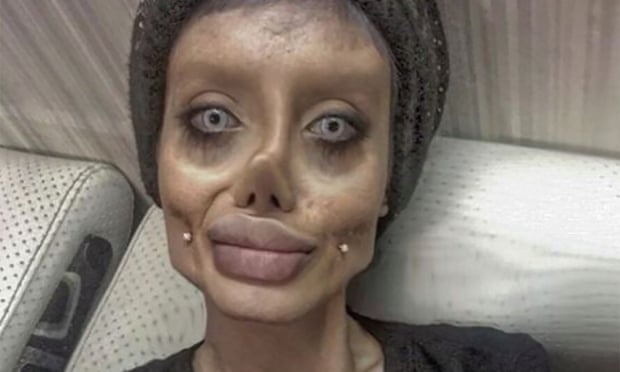 Iran has arrested an Instagram celebrity famous for drastically altering her appearance through cosmetic surgery, the semi-official Tasnim news agency has reported.

The social media star known as Sahar Tabar was detained on the orders of Tehran’s guidance court, which deals with “cultural crimes and social and moral corruption”, Tasnim said late Saturday.

Tabar, 22, shot to prominence on Instagram last year after posting a series of images of her face altered through plastic surgery.

Most of the photos and videos shared with her 26,800 followers have also been heavily edited so that she is meant to resemble Hollywood star Angelina Jolie.

The account features images of her with a gaunt face, pouting lips and sharply turned-up nose.
https://www.theguardian.com/world/2019/ ... -blasphemy
Cambodia Expats Online: Bringing you breaking news from Cambodia before you read it anywhere else!

A real crime is the U.S. never arrested Michael Jackson.
You could be next.
Top
Post Reply Previous topicNext topic
2 posts • Page 1 of 1