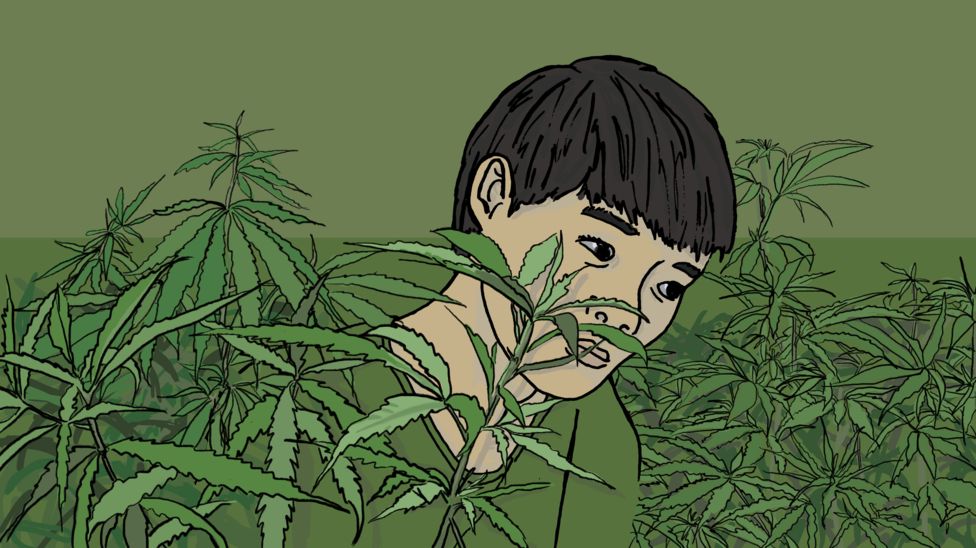 "An older man told me that if I came with him, he could help me earn a lot of money. But when I said no, he put a bag over my head.

He was kidnapped off the streets of Ho Chi Minh City, where he was a street child, an orphan who slept in the bend of a sewage pipe. He sold lottery tickets for money, although older men sometimes beat him and grabbed his takings.

Somewhere along the way, Ba's captors changed, and now he couldn't understand the language they spoke. When they finally came to a standstill and the bag was removed, Ba found himself in a large, empty, windowless warehouse in China, and was told to wait. "I knew they were preparing to send me somewhere to work," he says.

During the months that Ba was held there, a guard regularly beat him. "I don't know why," Ba says with a shrug, "there was no reason." When he was caught trying to escape, his punishment was far worse than kicks and punches - the guard poured scalding water over his chest and arms.

"It was agony. I was shouting at him to stop but he didn't listen," he says. Ba became unconscious with the pain. "I just lay still for days. I couldn't walk. It was painful for a very long time."

Ba was then moved to the UK in a succession of trucks. He remembers the silence of the final container, where the human cargo hid among boxes. The quiet was broken only by the rustling of cardboard being ripped up, to be used as insulation from the gnawing cold. His long-sleeved top offered little protection.

He finally escaped by smashing an upstairs window, and jumping to the ground. Then he ran for as long as he could.

While males are typically siphoned off into cannabis factories, Vietnamese women are at risk of sexual exploitation. I have read an account given by a boy of 15, who said that while working in a cannabis factory he could hear the screams of women downstairs. He believed they were being sexually abused.

full..https://www.bbc.com/news/stories-51176958
The idea that seeing the world is going from place to place to look at obvious things is an illusion natural to dull minds.
Top

Re: How a boy from Vietnam became a slave on a UK cannabis farm

Pigs being taken to the slaughter house are better treated.
Top

Re: How a boy from Vietnam became a slave on a UK cannabis farm

This is common in the UK and Ireland. When the police bust the places the slaves get prosecuted because the owners are nowhere to be found.
Silence, exile, and cunning.
Top
Post Reply Previous topicNext topic
3 posts • Page 1 of 1