I am interested in the ongoing situation in Hong Kong. It seems many of you are too. There are several threads which have started but fizzle out as their original post topic, e.g. "protester gets shot in the chest" is too specific and once it has been read or passed over by our members it fades away.

My opinions is this: Hong Kong is an existential crisis; it is democracy versus oppression. The outcome will have ramifications for us all. Many agree with this assessment.

This thread is being suggested as a place for people to update us all with the latest goings on, sourced from the huge variety of all our media outlets that we use.

It is not a 'read-only' place, but it should be kept on a tight leash. Contributions of the latest news by all members are not only welcome but needed. This is not my thread, it is yours, so it will be what you make it. Considered opinions are very welcome. Petty arguments and abuse are not. Let's keep it as highbrow as possible, it will be better this way.

I suggested this to the General and he liked the idea. Whether the people like it is another matter, but here goes; Hong Kong Watch is now born.
Top 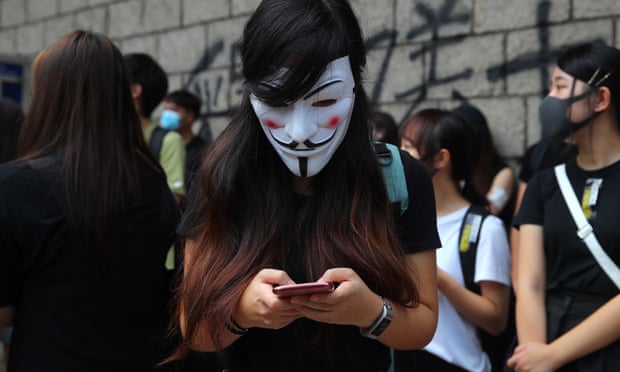 This has been posted on the CEO news section but some may have missed it.
Top

Not directly HK, but:


We thought economic growth and technology would liberate China. Instead, it corrupted us.


“We are strongly dissatisfied and we oppose Silver’s claim to support Morey’s right of free expression. We believe that any speech that challenges national sovereignty and social stability is not within the scope of freedom of speech,” CCTV said in its statement in Chinese

I would say that being able to challenge authority is the very definition of freedom of speech
.

Apple chief said in a letter HKmap.live was ‘used maliciously to target’ officers as claim was disputed by protesters on the ground

People may want to visit the youtube channel China Uncensored. His videos explain the situation in Hong Kong in detail, and many other things about China too, plus him and his team make frequent trips there and stream the action live. He mixes a lot of comedy into his journalism too, which I think is cool.
Top

I'm amazed (in a good way.) This is so unlike the HK I knew years ago. However, I don't see how this can end well. China can not and will not let this go on.

Secretary for Education Kevin Yeung also urges students to be aware of their own safety when joining events outside school gates
With ban on face coverings in place, Education Bureau has also asked schools to remind students not to wear masks on or outside campuses
Chan Ho-him
Published: 6:11pm, 11 Oct, 2019 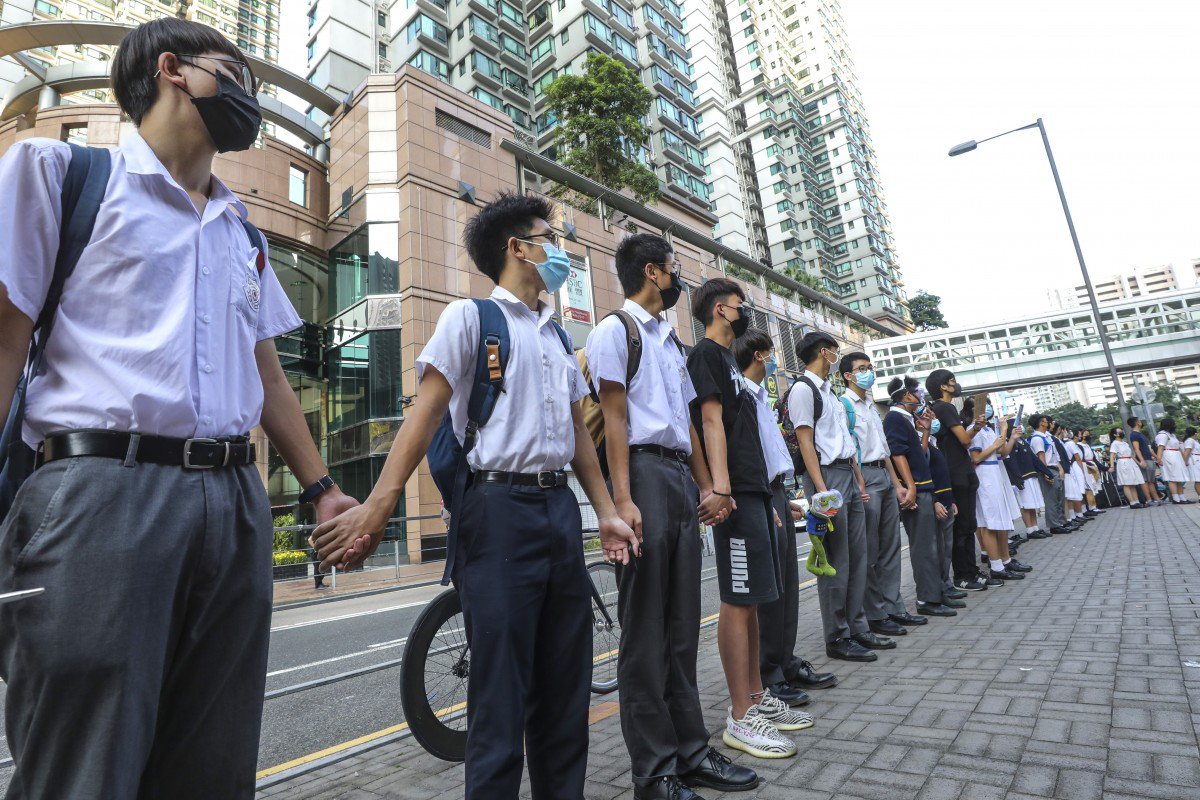 Pupils at schools across Hong Kong have held protests since the new term began. Photo: Dickson Lee
Protesting Hong Kong students warned they could be taking part in an illegal assembly by forming a human chain outside school
https://www.scmp.com/news/hong-kong/edu ... -be-taking
Top

just letting it go on might be china's best strategy at this point, other than negotiating a deal
with the status quo, the protests are likely to become increasingly radical until the point where china is genuinely justified in making a move
as it is currently, china has undermined it's global reputation through political sensitivity and resultant threats and reprisals
that will already have definite economic impact
will the wolf throw off the fleece completely?
Last edited by Phnom Poon on Fri Oct 11, 2019 10:08 pm, edited 1 time in total.
.

just letting it go on might be china's best strategy at this point, other than negotiating a deal
china has undermined it's global reputation through political sensitivity and resultant threats and reprisals
that will already have definite economic impact
will the wolf fully shed it's fleece?

Basically, China has overplayed its hand, and lost. They now have to try and figure out a way to make it look like they haven't, which is going to be nigh on impossible.
The underlying story is the giant debt mounting that China is trying to distract its public from, and is prepping them for blaming external events and forces, whilst their growth rate slows. They've used this BRI thing to export unwanted labour that was incredibly unproductive, and have gone about dishing out bad loans to regimes that can't repay, and perhaps aim to seize control of resources, but that is a tough one, because these are often countries they have little hope of controlling.
They can blitz HK with an aggressive takeover, and then basically end HK's value as an economic powerhouse for the country, and obviously destroy any hope of a peaceful takeover of Taiwan/Formosa; or they have to concede to Hong Kong, and allow some kind of pretend reforms to take place, in which case, their gambit is torn to shreds.
The leadership of the PRC is too surrounded by it's own rhetoric to get any reality checks before action, they've made a massive set of blunders here, and they really haven't got much room to manoeuvre. What's next? A naval war with VietNam? It's just not going to work for them at all. They are playing to their home audience, and none of their bluster can be backed up by anything meaningful. All the PRC really has, is money to throw at problems they want to solve, and unfortunately they are sitting on a debt timebomb that is going to mess up that important lever they have, and China in the long run may well break down into civil unrest, hence the intensive government efforts to try and pump the population with materialism whilst simultaneously setting up online control of people via their access to money. I think China's future is going to be "interesting" in the Chinese sense.
I'm not like other boys...
Top

it's difficult to see how face can be saved in that case, but it's the obvious path
HK has been financing the whole china thing to some extent, hence the kid gloves now
they really don't want to shut it down
.

The above posts have some good points. There is however a worry about what is actually happening within internal HK politics as well - the possibility of mainland military invasion might not the biggest worry. It is well known that Carrie Lam is "just a puppet", or "the meat in the sandwich", as they say. See interview with pro-democracy HK legislator Tanya Chan below for more detailed insider info.