Yeah, that place out 'there'. Anything not really Cambodia related should go here.
Post Reply Previous topicNext topic
269 posts

She is an excellent public speaker!
Top

Probably had lots of personal training since her first speech. The one thing that I don't like about her is, she is right.
Cambodia,,,, Don't fall in love with her.
Like the spoilt child she is, she will not be happy till she destroys herself from within and breaks your heart.
Top

Has she broght up anything new since Al Gore's ,"An Inconvenient Truth" came out in 2006??


I often wonder how different the the world might have been if Gore had won in 2000
In a nation run by swine, all pigs are upward-mobile and the rest of us are fucked until we can put our acts together: not necessarily to win, but mainly to keep from losing completely. HST
Top

Has she broght up anything new since Al Gore's ,"An Inconvenient Truth" came out in 2006??


Yep, first of all she doesn t live in a 10,000+ sq ft house that has a carbon footprint 21x the average American home, which we all know is three times bigger than the average UK home.

She doesn t leave her limousine idling for one hour during a speech; Opts for Swedish government jet over public transportation as mr Gore did.
https://www.climatedepot.com/2010/10/28 ... portation/

Gore is a f#cking hypocrite like all politicians, Greta is a teenage with Aspbergers, the funny thing is I dont see many people making fun of Gore on this forum. I guess for most of the posters a hypocrite that is in a suit, white and middle-aged and well off is a lot easier to relate to or aspire to than a 16-year-old girl that makes strange faces and doesn t kowtow to the most powerful man on earth, the Stable Genius himself. 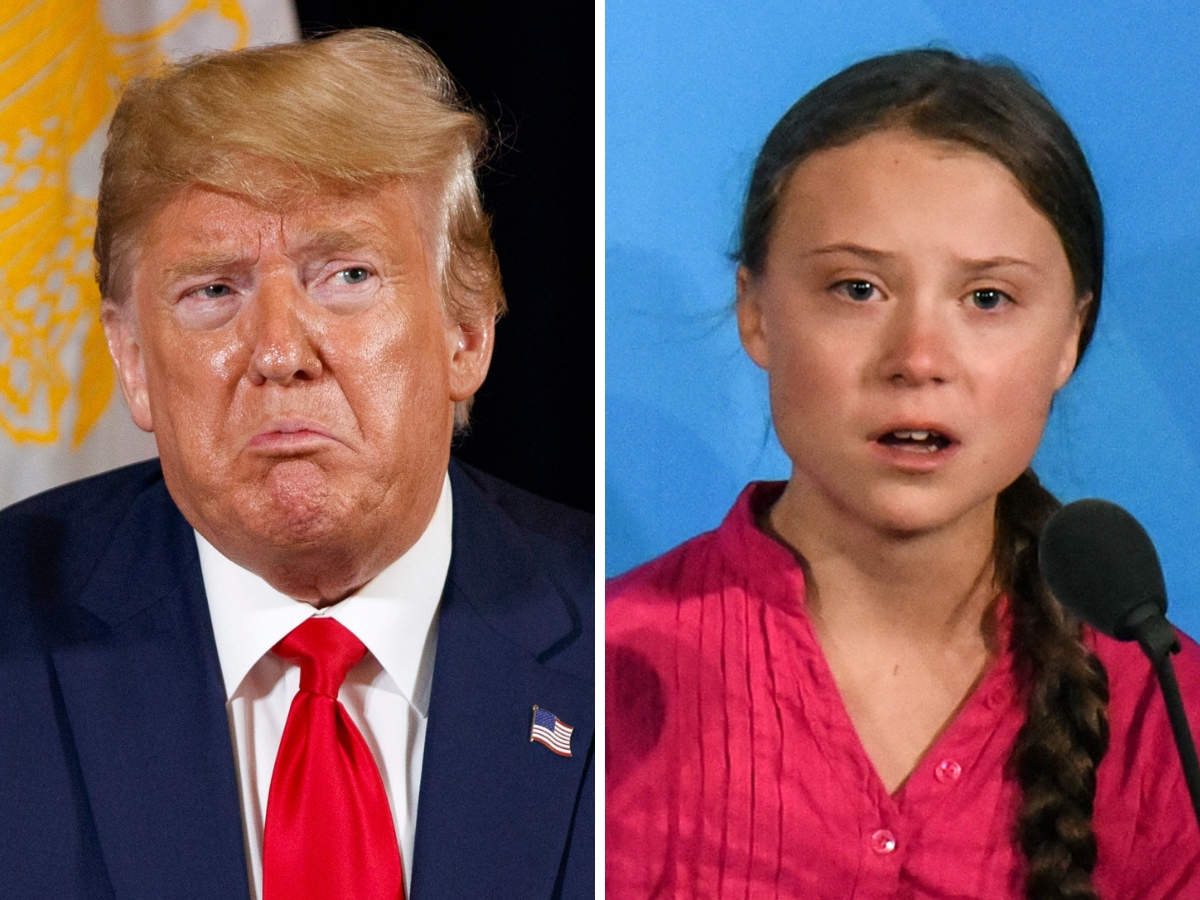 and as far is anything new, I haven t seen anything new by Jesus, Mohamed or Buddha lately but they sure have a lot of people believing what they said to be true.
Top

Anything new? somebody asked

Only the next generation's truth.
They chose her. She's theirs. Their leader. Their truth.
You don't accept that?
It doesn't matter. They do.

You sure she didn't write her speeches? Who told you?
Or you just don't believe these kids are bright?
Because they agree with the science, and you have doubts?
It doesn't matter. They know.

Why do the scientists love Greta? And know she is right? And keep cheering her on?
But not you? Nor Donald Trump. Is he right for a change? And the science is wrong?
It does't matter. They know.

You think she is a puppet? and all those articulate bright interviews, are fake?
Like the speeches? and the kids? And the science?
It just doesn't matter. It's out of your hands.

Only the next generation's truth.
They chose her. She's theirs. Their leader. Their truth.
You don't accept that?
It doesn't matter. They do.

Well said! We might have all kind of opinions on how things should be done, but they will live long after we are gone and do as they please by then, so we owe it to them to help them the best we can!
Top

guys, i have believed in global warming for decades, long before Greta was born, u'd have to be blind and have ur head in the sand not to.
In a nation run by swine, all pigs are upward-mobile and the rest of us are fucked until we can put our acts together: not necessarily to win, but mainly to keep from losing completely. HST
Top

I try to bury my head on the sand because I know this world is fucked and there's not much I can do about it. I can't stop China and India from producing cfc's (I think that is what I just read that it was) that are 20,000 times more harmful than co2. And they lie about it.

Pity my own kids let alone my grandkids.

I'm guilty too. I have 2 vehicles, a snow blower (I'm in Canada) a lawnmower, and supplement my heating with a woodstove (I'd fucking freeze of I didn't. It was -24C yesterday.
Top 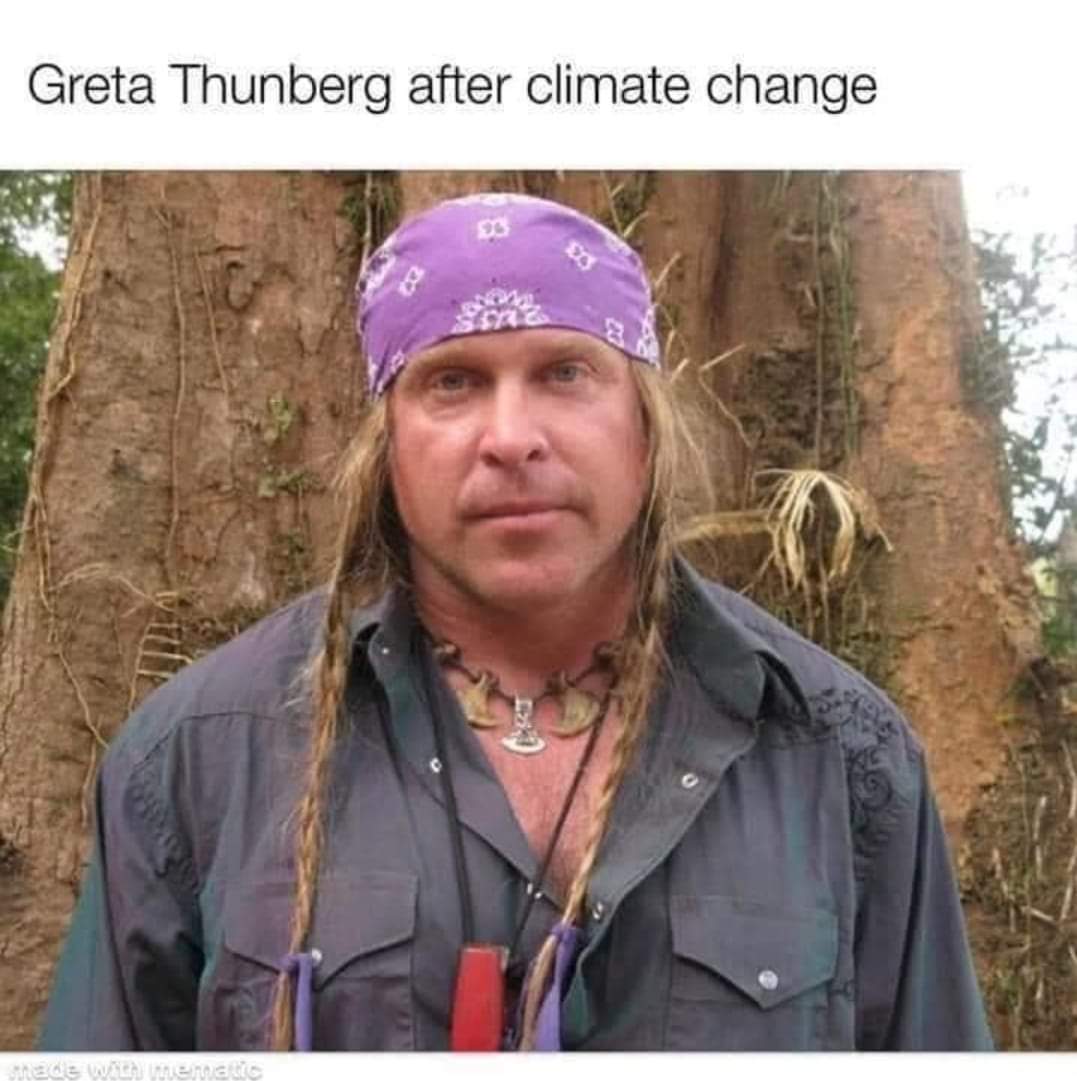