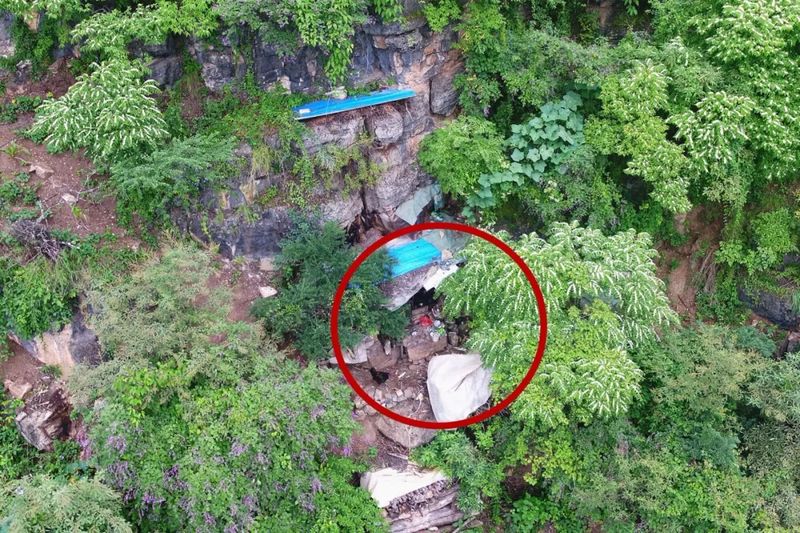 Police deployed drones after the challenging and complex mountain landscape made searching on foot too difficult. (Yongshan Police)

Song had been secluded for so long he had difficulties communicating with police,..

Chinese police have arrested a fugitive who'd been on the run for 17 years, after they used drones to spot his cave hideout.

The 63-year old, named Song Jiang by the police, had been jailed for trafficking women and children but escaped from a prison camp in 2002.

He had been living in a tiny cave cut off from human interaction for years.

Yongshan police received clues about Song's whereabouts in early September, they said on their WeChat account.

The drones eventually spotted a blue-coloured steel tile on a steep cliff as well as traces of household rubbish nearby.

https://www.bbc.com/news/world-asia-china-49874969
The idea that seeing the world is going from place to place to look at obvious things is an illusion natural to dull minds.
Top
Post Reply Previous topicNext topic
1 post • Page 1 of 1