Yeah, that place out 'there'. Anything not really Cambodia related should go here.
Post Reply Previous topicNext topic
40 posts

Jeez. They make those things public so quickly? Something feels not quite right about that.

Yep. And they already have a Press Conference scheduled: 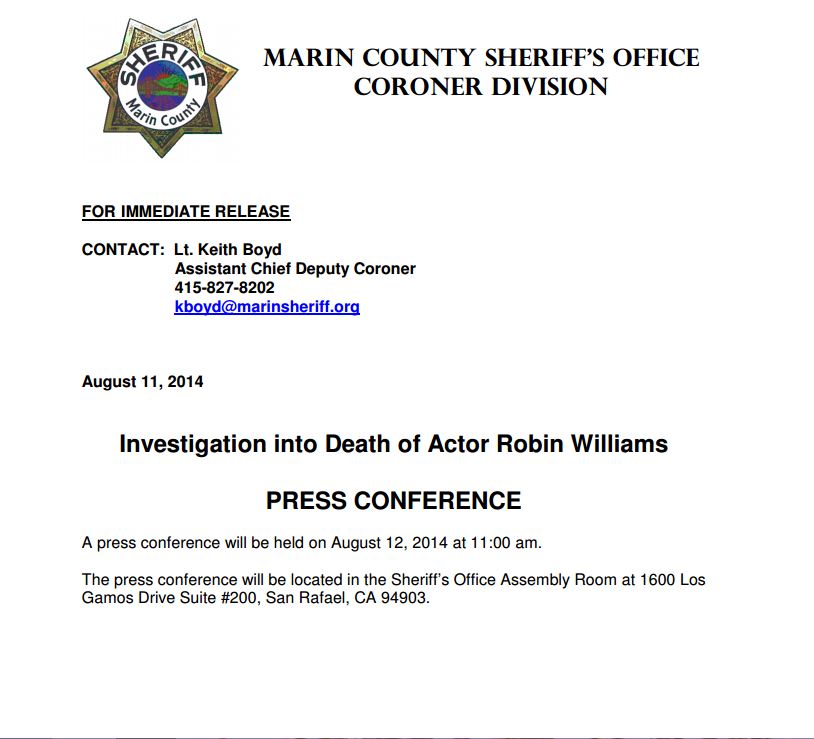 This is not the kind of news you want to start the day with. Very sad, may he rest in peace.
Top

I saw him live maybe a dozen times. He' just walk in to do sets at open mike nights at small clubs like the Holy City Zoo or the Other Cafe. I'd piss my pants, drinks out the nose, etc. I had a few drinks and played pool with him 1 night in the back room of Cafe Tosca. He gave me so much shit, I don't think I sank a ball. He came into my joint 2 or 3 times a year and was always a delight. I used to run into him around town sporadically as well. I knew he was drinking when he was telling the Talk Shows he'd been dry for years. It seemed like every time I dropped into BevMo (a huge liquor store) to pick up something for the bar, he was pushing around a full cart. Funny guy, compassionate guy, and a regular guy. He'll be missed.
Top

Severe Clinical Depression with alcoholism is a tough combination.

300 unregistered viewers reading this thread now. Seems Robin Williams was beloved by quite a few people around here too.

Welcome to CEO, new readers. Please bookmark our little forum and join in the discussions with us.
Top

RIP
Who let all of this riff-raff into the room?

^ not my favorite of his work, to be honest. American TV of that era was especially poor quality. He was always watchable on the big screen, though. He even did drama reasonably well, for a stand up comedian.

I haven't seen his recent TV series, though. Any good?
Top

I love this guy, made me bust a gut every time I heard him. I watched his new show about 5 episodes then got bored.

Scripted stuff was not his forte. Spontaneous improv was his gift and genius.

Here is some of his act talking about alcoholism.

A genius has left the building.

His portrayal in One hour Photo was very disturbing, one of his best movies, imho.