Yeah, that place out 'there'. Anything not really Cambodia related should go here.
Post Reply Previous topicNext topic
10 posts • Page 1 of 1 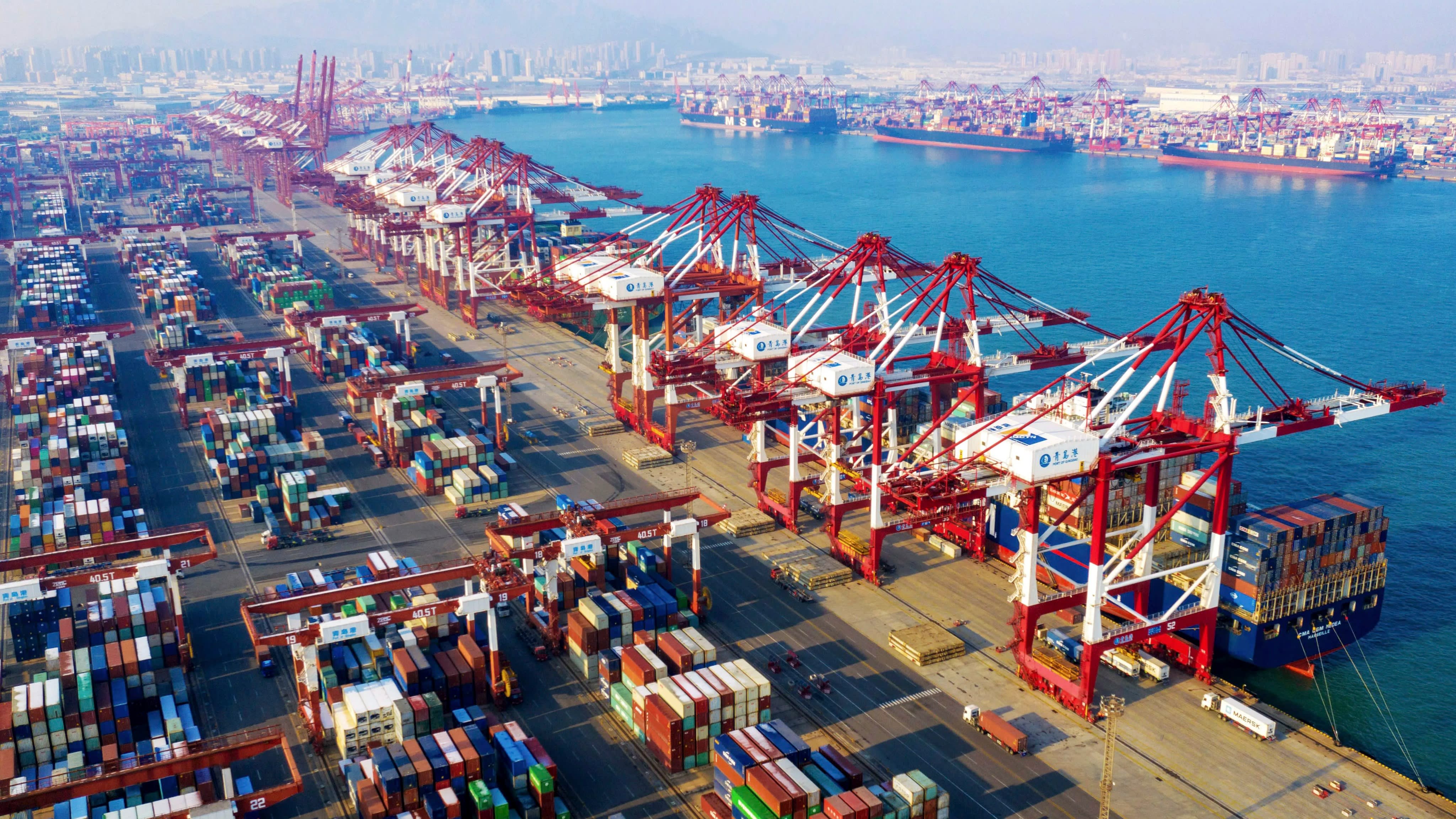 Demand for key Chinese exports such as cellphones and PCs was sluggish in 2019. © AP

SHANGHAI -- China's gross domestic product grew at the slowest pace in 29 years in 2019, as weaker exports, investment and consumer spending weighed on the economy.

The 6.1% expansion marked a slowdown from the 6.6% growth seen the previous year, the National Bureau of Statistics said Friday. Growth in the last quarter of 2019 equaled the 6.0% logged in the July-September period.

The bureau said China will remain vigilant of mounting downward pressure from a global economic slowdown and domestic structural issues. The downward trend will not be helped by a sliding birthrate, rising unemployment and problems in the banking sector.

The 0.5 percentage point decline in the growth rate from the previous year is the biggest since a 1.7 point year-on-year slowdown in 2012. The rate of growth in 2019 was lower than the median 6.2% expansion forecast by economists surveyed by Nikkei, but within the 6% to 6.5% range set by the government.

"Economic activity picked up last month, helping to avert a further slowdown last quarter," Julian Evans-Pritchard and Martin Rasmussen wrote in an emailed note. "External headwinds should ease further in the coming quarters thanks to the 'Phase One' trade deal and a recovery in global growth. But we think this will be offset by a renewed slowdown in domestic demand, triggering further monetary easing."

Total retail sales of consumer goods including e-commerce slowed to 8%, from 9% in 2018, while fixed-asset investment including infrastructure and factory construction decreased to 5.4% from 5.9%.

China also unveiled data on Friday showing the nation's population growth rate (births minus deaths) falling to 3.34 per thousand in 2019 -- the lowest since 1961, and down from 3.81 the previous year. The decline in the fertility rate in an aging society is another headwind for economic growth.

The moderation in full-year growth reflected lower demand for Chinese goods, which has been dampened by the trade war with the U.S., and weaker global electronics orders, according to Rajiv Biswas, Asia chief economist at IHS Markit.

Demand for key Chinese exports such as cellphones and PCs was sluggish. Exports of products subject to higher U.S. tariffs, such as furniture and textiles, also slumped

Despite a "phase-one" deal reached between Beijing and Washington on Wednesday, which will see the U.S. lower tariffs on $120 billion of Chinese goods in return for Beijing buying $40 billion worth of American farm goods, economists remained downbeat on China's growth outlook this year.

"While businesses and investors can afford to breath a sign of relief, after a difficult 2019, we still see risks to the China outlook as mainly weighted to the downside, given the fragile nature of the trade truce and the risks that still stalk China's financial markets," according to Tom Rafferty at the Economist Intelligence Unit.

More than 20 economists surveyed by Nikkei forecast a median 5.9% expansion in 2020, with many expressing concern about local governments' worsening fiscal positions and lackluster manufacturing investment.

"The pace of growth is expected to edge lower to below 6%, as ongoing structural reforms in the Chinese economy and the continued impact of [the] remaining U.S. tariffs of 25% on $250 billion of Chinese products remain a slight drag on the growth outlook," said Biswas.

More fiscal stimulus could be on the way, as the government said during a high-level economic work meeting last month that it will prioritize "stability" to mitigate rising domestic risks.

"Consumer spending has yet to pick up the baton from investment as an engine of growth," said Diana Choyleva, chief economist at Enodo Economics.

But the truce in the trade war with Washington may bring some temporary relief for business confidence, according to Fitch Ratings, which on Friday raised its outlook for GDP growth in 2020 to 5.9%, up 0.2 percentage points.
Top

6% compounded over the next ten years is still a very scary number -
especially when you compare that total increase in China's GDP - to what the Wests 2% (if we are lucky) compounds too in that same time-frame.
Frightening.

personally i reckon China has more chance of averaging 6% growth over 10 years - than we do of getting 2.5%.
Even 2% and we would probably call ourselves lucky.

So, China doubling in size in about 12 years.
We will be one quarter bigger, a third if we are very lucky
Last edited by SternAAlbifrons on Sat Jan 18, 2020 12:20 am, edited 1 time in total.
Top

North America is phasing out china..
It is going to stop its theft of intellectual property.
It doesn't need china.
North America is energy independent...an energy exporter.
When china renigs on the latest deal...stiffer tarrifs will be sanctioned.
it may be scary to the eu...
Not to North America.
Top

it may be scary to the eu...
Not to North America.

The USA became so strong, in large part, by being the most powerful nation economically
On any realistic projection you want to make - China is going to supplant that supremacy very quickly and very greatly.

Hey, i agree about US becoming more self sufficient again. Every country should!
I always hated the "Global Free Trade" regime that the US insisted we all sign up to for the past 50 years. 'Hated it !

- and you guys are just realising some of the implications yourself now. And pulling right back.
But sorry to advise you - this course will absolutely ensure the US is no longer the dominant world power.
I regret that. China is going to be much worse.

Good luck, sincerely, if you think you can become insular, independent, self sufficient. Good thing!
But you are going to miss out big time from not dominating the worlds economy like you used to.
That was a shit load of money, Bro5, you used to steer your way by running the show.
Top

Meanwhile the USA GDP is growing at less than 2% a year, and it's deficit is higher than ever. Good look with that.
Silence, exile, and cunning.
Top


Sure, the USA doesn't need China, the country that manufactures most of its consumer goods. Maybe you can get some of your corporations like Apple to move production back to Philadelphia or Detroit, sound like a great plan.

Still remember back in the day when i wrote a white paper on china, hk and taiwans integration and its economic impact... Dumb professor said i was off base... Feels so proud of myself albeit im still broke as crap but i guess i feel a bit vindicated..

China's issue is that it has too many peeps.. that issue will ultimately be something that will prevent future growth... Where it resides on the bell curve is anyones guess.
Top

I think those figures for China are a bit misleading as lots of investments and business is owned by China and done outside of China. Think of the coal mines, dams, railways, buildings, ports , etc that are owned and operated by China in other countries and these are not taken into account and if they were to have been done in China then their GDP would be ???
Cambodia,,,, Don't fall in love with her.
Like the spoilt child she is, she will not be happy till she destroys herself from within and breaks your heart.
Top

The economy grows with 6% while car sales are down 10%. Strange...
Top
Post Reply Previous topicNext topic
10 posts • Page 1 of 1