The Roxy: inside Thailand's abandoned nightclub.

The Roxy: inside Thailand's abandoned nightclub. 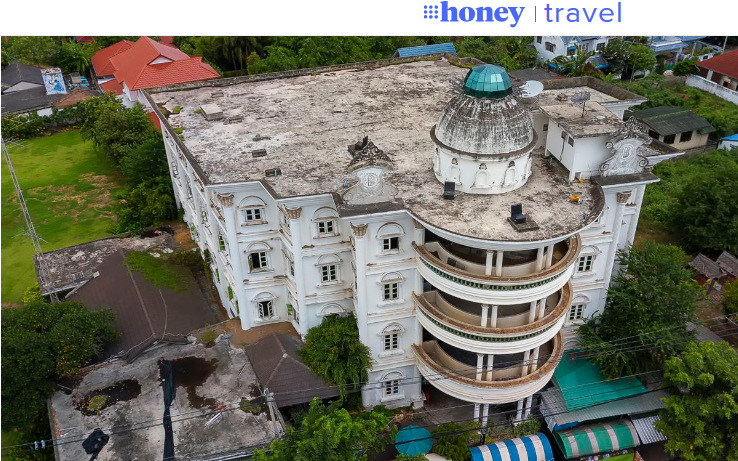 Some of the details throughout the residence are exquisite, from the winding stairwells to the ornate domes on the rooftop.

From the mid-'80s to the early 2000s, The Roxy was the place to be in Petchaburi, a province in central Thailand, bordering Myanmar. Locals would flock to the stunning neoclassical-style party palace for a 'disco' on Friday and Saturday nights. Today, the once grand building lies in a crumbling state of decay after being abandoned following a chilling incident that it never really recovered from

A motorbike subculture in Thailand known as "dek-wvan" was at the centre of the tragic story, according to Ward. An altercation at the club saw one dek-wvan fatally shoot another."The club reopened some time after the bad publicity had died down, but eventually closed again for the final time due to fire damage," Ward wrote.

After 11 years of laying empty, the open-air structure is gradually being reclaimed by nature, with creeping vines and foilage clinging to the bording columns and weaving their way through the property.

full https://travel.nine.com.au/latest/aband ... 291bdad8#4
The idea that seeing the world is going from place to place to look at obvious things is an illusion natural to dull minds.
Top
Post Reply Previous topicNext topic
1 post • Page 1 of 1