Thailand is Cambodia's neighbor to the West, and this forum is dedicated to Thai news, stories, reviews, blogs, videos, Thai people and anything else related to the country. A lot of expats have both lived and worked in Cambodia and Thailand, and this area is a place to discuss all aspects of life in Thailand and what's going on there. Most topics are about Bangkok and Pattaya because of their larger populations of expatriates and tourists in those cities, but this is for all things Thai.
Post Reply Previous topicNext topic
117 posts

well let the people oil up his palms, grease his fingers, and then throw his inept ass out of govt and military for good! that's the least he deserves for absolutely Fing up Thailand from the shutdown.
Top

Don't get your hopes up, the Thais are obeying the curfew from their present dick-tater like little sheep. Sorry if that's not the kind of thing people want to hear, but it looks like the Shins have thrown in the towel.
Top

In todays BKK Post, Dear Leader General Prayut (all heil) has spoken his edicts on the economy and said "Tourism, tourist destinations and hotels will be improved so that tourists will have confidence and return to Thailand. We will take special care of public health," the prime minister said.

He's closed the airports, banned flights, closed the hotels, restaurants, bars, and many supporting industries for the tourism industry, and now seems to think that Thailand under his rule will be so attractive to foreigners, especially the rich ones, and the chinese hordes.

IMO, 6 months after he some day in the future re-opens the country, he will be scratching his ass wondering "gee - where all the tourists?"

and quoted from BKK Post,
Speaking about the employment situation, Gen Prayut said, "If workplaces reopen, there will be employment and salaries... If factories reopen and employ people, rehabilitation will start."
Heil Prayut - if he wishes it - it will therefore be.
Out of touch, out of brains, and out of his mind if he thinks after having killed 10%+ of the economy (travel/tourism) and shut down another at least 10% factories, and probably another 10% restaurants and other service businesses, that they will magically re-start as if they were just on vacation.

It's only a big problem if you live in Thailand.

This disease certainly came at a convenient time for the Thai military Government. The colleges were just warming up.
Top

Until they open the borders, there's no escape.

You can fly out, you just won't get back in. If you want to escape, that shouldn't be a concern. I could escape tonight if I wanted to.
Top 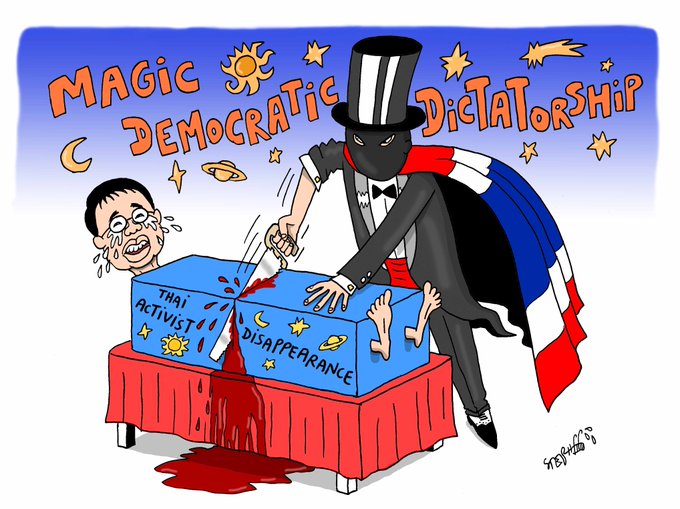 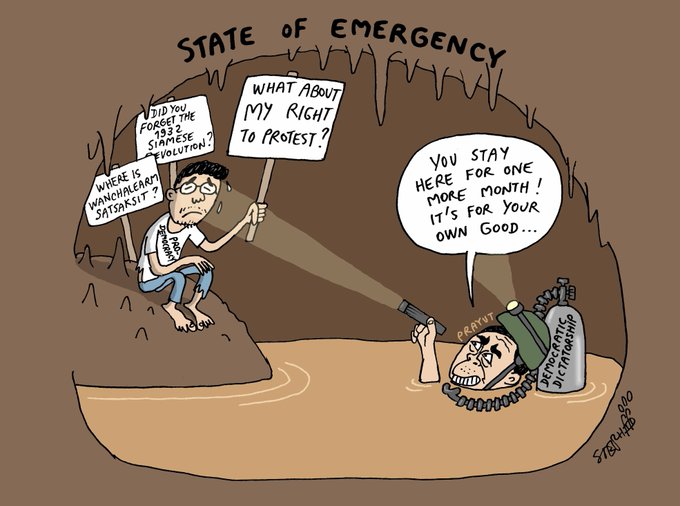