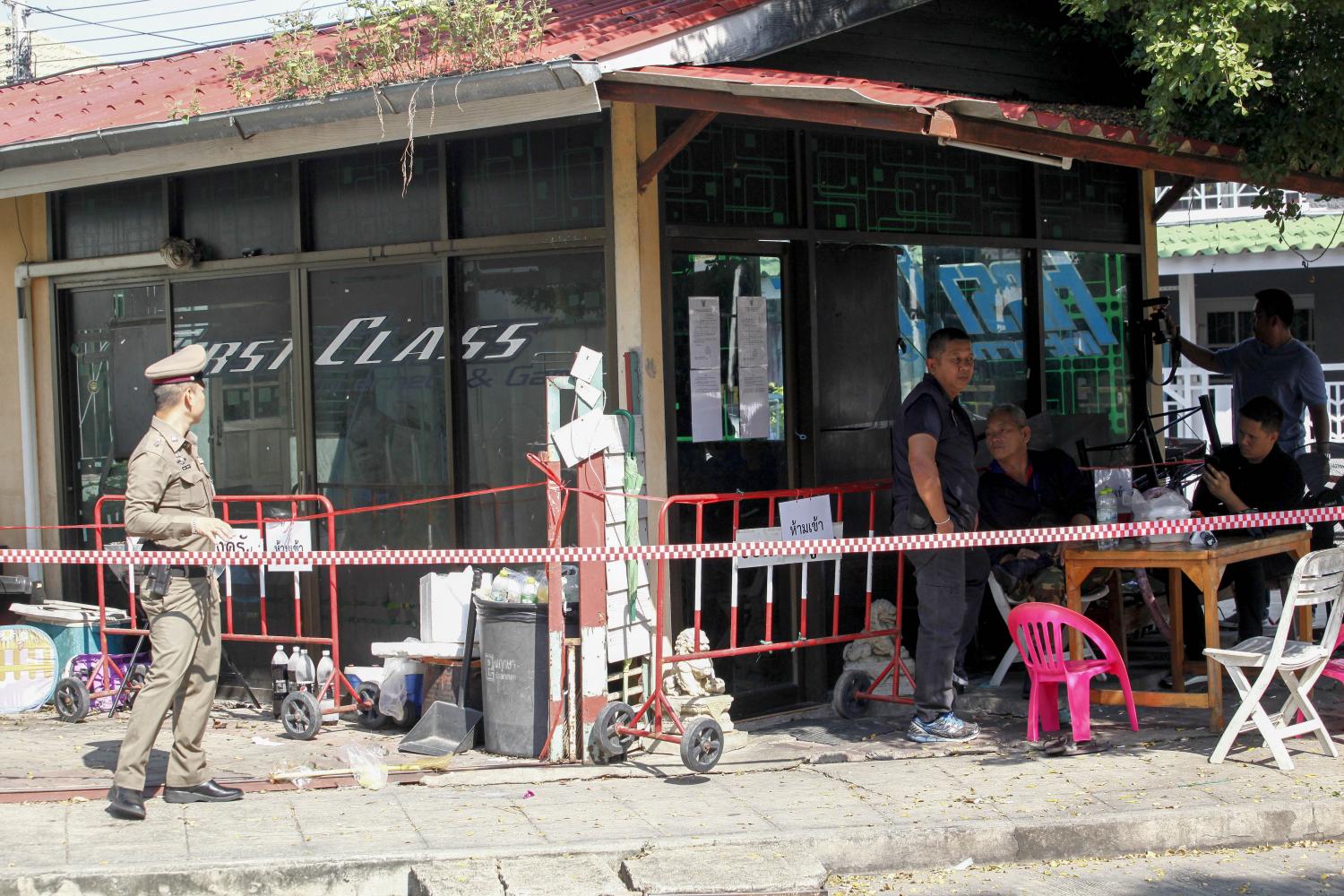 Police seal off a house in Bang Bua Thong where young model Thitima 'Lunlabelle' Noraphanpiphat was hired to attend a party before she was found dead on Sept 17. Patarapong Chatpattarasill

As investigators probe the death of young model-for-hire Thitima Noraphanpiphat, more is being revealed about the murky world of this service industry, including illicit drug use and commercial sex.

And it's not only illicit drugs that are found in such places. Also well known is that some of the models hired for such parties sell sex. Some do it intentionally, but other young women are lured into illicit acts through blackmail or the use of drugs.

Gangster-types frequent such places, which are scattered in the outskirts of Bangkok, in order to stay under the radar of the law. Some double as small restaurants or pubs so as not to attract the attention of authorities. It's also an open secret that the very same authorities often have a hand in these illicit businesses, enabling the gangsters to operate.

Reports indicate that pretties are often well educated and from relatively well-off families, but are forced into the "grey" business because they cannot make ends meet with conventional jobs. Some may not want to be involved in drugs or sex, but fall victim to pressure from gangsters who frequent this murky world.

The Lunlabelle case has gripped the nation. But admit it, the "Bang Bua Thong party" is nothing new. Such gatherings have become trendy among drug users.

full https://www.bangkokpost.com/opinion/opi ... ai-society
The idea that seeing the world is going from place to place to look at obvious things is an illusion natural to dull minds.
Top

"As Calcutta smells of death and Bombay of money, Bangkok smells of sex, but this sexual aroma is mingled with the sharper whiffs of death and money."
Paul Theroux, The Great Railway Bazaar
Top

On Saturday in the Bangkok Post this case ran alongside one reporting that charges of underage sex trafficking against key influential players in the Victoria Secrets case in Chiang Rai/Mai had been dropped by the legal powers that be.