3 inmates, one of them American, shoot policeman and flee

Thailand is Cambodia's neighbor to the West, and this forum is dedicated to Thai news, stories, reviews, blogs, videos, Thai people and anything else related to the country. A lot of expats have both lived and worked in Cambodia and Thailand, and this area is a place to discuss all aspects of life in Thailand and what's going on there. Most topics are about Bangkok and Pattaya because of their larger populations of expatriates and tourists in those cities, but this is for all things Thai.
Post Reply Previous topicNext topic
83 posts

3 inmates, one of them American, shoot policeman and flee

CHON BURI: Three drug inmates, one of them an American, shot and stabbed a police officer at the Provincial Court in Pattaya before fleeing in what appeared to be a getaway pickup truck on Monday.

The Courts of Justice identified the inmates as Noi Nilthes, Sirinapa Wisetrit and an American national, Allen Helmus.

The three are being tried on drug charges. Ms Sirinapa is Mr Helmus’s wife and they were charged together while Mr Noi faced the drug offence separately.

Shortly after the three inmates arrived at the court, loud shouts were heard, followed by the sound of gunshots.

Pol Capt Thanamet was reported to be in a critical condition at a local hospital.

The three, who were shackled, then ran from the back of the court’s compound to the car park and fired a few shots in the air before getting into an Isuzu pick-up truck and speeding off along the Thep Prasit Road.

It was unclear how the inmates obtained the gun and the knife and whether the Isuzu pick-up truck had been parked there to help with their escape.

Mr Suriyan said the Pattaya police were reviewing footage from the surveillance cameras installed along the inmates’ escape route. The crime appeared to have been planned, he added.

According to the court, Mr Noi was indicted on a charge of possessing 229,800 methamphetamine pills and 100 Ecstacy tablets. Mr Helmus and Ms Sirinapa face trial for possessing a kilogramme of crystal methamphetamine or "ya ice". 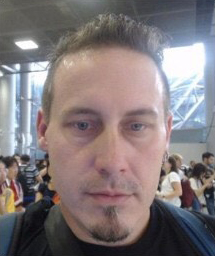 
39-year-old Bart Allen Helmus and his Thai wife, 30-year-old Sirinapa Wisetrit were arrested after they sold 10 grams of crystal ‘ice’ to undercover police. The American told police that they had acquired the drugs on the dark web.
Thai police moved on a condominium in Bang Lamung in Pattaya on Saturday to arrest an American man and his Thai wife dealing in drugs. The two were selling the highly addictive crystal methamphetamine substance or ‘ice’. It followed an undercover sting operation by Pattaya police which had targeted the two for some time. 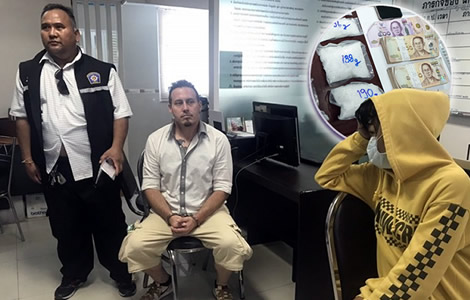 39-year-old Bart Allen Helmus and his Thai wife, 30-year-old Sirinapa Wisetrit pictured followed their arrest on Saturday in Pattaya when police seized nearly 1 kg of ‘ice’ or crystal methamphetamine, a gun with 200 bullets and ฿205,500 in cash. The American has admitted to dealing in drugs and told police that he bought the stash of crystal methamphetamine or ‘ice’ on the internet’s dark web.
Thai police in Pattaya have arrested a middle-aged American man and his Thai wife after a drug sting operation in Bang Lamung today and follow-up raid. The raid on the couple’s apartment in the seaside city occurred after officers mounted a sting operation in which they posed as buyers for the crystal methamphetamine drug or ‘ice’ that the couple had become known for selling in the area. Police have confirmed that the 39-year-old man is an American citizen. https://www.thaiexaminer.com/thai-news- ... s-pattaya/
Top

DO NOT APPROACH.
Update: Three dangerous escaped prisoners, including American, still on loose in Pattaya area, Police set up roadblocks, perimeter and checkpoints across Chonburi area 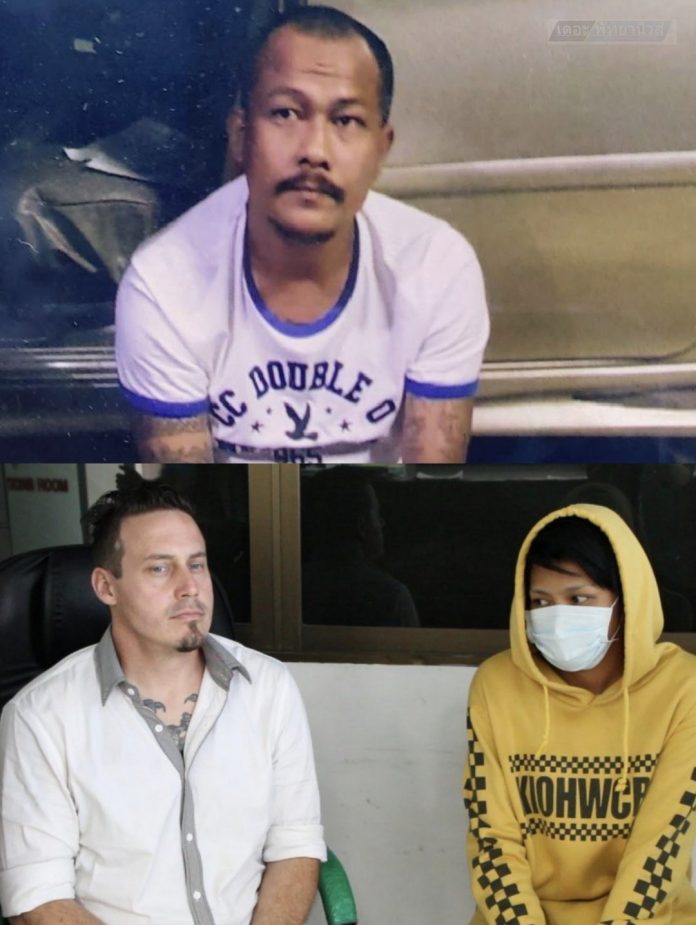 Suspects are considered armed and dangerous and if spotted the public should call the police immediately.
By
Adam Judd - November 4, 2019

Pattaya- Hours after a daring daytime escape Monday afternoon from holding cells at the Pattaya Provincial court three wanted prisoners described as armed and highly dangerous remain on the loose.

The three prisoners, who were named to the press as Mr. Bart Allen Helmus, 39, an American citizen, his wife Sirinapha Wisetrit, 31 and a 41-year-old Thai man, Mr, Noi Ton Nintet escaped the Pattaya Provincial court around 3:30 PM this afternoon. CCTV at the scene shows a chaotic scene, with the prisoners stabbing one guard and threatening others with a firearm. It is unclear at the time how the prisoners obtained the weapons and the incident is under investigation.

After stabbing one police officer, Capt. Tanamet Potipan, the trio allegedly took his prison keys and let themselves out of the prison to where a waiting bronze Izuzu D-Max pickup truck was waiting for them, with no signs of registration or license.

The injured officer is currently in surgery at a local hospital and in serious condition.

Pattaya and Chonburi police have set up checkpoints throughout the greater Chonburi area and also notified the US Embassy and Immigration border checkpoints within reach of Pattaya. They believe that the trio is still in the area and currently lying low, waiting for the opportunity to flee.

Checkpoints will remain in place overnight and police are reviewing CCTV of their escape route and conducting searches of locations where it is possible the trio fled to.

Officials warned that the suspects are considered armed and very dangerous and the public should not approach them but rather immediately call the police if they are spotted.
https://thepattayanews.com/2019/11/04/u ... buri-area/
Cambodia Expats Online: Bringing you breaking news from Cambodia before you read it anywhere else!

Crazy the things that happen in KOW and LOS that justt seem straight out of the movies. Guess with a haul like that he's looking at a death sentence (tho unlikely to be carried out?)so makes sense. Where would you go in this situation?
Top

A corpse is more likely the outcome, as the Thais don't normally take prisoners in cases like this.
===============
We are all puppets in the hands of an insane puppeteer...
--Brother Theodore
Top

A corpse is more likely the outcome, as the Thais don't normally take prisoners in cases like this.

I live just down from the courthouse, the paddy wagon fulll of prisoners comes down the hill past my local every night on the way to the prison. I'm very surprised they managed to make any quick getaway along Thepprasit Road as that's one of the busiest in the area plus there is a major traffic light intersection just past my Condo where they came down the hill, a police box at the intersection plus traffic lights with a police box the top of Thepprasit Road junction with the main Sukhumvit road. Hit the Sukhumvit and they should have been an easy catch in either direction. Difficult to get out of Pattaya at any rate of knots these days with the level of traffic and one thing the police are good at is roadblocks.

Users browsing this forum: No registered users and 212 guests