Bangkok’s ‘golden era’ according to expats

Bangkok’s ‘golden era’ according to expats 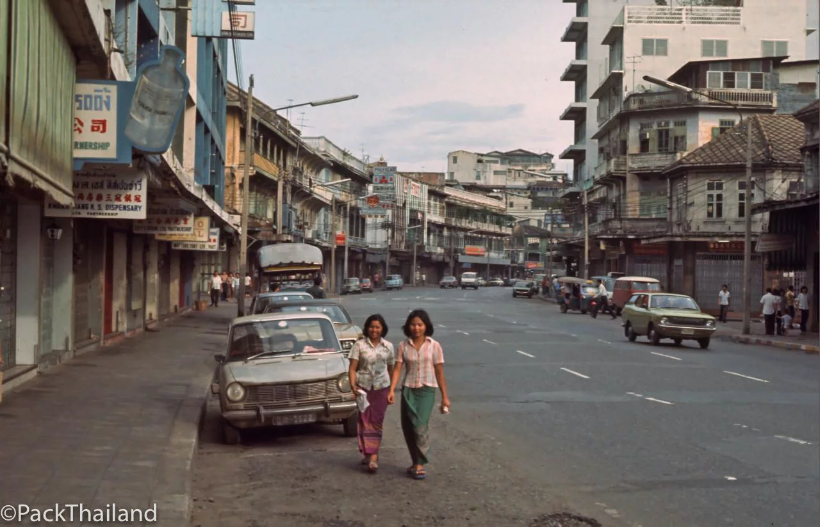 “Stand by for claims that “Thailand was so much better” when a bar girl would gush with gratitude and do cartwheels after receiving a 10 baht tip for fetching beers all afternoon and wiping down your fat, pock-marked back with an ice-cold towel.”

When did Bangkok have its golden era? Of course it depends on when you were visiting, how long and where you stayed, and what you were doing at the time. But the city has certainly had some eras in the past that people nostalgically whimsically recall as special.

‘Simone’ said… “Late 80’s and the beginning of the 90’s, when the highest building was the Dusit Thani and the first disco was The Palace. You could just put a Motorola phone on a table at The Bubble and all girls were yours while the DJ was playing ‘One night in Bangkok’. You can write a book about those times.”

“When I first visited Thailand in the late 1950s I would stand out and people would stop me in the street to take a photo with me. It was very ‘Thai’ then and very few people had any English skills at all. It was a very difficult place to live as a foreigner at that stage and things slowly improved during the 60s until we had to leave in 1969.

“The “Golden Era” is relative to the age, gender, race, sexual orientation, income, social status, nationality and experience of the individual person. Hence, the Golden Era simultaneously occurs at all times past and present, and at no time ever.”

Re: Bangkok’s ‘golden era’ according to expats

....And now it become Disneyland....but not in the good way.
Top

Re: Bangkok’s ‘golden era’ according to expats

The "golden era" for me was the 90s. Things started to slip in '97 with the economic crash and really started going downhill at Y2K and the rise of Mr. T, not to entirely blame him, but yeah, definitely didn't enjoy that period so much.
Top
Post Reply Previous topicNext topic
3 posts • Page 1 of 1

Users browsing this forum: No registered users and 220 guests