A horrific sight awaited police and rescue teams when they arrived at the scene of a head on collision between a motorcycle and a pick-up truck near the turning to the hot springs (Sa Morakot) in Krabi, southern Thailand.
Two Australian tourists were dead at the scene.
A 53 year old lady named as Hei Delin De was on the roof of a pick-up with its front smashed in.
Her husband Michael Benk De, 54, was dead on the road surface. A motorcycle with its front smashed was nearby.
Both had suffered severe injuries.
The 30 year old driver of the pick-up had walked to tell Klong Thom police about the accident.
He said that the couple were riding with another couple on another motorcycle when the deceased pair rode into his lane and there was a collision.
Police are investigating. 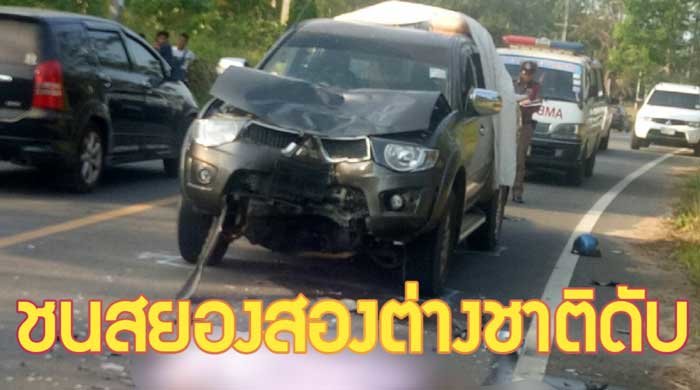 Don't Aussies drive on the wrong side of the road too?
Top