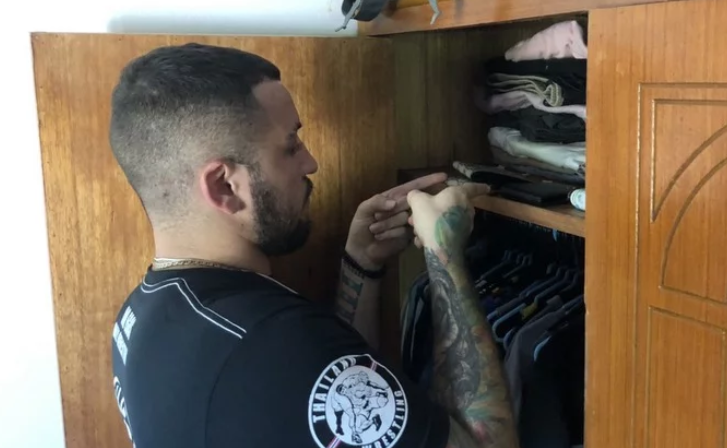 PHUKET: A 21-year-old American tourist has been charged with theft after he stole luxury brand name wallets valued at more than B43,040 from a store at Central Floresta shopping mall, Wichit Police have reported.
By Eakkapop Thongtub
Saturday 22 February 2020, 04:34PM
Chief Col Sujin Ninbordee of Wichit Police confirmed yesterday (Feb 21) that Mr Christopher Allen Braman, from Oklahoma, had visited the Gucci store at Central Floresta mall around 8pm on Wednesday (Feb 19) evening and indicated to the store manager, Ms Kantima Niyakit, he was interested in buying some goods.

Braman was apprehended by police around 3:07pm on Thursday (Feb 20) at the walkway area of Central Festival mall that connects to Floresta.
He was then instructed by police to produce the stolen goods, which had been stashed at his rental house, located at 21/57, Soi Chaofa 9 (Soi San Chao Kuan U) in Chalong subdistrict.

In addition to the theft charge, police also confirmed Braman was charged with over-staying his visa.
https://www.thephuketnews.com/american- ... -74956.php
Cambodia Expats Online: Bringing you breaking news from Cambodia before you read it anywhere else!

Fascinating. I wonder what he intended to do with those wallets. The article should say priced at xx,xxx baht since they really have zero value to 95 percent of all people.
Top