Yesterday, we saw renders of the Huawei P40 Pro with four cameras on the back, a knock against rumors of a penta-camera setup. Today, new renders appear that show both four and five cameras – what’s going on?

The second set of renders come from the reliable @evleaks. What seems to be happening is that Huawei will add three new phones to the flagship P-series instead of the usual two. Apple did it and so did Samsung, so why not Huawei? 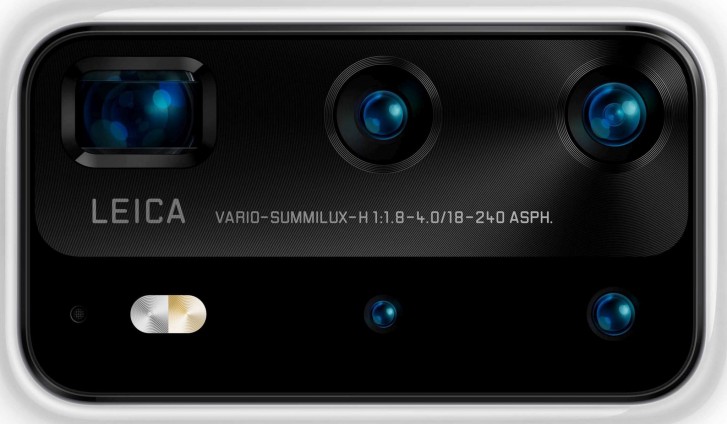 Having a closer look reveals something even more interesting – the premiere model (the one with five cameras), dubbed Huawei P40 Pro Premium Edition, has a periscope telephoto lens with 240mm focal length.

Assuming that the main camera has a 24mm lens, that’s 10x optical zoom. Compare that to the four camera model, the Huawei P40 Pro, which has a 125mm periscope lens. That should be 5x optical zoom.

Both versions have an 18mm ultra wide camera. The two additional cameras on the P40 Pro Premium are probably a dedicated macro cam and a 3D ToF sensor. The P40 Pro will have a ToF sensor, according to Teme, another leakster covering the P40 phones. 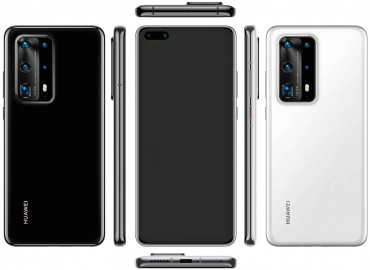 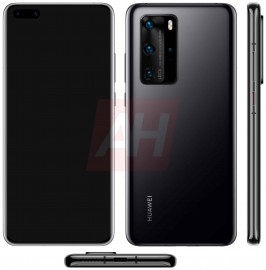 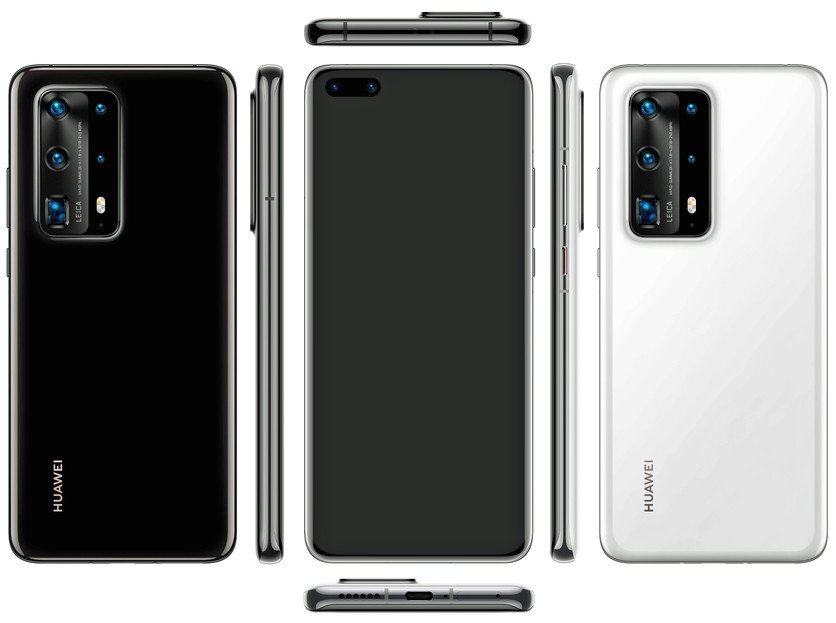 Earlier this week, an alleged press render of the Huawei P40 had been leaked online, giving us a look at the upcoming smartphone from every angle. A render of the P40 Pro had also surfaced yesterday, revealing all the color options that the phone will be available in. Now, reliable leaker Evan Blass has shared a new render of the flagship P40 Pro, giving us a good look at its design from all sides.

The latest render of the Huawei P40 Pro reaffirms the presence of a pill-shaped hole-punch cutout on the top left corner of the display, housing dual selfie cameras. While the previously leaked render of the P40 Pro had shown a quad camera array on the back of the phone, the latest render reveals a more impressive penta-lens camera setup. It also suggests the phone will come with a premium ceramic build. Even though Blass hasn't confirmed it, some are suggesting Huawei may launch three P40 series phones this year. The variant seen in the render above could be a "premium" version of the P40 Pro.

Additionally, the render confirms the P40 Pro will have the power as well as volume control buttons on the right side. At the bottom of the phone will be a USB Type-C port, flanked by a speaker grill and the SIM card slot.

While the P40 Pro appears to be largely identical to the standard P40 in terms of design, there will be a few key differences. Unlike the P40 Pro, the P40 will come with a triple-camera array at the back. And while the Huawei P40 will have a flat display measuring around 6.2-inches, the P40 Pro will have a curved display measuring between 6.5 and 6.7-inches. Both the phones are slated to make their global debut at an event in Paris in March.
Top

Launching in March no pricing yet
Top

But no access to google play store apps?
Top

Perfect for taking illegal pictures of the palace..
Top

Not as long as the sanctions are in place. The trade deals are currently being renegotiated. The u.s. Is still firmly against their 5g proposals though. The U.K. Seems to be favoring them, possibly due to economic concerns, possibly as in independence movement, the five eyes treaty may suffer. All quite interesting from an uninvolved standpoint.
https://www.bbc.com/news/technology-51112232
https://www.wired.com/story/huawei-harm ... placement/
Etc.
And he sang as he watched and waited till his billy boiled
Top

Huawei is throwing a lot of $$$ at app developers to support their own OS...incl. $US1 billion to Indian developers..

Huawei is expected to launch its P40 lineup of flagship smartphones in the first quarter of this year. However, late last week leaked press renders of the upcoming Huawei P40 Pro surfaced online, giving us our first look at the device. The renders revealed that the device will feature a quad-camera setup, a curved display, and a pill-shaped punch-hole cutout to house the dual selfie cameras. Now, renowned leakster @evleaks has revealed that Huawei will be offering another variant of the P40 Pro with a slightly more premium design and features. 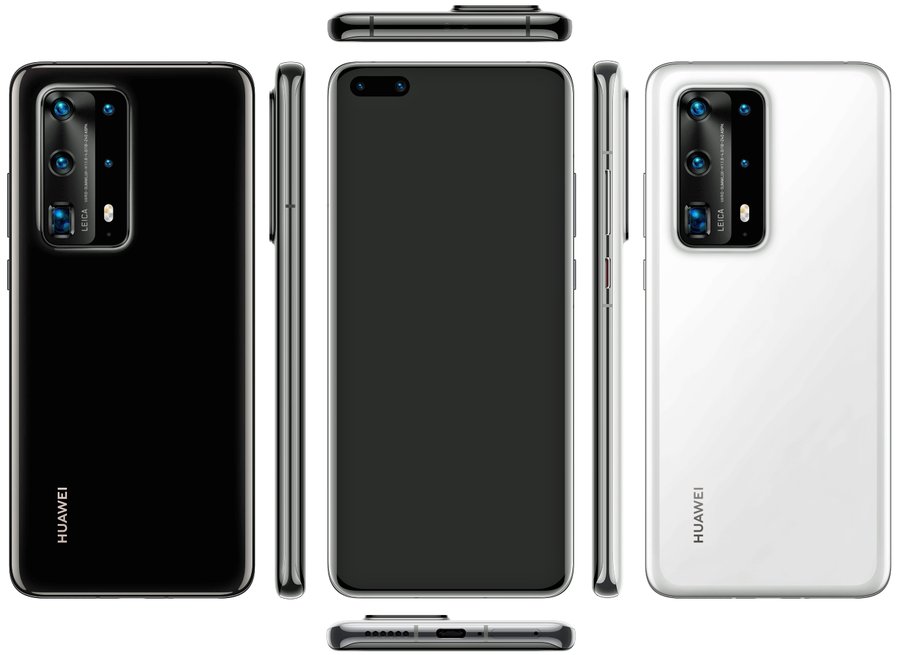 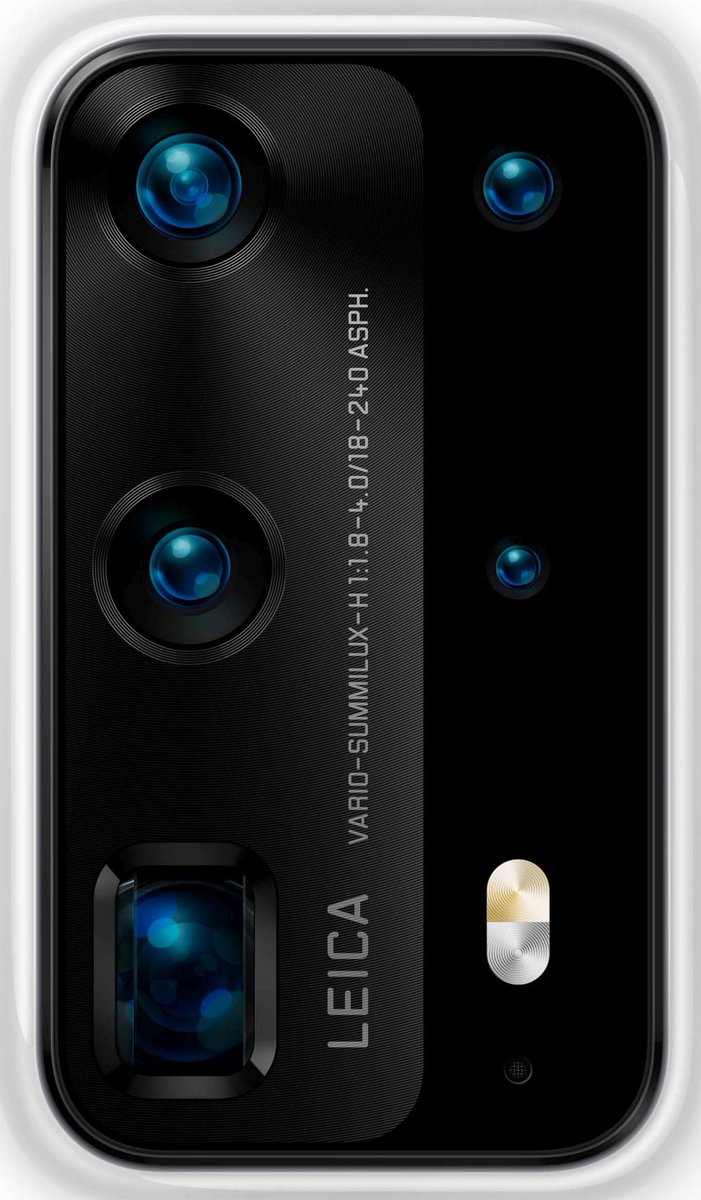 However, we currently have no clue about the fifth sensor on the device. All of these cameras are enclosed within a rectangular camera module which fits the general aesthetic of other late 2019/2020 smartphones, much like the Galaxy S20 lineup. It’s also worth noting that the P40 Pro “Premium Edition” isn’t the first device to feature a ceramic backplate. We’ve previously seen a similar aesthetic on several devices, including the Xiaomi Mi MIX series, the Galaxy S10+, and Huawei’s own Ascend P7.
Top
Post Reply Previous topicNext topic
13 posts

Users browsing this forum: No registered users and 58 guests