Of course, that depends on how exactly you define it: Is it a game, a mod, or “a mod of a remake of a mod based on a map from another game?” 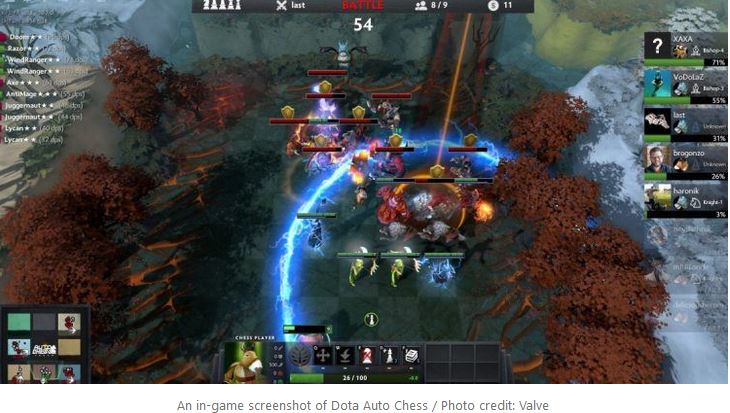 Whatever it is, Dota Auto Chess is a strategy game made by Drodo Studio in China. The game essentially consists of two phases. First is the preparation round, where you pick heroes to assemble an army, and then place them on the board. After that is the battle round, where the “auto” in the game’s name comes from because all you can do is sit back and watch your army take on your opponent – and hope that you set everything up properly in the preparation round.

If you think you’ve heard of something before, you’re not alone. People have been pointing out the resemblance between Dota Auto Chess and various Warcraft III custom maps, like the (unofficial) Pokemon Defense or Fighting the Three Kingdoms in China.
...

There’s another inspiration for this mechanics, and it’s also an older game – much, much older – mahjong.

The developers say that they’ve incorporated many elements of the ancient Chinese tile-based game (which happens to be Mao Zedong’s favorite) in Dota Auto Chess. The merging mechanics I mentioned before? That’s inspired by mahjong, which rewards players for playing three of the same tile.

Each hero in Dota Auto Chess also belongs to both a species and a class – like Puck, who happens to be a dragon, elf, and mage all at once. That’s similar to mahjong, where tiles have both a number (say, one) and a suit (like bamboo). To win in both games, having the right combination of those attributes is crucial.

And since there are only a limited number of tiles in mahjong or heroes in Dota Auto Chess, grabbing the right ones from the pile is critical. Both games require players to pay attention to what their opponents draw and figure out how best to counter and prevent them from getting other good tiles or heroes.
https://www.techinasia.com/popular-pc-g ... ed-mahjong
Cambodia Expats Online: Bringing you breaking news from Cambodia before you read it anywhere else!

Users browsing this forum: No registered users and 29 guests