The Fight Outside the Ring

The Fight Outside the Ring 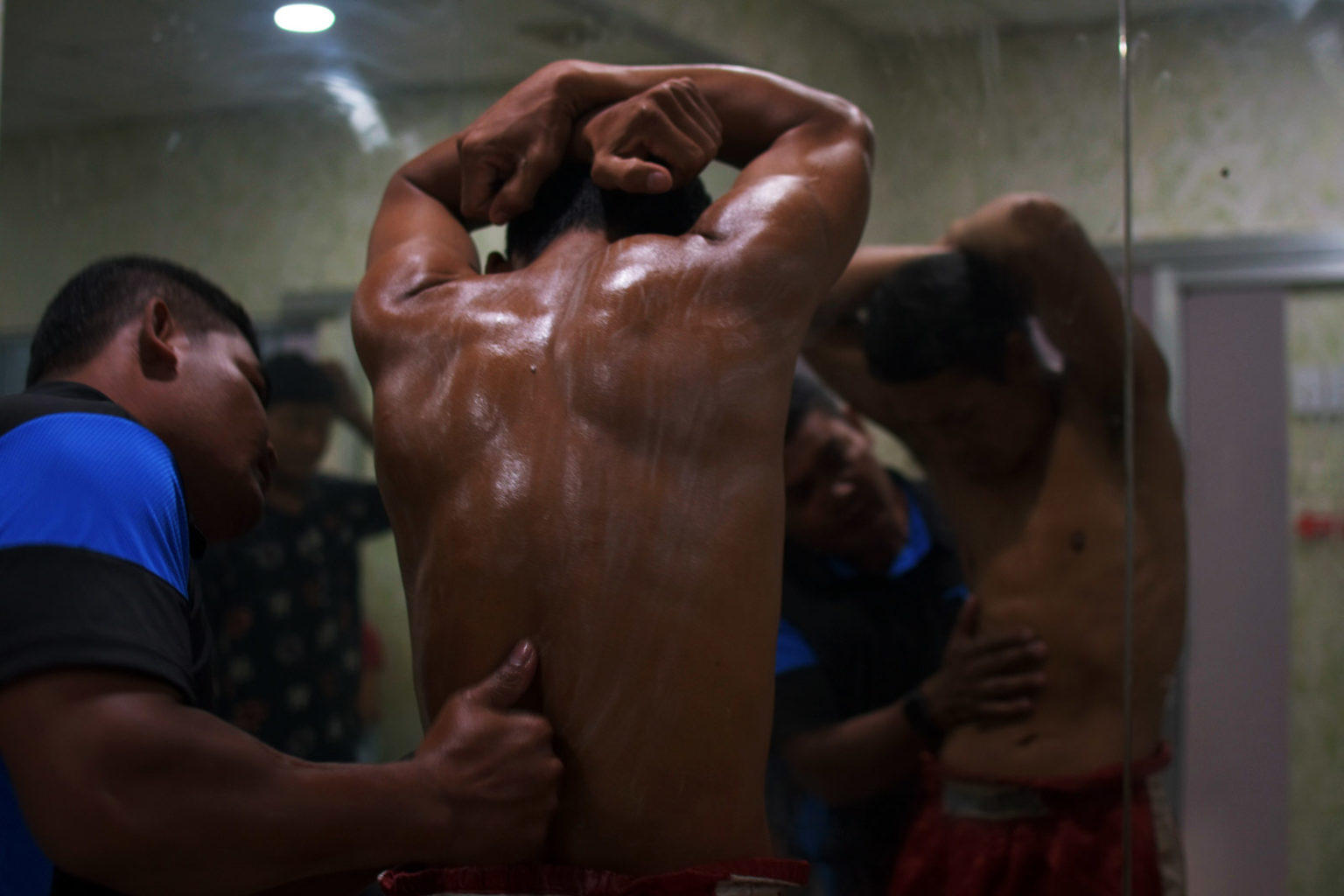 The career of a Kun Khmer fighter is marred by physical and mental obstacles. What motivates these men to put their bodies on the line?

One of three weekly fights per week across Phnom Penh, Cambodians young and old gather at Cambodia Television Network (CTN) studios on a sticky humid Sunday afternoon to support their favourite Kun Khmer fighters. Also known as Pradal Serey, translating as ‘free fighting’ in Khmer, Kun Khmer is Cambodia’s traditional martial art and combat sport which centres itself on controlling and regulating violence, not indulging in it.

Pantha is one of hundreds of young Cambodian fighters that have swapped their home in the provinces for Phnom Penh. At the age of seventeen, the Prey Veng province native set his sights on Kun Khmer, joining one of dozens of boxing gyms scattered around the capital, fueled by his passion for the martial art, as well as his need to earn enough money to survive.

At first, Pantha earned around $50 per fight – barely enough to cover food expenses. But as his reputation and prestige has grown with 65 fights under his belt, he now earns between $350 to $400 per fight, competing twice per month.

Without a contract or health insurance, Chamreoun’s injury almost cost him his career, as well as placed him in a crippling financial bind. Like Rathana, Chamreoun’s side-family business saved him from complete financial ruin while he was unable to earn money from competing.

When the 40-year old retired champion stops to catch his breath, he gestures towards his beat-up boxing gym, set up in a corner of the colonial era stadium, complete with strewn mats, punching bags dangling off coarse rope, and black tires used for training peppering the ground. His grin serves as a warm and wide invitation to observe his afternoon session training some of Cambodia’s most promising Kun Khmer fighters.

full.https://southeastasiaglobe.com/the-figh ... -the-ring/
The idea that seeing the world is going from place to place to look at obvious things is an illusion natural to dull minds.
Top
Post Reply Previous topicNext topic
1 post • Page 1 of 1