Does anyone know which bars will be staying open for the world cup games?

I know Score said they will be open but does anyone know of any others?

I'm guessing the Pickled Parrot will be open but don't know if they will be showing the games are they are more into the rugby, AFL and rugby league.
Top

i'd say sundance for sure...quealy's will probably show a few games and the bars around GSM are bound to be showing the games...
Top

The Gym Bar is a good bet and Paddy Rice will, if you can find a seat not behind a pillar
Top

Last I heard Charlie Harpers will be doing the games as well, for those in Sihanoukville.
Top 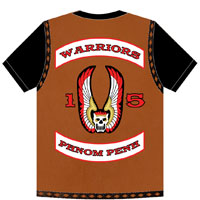 At Eden's old place he had games on a big projection screen. Not sure of the set up he has at 3 mangos now.

I'm having lunch here now so will ask him when I see him if he is going to show it and report back.
Top

Do we actually know which channel will be covering the live games on cable TV?

I don't watch too much TV and haven't seen any adverts so I'm worried that its not going to be on. I hope its not only going to be on the Khmer channel as there is only so much mio teit, mio teit, I can take.
According to the proverb: The pun is mightier than the sword
Top

I'm at score now and just spoken to the owner Pascal. He has said he will be open for all World Cup games with food available.

He is going to email me a menu of what food is available which I will post once received.

Here's to watching England choke in the football world cups like the kiwis do with the rugby, (at least the kiwis win on home soil).
Top

But what about the lesser games, are they going to be on TV? Whilst I'm all in for drinking I'm not so sure the wife will buy "just popping down to Score at 5am to watch Ghana v USA".
According to the proverb: The pun is mightier than the sword
Top

Can anyone recommend a streaming site?

Not going out early morning so some turd-whirled fluffy bunny freshie soyboy can rip off my bike.
Jesus loves you...Mexico is great, right?