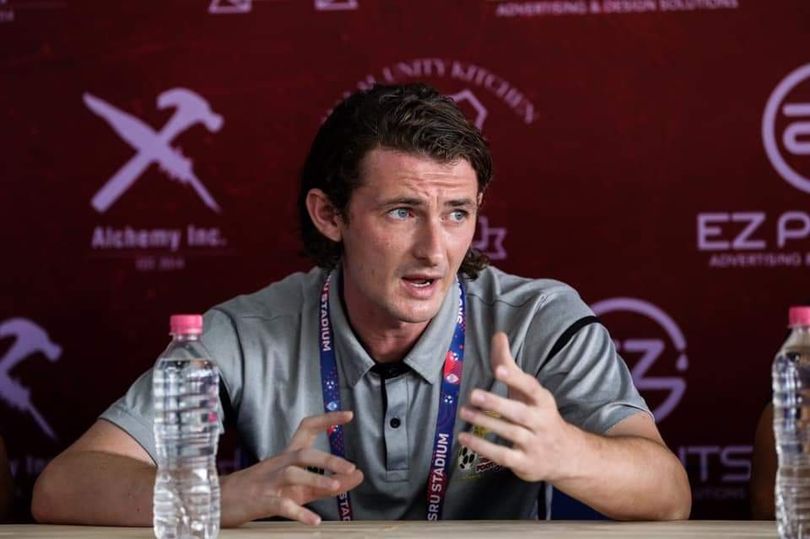 At only 30 years of age, he is our youngest head coach in full-time employment.

He also happens to be managing on the other side of the world, 7,000 miles from home.

Originally from West Belfast, you’ll now find Colum in an Asian dugout, at the helm of C-League club Visakha FC in the Cambodian capital of Phnom Penh.

It has been quite a journey for the former Irish League player who has also worked as a youth coach in China and under Jim Magilton at the Irish FA.

“Not for a moment did I think that my first managerial job would be in Cambodia,” said Colum. “It's fair to say things have happened very quickly, but it’s been a fantastic experience so far.

“It’s a bit of a sink or swim scenario, but I’m confident in my own ability and I’ve a lot of people I can lean on for advice back home.

“I’ve always been open minded and I view it as a great opportunity to continue learning and hopefully progress as a coach and manager.”

Curtis, who was on the books of several Irish League clubs including Knockbreda, Ards, Loughgall and Bangor, got his first taste of foreign coaching working in China in 2015.

He was appointed assistant director and then director of coaching of a grassroots club based in Beijing and had 16 staff working under him.

“It was really beneficial and a great learning experience in improving my coaching and also managing different people,” said Colum.

The Belfast native has fiancee Sinéad McGee - a teacher specialising in languages and translation - to thank for broadening his football horizons even further last year.

He said: “Sinéad was offered a really good job at an international school in Cambodia back in July and I decided to look up football opportunities here.

“The Cambodian League is a full-time league, it has 12 professional clubs and they didn’t have a lot of foreign coaches, so I thought there might be an opportunity.”
https://www.belfastlive.co.uk/sport/foo ... t-17723464
Cambodia Expats Online: Bringing you breaking news from Cambodia before you read it anywhere else!

CEOCambodiaNews wrote: ↑Fri Feb 21, 2020 2:02 am“The Cambodian League is a full-time league, it has 12 professional clubs and they didn’t have a lot of foreign coaches,

i play and i know french, nigerian and other foreign coaches here
Top

Belfast native Colum Curtis is history maker after leading Visakha FC to cup glory in Cambodia
“To deliver Visakha FC their first ever HE Cup in my first year as manager is really special.."
ByDarren Fullerton
16:41, 18 NOV 2020Updated17:32, 18 NOV 2020 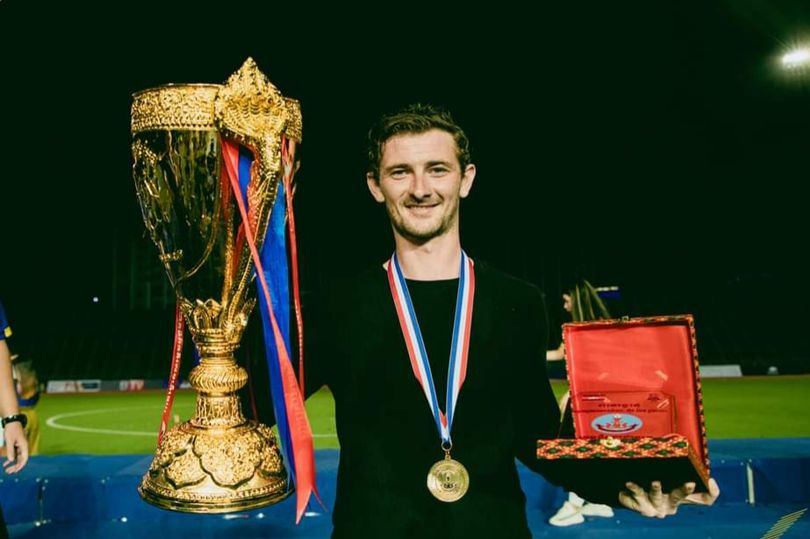 Colum Curtis with the HE Cup in Cambodia

Belfast native Colum Curtis was forced to put the champagne on ice after making history with Visakha FC in the far-flung climes of Cambodia.

Recent Covid-19 restrictions in the country meant an official club party had to be postponed after Visakha lifted the HE Cup for the first time ever last weekend.

Showpiece glory is a major achievement for Curtis who was only appointed manager of the club, who are based in the Cambodian capital Phnom Penh, at the start of the year.

“We were due to have an official club party the night after the cup final, but a few Covid-19 cases in the region meant it had to be postponed,” he said.

“It’s frustrating, but we were able to have a nice get-together at a restaurant and reflect on the achievement immediately after the game.

“To lift the cup with Visakha in my first year as a manager is really special and I’m over the moon to deliver the club its first major trophy in my first season in charge.

“The HE Cup is such a prestigious trophy in Cambodia and I know it means so much to our local players and staff.
Full article: https://www.belfastlive.co.uk/sport/foo ... y-19304080
Cambodia Expats Online: Bringing you breaking news from Cambodia before you read it anywhere else!