What's in a name ? National pride at least. But is there more to it than just the name ?

The kerfuffle started here, with the announcement that the kickboxing event, known as Muay Thai until now internationally, would be renamed with the Cambodian name of Kun Khmer, for the upcoming SEA Games which will be held in Cambodia.
post579859.html#p579859
Thailand, Cambodia brawl over kickboxing event name at SEA Games
Issued on: 24/01/2023
Thai officials are angry at plans by Cambodia to refer to the event -- which they regard as their national sport -- on the official programme as Kun Khmer instead of Muay Thai
© Lillian SUWANRUMPHA / AFP
2 min
Bangkok (AFP) – Thailand will boycott a kickboxing event at the Southeast Asian Games in Cambodia in May, officials said Tuesday, in a row with the hosts over what to call the sport.

Thai officials are angry at plans by Cambodia to refer to the event -- which they regard as their national sport -- on the official programme as Kun Khmer instead of Muay Thai.

While the name Muay Thai may be better known around the world, Cambodian officials insist the sport originated from their Khmer culture.

The event is one of a series of combat sports at the 11-country regional Games, alongside regular kickboxing, karate, taekwondo, kun bokator and vovinam.

Cambodia is hosting the Games for the first time in 60 years.

"They are violating international regulations for sports competitions," he told AFP.

"The Thai Boxing Association won't be sending athletes to compete."

Cambodian sports officials are refusing to back down.

"We are the host country so we have the right to change it to Kun Khmer as the sport has its origin in Khmer and it is our culture," Vath Chamroeun, secretary-general of the Cambodian Southeast Asian Games Organising Committee, told AFP.

"We have to satisfy our people."

He said Cambodia would retaliate and not send fighters to Thailand when it hosts the 2025 Games. The sport will be called Muay Thai at that event.

"Kun Khmer is not Muay Thai, like judo is not karate. There might be similarities but Kun Khmer has no recognised federation," IFMA general secretary Stephan Fox told AFP.

Regional rivalry
As the sport's governing body, the IFMA would be responsible for organising it at the Games, including by providing referees and officials and arranging anti-doping measures.

Fox said the IFMA would not take part in the SEA Games in Cambodia and the federation has written to its members telling them not to go.

i was a couple of years ago at bayon-studios at stung meanchey to watch some sunday-afternoon fights, 1 dollar entrance for barang (and get 1-row seat). Free for Khmers.
But i wonder since then, is it exactly the same as Muay Thai ?? I would think not, but for sure here will be some specialists in it, no ??
Top

both derives from Muay Boran

I've followed this and it's a ridiculous and easily avoidable issue in the interests of international sport. Maybe the style started here, maybe not. Maybe it started in Burma. The point is they need to prove who is right by kicking the fuck out of each other, fuck the name.
Silence, exile, and cunning.
Top 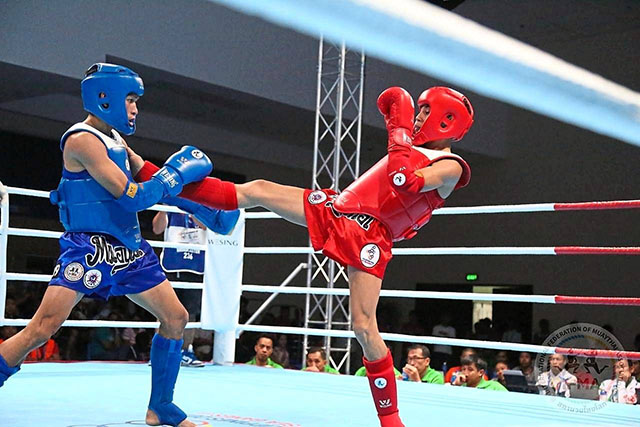 Cambodia News, SEA Games: Acording to Thairath newspaper, the International Boxing Federation (IFMA) is ready to ban all member states from sending athletes to compete in events of free-boxing at the 2023 SEA Games in Cambodia, if the event is renamed unofficially as "Kun Khmer".
They say that the rules of the SEA Games boxing state that in the SEA Games, the kick-boxing category must use the official name of "Muay Thai".
To be continued.

What is Muay Thai ?

Muay Thai (Thai: มวยไทย, RTGS: muai thai, pronounced [mūa̯j tʰāj] (listen)), sometimes referred to as Thai boxing, is a combat sport that uses stand-up striking along with various clinching techniques.[1] This discipline is known as the "art of eight limbs", as it is characterised by the combined use of fists, elbows, knees and shins.[2] Muay Thai became widespread internationally in the late 20th to 21st century, when Westernised practitioners from Thailand began competing in kickboxing and mixed-rules matches as well as matches under muay Thai rules around the world. The professional league is governed by The Professional Boxing Association of Thailand (P.A.T), sanctioned by The Sports Authority of Thailand (S.A.T.).

What is Kun Khmer or Pradal Serey ?

Pradal Serey (Khmer: ប្រដាល់សេរី) or Kun Khmer (Khmer: គុនខ្មែរ) is a combat sport originated in Cambodia.[2] The official Khmer name of the sport is Kbach Kun Pradal Khmer.[1] In Khmer, pradal means fighting or boxing[3] and serey means free. Thus, pradal serey may be translated as "free fighting" or "free boxing".[4] The sport consists of stand up striking and clinch fighting where the objective is to knock an opponent out, force a technical knockout, or win a match by points.

Just call it SEA Kickboxing and be done with it.
Top 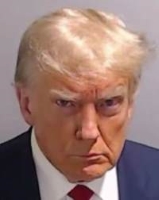 H.E. Vath Chamroeun, Secretary General of the Cambodian SEA Games Organising Committee (CAMSOC) is going to have to endure an egg-on-the-face climbdown. I wonder how long it will take.
Top

If Cambodia didn't get set back in the 70s it would be called Kun Khmer around the world, maybe even Muay Khmer.
Top

Muay Thai or Kun Khmer? Crisis over name of event at Southeast Asian Games averted
Thailand withdraws protest over name of kickboxing event and will send athletes to Cambodia
By RFA Khmer
2023.01.26
Thailand called off its threat to boycott a kickboxing event at this year’s Southeast Asian Games in Cambodia after the two countries resolved a dispute over the name of a sometimes violent sport that the host country calls “Kun Khmer” but which Thais call “Muay Thai.”

The dispute over the proper name for the sport, which involves punching, kicking and jabbing one’s knees into an opponent’s stomach, has raged for years.

Muay Thai is the national sport of Thailand, and the sport is widely known around the world by that name. But the Cambodian organizing committee for the games claimed Cambodia has cultural ownership of Kun Khmer and it would use that term to avoid confusion.

The dispute got so heated that the Thailand-based International Federation of Muaythai Associations threatened that it would fine and ban other countries from future Muay Thai events if they participate in what is often called the SEA Games, scheduled for May 5-17.

Thailand withdrew its protest after the Cambodian side explained that using a Khmer language name for the name of a Khmer martial art had no effect on the name or the form of any Thai sport, said Vath Chamroeun, secretary-general of the Cambodian Southeast Asian Games Organising Committee and the National Olympic Committee of Cambodia.

He also said that even if Thailand had kept its kickboxers out of the event, it would still go on as planned, and under the name Kun Khmer because in addition to Cambodia, six countries – Laos, Malaysia, Myanmar, Indonesia, the Philippines and Vietnam – had already agreed to participate, and only four are necessary to keep it on the schedule.

"We are following the rules of the sport, which states that the host country has the right to participate in the tournament, but must have four countries agree to also participate, and we were able to resolve this peacefully,” said Vath Chamroeun.

He called for restraint among the heated factions, asking that they calm down and refrain from accusing each other of causing problems.

The dispute over the name of the sport is more than simple linguistic difference. The opposing names stoke the flames of nationalism and rivalry in both countries, which have seen friction in many other arenas, including a decades old border dispute over the area surrounding an ancient temple and World Heritage Site that resulted in bloody skirmishes as recently as 2011.

Asian MMA, a media outlet that covers mixed martial arts news in the region, treats them as if they are the same sport.

“The two sports are basically identical but while Muay Thai is globally recognized, Kun Khmer is completely unknown outside of Cambodia,” said an Asian MMA report about the Southeast Asian Games dispute published Wednesday.

A 2019 Phnom Penh Post report said that “there are no major differences between the two combat sports – the rules are the same, with a slight difference in how they score the match.”

“Also, Thai fighters are more technical while their Cambodian counterparts are known for their brutal elbows and knees.”

The name has caused conflicts at previous SEA Games, according to Asian MMA.

In 2005, Cambodia refused to send its team in protest that the kickboxing event was called Muay Thai, and in 1995, at an ASEAN meeting, Cambodia petitioned unsuccessfully to change the official name of the sport to the more neutral “Sovannaphum Boxing” or “SEA Boxing,” arguing that the sport has origins in Cambodia, Laos, and Myanmar, in addition to Thailand.

Users browsing this forum: No registered users and 10 guests