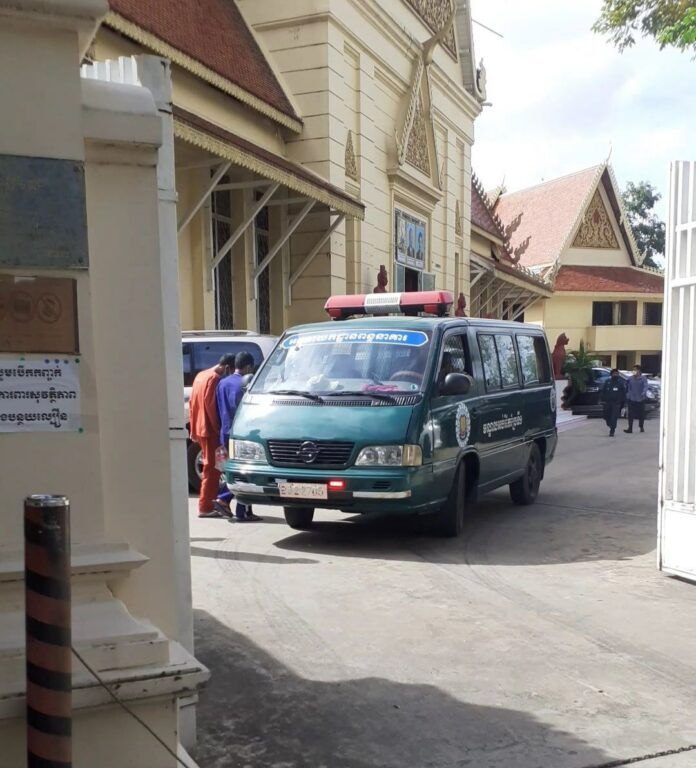 Cambodia News, (Phnom Penh): On the morning of November 30, 2022, the Supreme Court upheld the sentences of two Chinese nationals, each serving a five-year prison term for aggravated theft. They stabbed the victim with a knife and then chained him up in order to rob him; in Village 3, Sangkat 4, Sihanoukville, Preah Sihanouk Province during 2019.

Kong Srim, the presiding judge of the Supreme Court, said that the two prisoners were Xu Jia Jun, a 21-year-old Chinese man, and Mu Yuan Hao, a Chinese man. 23 years old. They were arrested on July 9, 2019 in Village 3, Sangkat 4, Sihanoukville, Preah Sihanouk Province.

In this case, both of them were sentenced by the Preah Sihanouk Provincial Court on December 17, 2019 to 5 years in prison each on charges of "aggravated robbery with a weapon", according to Articles 363 and 357 of the Penal Code.

The two men first appealed to the Court of Appeal, which upheld the sentence. They then went on to appeal to the Supreme Court, where their appeal was rejected today.
-CEN
Join the Cambodia Expats Online Telegram Channel: https://t.me/CambodiaExpatsOnline