Cambodia Has a Big Problem With Small Loans

NO BUSINESS SALES HERE PLEASE, WE HAVE A SECTION FOR THAT IN THE CLASSIFIEDS.
Post Reply Previous topicNext topic
90 posts

Key lenders agree to ease loan terms for flood victims
May Kunmakara | Publication date 19 October 2022 | 20:33 ICT
Members of Cambodia’s apex bodies of the banking and microfinance industries have agreed to ease restrictions on loan repayments, reduce interest rates, as well as restructure loans for customers deemed to be significantly affected by the heavy rains and floods that have swept the Kingdom in recent months.

The decision, revealed in an October 19 joint statement by the Banking Association of Cambodia (ABC) and the Cambodia Microfinance Association (CMA), aims to offer “understanding and favour” to the worst affected customers, as recommended by Prime Minister HE two days earlier.

The offer will be made in consonance with a meeting between the ABC, CMA and National Bank of Cambodia (NBC) – held on October 17 – and in line with NBC Notification No T7 022.818 dated October 18, the statement said.

“In this spirit, the banking and financial institutions [BFI] within the two associations’ ranks will provide good cooperation in the framework of consumer protection and continue to favour through loan restructuring according to the conditions set by the National Bank of Cambodia.

“The institutions will also look into the possibility of easing interest rates and other fees related to credit, and/or waiving fines and avoiding foreclosure, with a deep sense of understanding and in accordance with the actual situation of customers,” it added.
https://www.phnompenhpost.com/business/ ... od-victims
Join the Cambodia Expats Online Telegram Channel: https://t.me/CambodiaExpatsOnline

A study commissioned by the Federal Ministry for Economic Cooperation and Development (BMZ) provides further evidence of widespread over-indebtedness in Cambodia, resulting in an “alarmingly high” and “unacceptable” number of distressed land sales. The study’s findings indicate that more than 167,000 Cambodian households have had to sell land to repay loans over the past five years. FIAN as well as Cambodian NGOs Cambodian League for the Promotion and Defense of Human Rights (LICADHO) and Equitable Cambodia call on the German government and other donors of the microfinance sector to fulfil their responsibilities and take immediate and concrete action to address this untenable situation.

Since mid-2019, Cambodian human rights groups have released several reports highlighting the severely negative impacts that the microcredit indebtedness crisis is having across Cambodia. Conducted by researchers at the Institute for Development and Peace (INEF), the study, entitled "'Micro' Finance in Cambodia: Development, Challenges and Recommendations" adds to the existing body of evidence about an ongoing crisis that cannot be ignored any longer.

As commissioned by BMZ for the purposes of obtaining additional “statistical evidence” on over-indebtedness in Cambodia, the study consisted of a large household survey, group discussions with villagers and interviews with local authorities in 24 villages across Cambodia. It found, amongst other things:
• Very high average loan sizes of 5,183 USD among the indebted households, many of whom are very poor (with annual interest rates of 18% plus fees for microcredits);
• Almost half of the indebted households face repayment difficulties;
• Amongst those households with repayment difficulties, 13% have reported selling land to repay loans over the past five years (extrapolated to all borrowers, this would mean 33,480 debt-driven land sales per year, or roughly one sale every 16 minutes);
• “In a number of cases” borrowers suffered from human rights violations;
• Reduction of food consumption “is frequently used” to cope with the debt burden;
• Participants in the group discussions stated that children are taken out of school in order to work to repay loans, as was similarly asserted by local authorities.
Full article and downloads: https://www.licadho-cambodia.org/pressr ... p?perm=500

CEO News: Note that the over-indebtedness of the Cambodian population was apparent well before the economic distress caused by the Covid pandemic.
(Quoted from the above article):

As was noted in a 2017 donor-funded over-indebtedness study (which also included BMZ), the INEF-researchers concluded that between 25% - 50% of the 2.8 million indebted households in Cambodia are over-indebted.

Its a shame how a tool intended to help the poor has developped into a poison for so many. And the worst is probably yet to come.
ALWAYS HUNGRY
Top

Cambodia Has a Big Problem with Big Loans;
who is going to pay for them?
Top

When they describe an average loan size of $5183 as being 'very high', and that people are having to sell land and go hungry in order to service the debt, it just reminds me of the extremely wide gulf between the poorest living here, and people like us. I'm sure we'd all agree that $5k is nothing to be sniffed at, but as a loan, I think few of us would describe it as 'very high'.

If you're earning an average wage of between $150-200 per month, which many locals seem to here (I have no idea how they manage to live on that) then I guess a $5k loan to them is more like a $50k loan to an average westerner. The only thing I think both sides would agree on as being 'very high' would be the interest rate. 18% seems like daylight robbery.

As so often happens in developing countries, there are two separate, distinct economies happening side by side.
The difference between animals and humans is that animals would never allow the dumb ones to lead the pack.
Top


As the loans are secured by land there is no need to charge such high interest rates. On the other side microcredits are often spent in "unproductive" items (like TV) which produce no return to pay back the loan.
ALWAYS HUNGRY
Top

A lot of this microloan indebtedness is because the locals don't know how to use the money for business, and they don't understand what a debt is. They waste it on stupid stuff, and some of them get multiple loans. Some of the micros are unscrupulous, deliberately signing the borrowers into land forfeiture type contracts. Another report I read cited LOLC and Alceda as particularly bad for this unfair practice... Another problem is that many local countryside agents get away with charging extra fees/interest rates on top of the official lender contract rates. This issue is overlooked by these reports.

Yeah it blows my mind how heavily some of my Cambodian friends and family get into debt, and there is no way out, even if they work for another 100 years.
I blame the "face" culture for some of stupid financial decisions where someone agrees to sign something that they really don't understand, but they don't want to look like a rice farmer with no education(which they are), so they sign the loan to look (less? ) stupid.
~+~+~+~+~+~+~+~+~+~+~+~+~+~+~+~+~+~
“There are terrible difficulties in the notion of probability, but we may ignore them at present.” - Bertrand Russell
Top 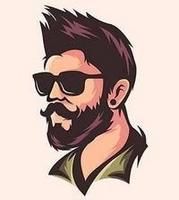 Nobody has seen anything yet. Wait until China comes knocking on the door for repayment of their BRI money.
Top

PHNOM PENH – The association representing microfinance companies says it is not worried by the progress of a complaint about human rights abuses and violation of standards filed with the International Finance Corporation (IFC).

The association said it welcomed the investigation and would not remain silent.

The IFC compliance advisor ombudsman announced on Nov. 11 that the complaint filed by LICADHO and Equitable Cambodia (EC) in the interest of affected borrowers is being appraised for compliance.

An appraisal is the first step in the compliance stage, which determines whether additional research is necessary. The ombudsman conducts an investigation if necessary, after which it provides the IFC with findings and recommendations and keeps track of any corrective action plans.

The civil organizations accused them of violating child labor rights and indigenous peoples' land rights, which are prohibited under the IFC's Exclusion List of investments.

The complainants accuse the institutions of predatory and dishonest lending practices, including threatening collection actions.
Loss of land, loss of livelihood, food insecurity, health risks and child labor are among the issues in the complaint.

LICADHO operations director Am Sam Ath said the ombudsman accepted the complaint in May and now the complaint will move to the compliance stage, which is an important step toward addressing microfinance abuse.
https://cambodianess.com/article/microf ... ep-forward
Join the Cambodia Expats Online Telegram Channel: https://t.me/CambodiaExpatsOnline

Microfinance in Cambodia has "predatory lending" written all over it. At the applied interest rates its not much different from loan sharking, but apparently legal. Its become a way to legally rob the poor mans land. It needs to be stopped. Everyone who is so happy about the abundant interest given to their deposits with the various MFI's must understand that he/she is financing this robbery, therefore being part of the problem.
ALWAYS HUNGRY
Top
Post Reply Previous topicNext topic
90 posts

Users browsing this forum: No registered users and 23 guests