I am looking for a "Cyclo" to ride around with my son. I checked Khmer24, but I had no luck. Does anyone know where I can buy one and the cost? 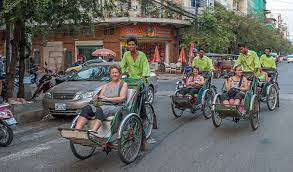 Street 158 (near Wat Koh) there is/was like a cyclo graveyard. I was told once $600 for one. Could be just the haggling start price of course, they're pretty old.
You must walk in traffic to cross the road - Cambodian proverb
Top

Please update with any information you find. I would love to make an e-cyclo.
"i'm the one who has to die, when it's time for me to die, so let me live my life the way i want to"
jimi hendrix
Top

Most cyclo drivers don't even own their bikes. They rent them from depots. It's always been like this. Also, many cyclo drivers are former Khmer Rouge combatants. Not that it makes a huge amount of difference, war is war. 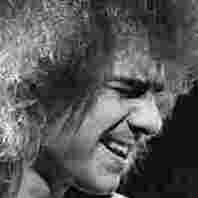 The KR Trooper part is neat, I can't say I am surprised that something like that war and the type of soldiering required for it has bonded these guys due to the way they stick together and their ages. The KR connection to the cyclo doesn't make a lot of difference @John Bingham but it's more than a little interesting. I am also curious to know more about this ''rental of cyclos business from places you call depots and that its been this way forever...'' Could you tell us more please or link it maybe?

I like the cyclos too, I think if one had cash on hand negotiations could be made with the actual owners of them or the graveyards up by Wat Koh that Timmy mentions might be another option. They might be on a limited amount of cyclos these days and very few if any are made and the value could get into thousands of dollars soon if that is the case.
Top

Could be some answers here ?
Cyclo threads:
newsworthy/cyclo-inferno-t45905.html
general-chatter/local4local-group-aids- ... 45300.html
Cambodia Expats Online: Bringing you breaking news from Cambodia before you read it anywhere else!

Share
The career of cyclo driving has existed for as long as anybody can remember in Cambodia.

become a part of the landscape of many of the cities and towns throughout the country.

Over numerous generations, cyclo drivers have been regarded as free workers, because

that control the lives of most working people. They can stop or take a holiday any

time they wish without anybody caring for or limiting their freedom.

Moreover, for many regimes they have not had any proper rules governing their work-the

to anybody. The cyclo drivers can enjoy their low priority the same as the palm tree

Yet, we have noticed that there are very few people who take this career for life.

duties are finished for the year.

Through interviews with a number of cyclo drivers, it becomes apparent that their

daily wage is not regular nor is it plentiful. Many drivers said they end the day

with only enough money to pay for their three meals.

Every 10 or 15 days, the cyclo drivers will go home to visit their families with

and resume their pushing and peddling.

Some of the drivers complain that they can never become rich. Although they don't

have to invest any capital, making money this way is very hard; people have to rely

on their physical strength.

As for the cyclo-drivers who choose this business for their life's work, their living

necessary to use a lot of labor if you know how to attract customers.

"In the Sihanouk regime, I only gave lifts to foreign customers and made a lot

of money; at that time I could feed my wife and children the same as the others-I

could have an easy life in town. But, because more and more people are taking this

business, so my income has dropped substantially," said the driver, who looked

to have worked in this field for a couple of generations.

He said that without other income channels he cannot afford the costs of daily living.

But he also said he had been in the business too long to change now.

Despite the fact that this job is very hard, poverty has forced many Khmer people

If we want to see the number of cyclo drivers decline, then the countryside agriculturural

sector has to be developed and jobs created there.

It should be noted that, there are estimated to be some 12,000 cyclo-drivers currently

working the streets of Phnom Penh. It is only an estimate because their are no controls

on the workers. At present, no social bodies are responsible to assure their welfare.

This may also be of interest if still operating -

I am looking for a "Cyclo" to ride around with my son. I checked Khmer24, but I had no luck. Does anyone know where I can buy one and the cost?

Did you end up getting one?
You must walk in traffic to cross the road - Cambodian proverb
Top
Post Reply Previous topicNext topic
9 posts • Page 1 of 1

Return to “General Buy and Sell”

Users browsing this forum: No registered users and 78 guests