If you have something so weird, strange or off-topic to post and think it doesn't belong in any other forum; you're probably right. Please put all your gormless, half-baked, inane, glaikit ideas in here. This might also be a place where we throw threads that appear elsewhere that don't belong ANYWHERE end up, instead of having to flush them. FORUM RULES STILL APPLY.
Post Reply Previous topicNext topic
16 posts

And given your friends appear to want to be just like you. Maybe he too can provide a similar thread in the not-to-distant future.

Excellent, thanks for the link. An old classic.

Reminds me of another old story about a French guy that I met in upcountry Cambodia. He had been staying there for two weeks the year before, met a local girl and fell in love. So the next year, he came back to Cambodia, and he had these great plans of taking his "girlfriend" back to France with him. That was when I met him. Because I'm a nosey person, and I like a good drama, I sat down with a beer and asked him to tell me more.

Well, the situation was even worse than I imagined.

1/ The French guy was young and still living with his parents in a suburban tower block in France.
2/ The year before, when he met the girl in Cambodia, he had never been alone with her without a chaperone.
3/ He was planning to take the girl back to France for a year to see how things worked out between them, without getting married or engaged.
4/ He didn't speak Khmer and she didn't speak French, and the guy obviously had no idea that good Khmer village girls do not just up and move overseas with strange barang men. He didn't want to get married. He was only in Cambodia for two weeks holiday.
5/ The poor guy was so clueless that it was hilarious, but in the end, after several talks, he could see that his plan was not so well thought out. AFAIK, the final outcome was that he decided that he should give her some money to go to school (yes, she was that young), and then he left for France. I think he was planning to send her more money to finance her studies.

If you are reading this, Frenchman, please let me know how it all turned out. Maybe they are now married with seven kids, but I doubt it.

Tell him to swap/buy/long-term lease (whatever the weirdo arrangement is) an older one - for the sake of him, her and peace in the neighbourhood.
Top 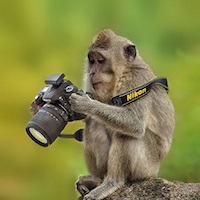 newkidontheblock wrote: ↑Sun Sep 05, 2021 5:18 am This is an Asinine Posting.
Any resemblance to a serious posting is just a figment of imagination.

This is his plan. He just sent it to Missus on messenger.

‘Sell my car, and most of my possessions. Fly to Cambodia with Moonie. Find a wife.’

Moonie is his cat.

I don’t even know where to start.
Any advice for this poor soul?

Just seeing the verbage "gonna sell everything and move to Cambodia to find a wife" has near-term disaster all over it. If he's that impulsive, he'll be walking street 172 and homeless after a year, busted for meth, and wondering why she didn't love him despite him giving everything to her.
Top

I hear theres this Khmer run liquor store down in Mississippi. Should be a few hotties hanging about there.
Top