Discussions about restaurants, cafes, coffee shops or bars in Cambodia. Feel free to write any reviews you have, whether its the best burger you've had in Phnom Penh or the worse pizza in sihanoukville, we want to read it! Discussions about Khmer dishes are also in here, or you can leave your own. If you own a restaurant, feel free to let the expat community know about it here so that we can come check it out. Found a favorite cafe or have a place we should avoid? Tell us about it. Asian recipes & questions are always welcome.
Post Reply Previous topicNext topic
176 posts

This place was a first, good if you like fire in your curry. 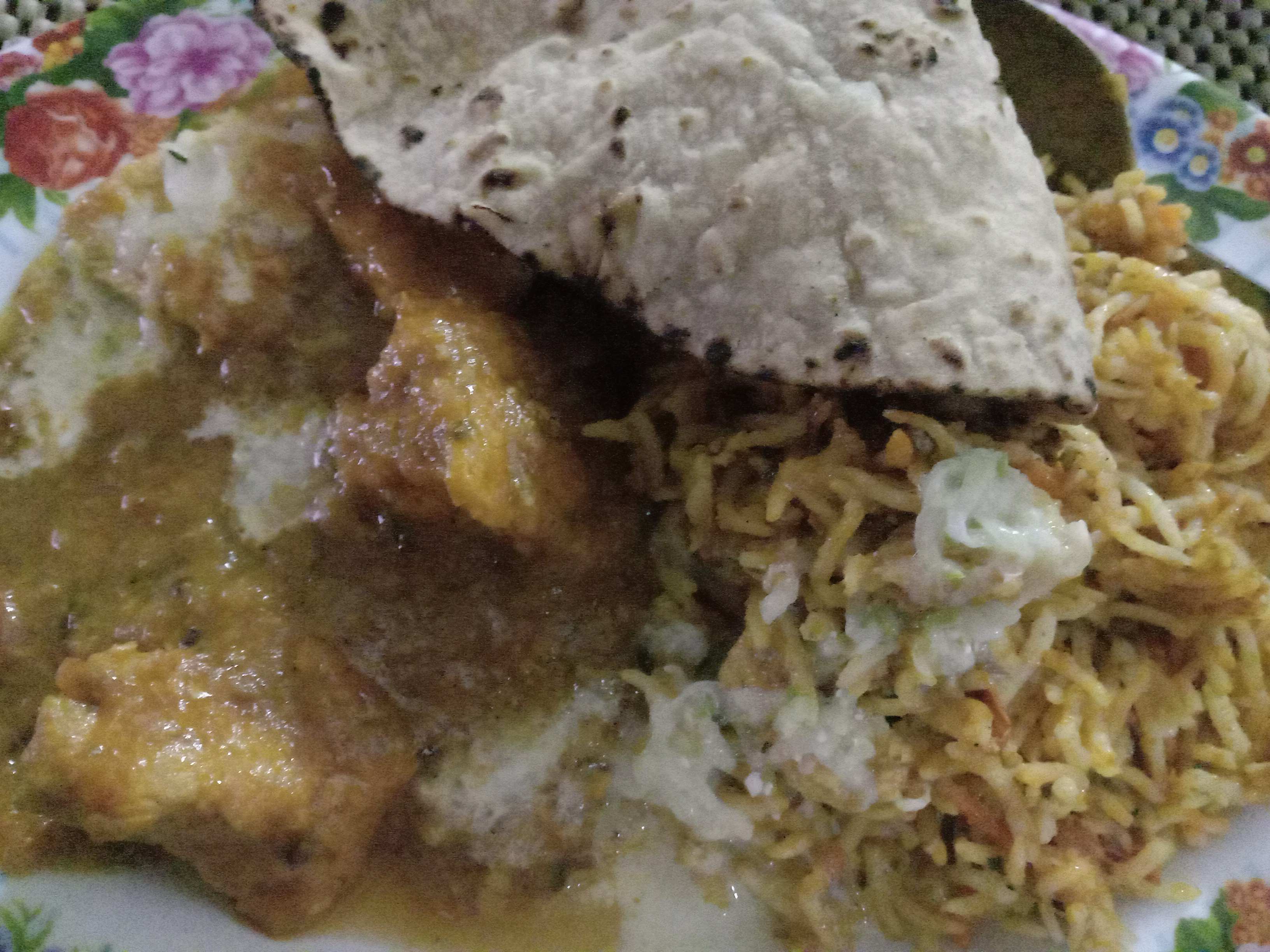 Just of late I have been suffering from a bit of cold, with the thumping head and runny nose, what I needed was something nice to eat with a good flavor and a little heat. I am a believer that some foods like this can halo move along that of a common cold, if not, at least a good filling meal makes me feel better.

The meat or chicken of this dish is well cooked with less broth and spices leaves oil, what Bengalis says ‘Kosha’.
Being a traditional Bengali winter dish, a mix of five whole spices – fenugreek seeds, fennel seeds, mustard seeds, nigella seeds, and cumin adds a unique flavor that is unlike any other,
overall the dish is of chicken and coriander, hot green chilli peppers will be added in the cooking prosses to add to the level of heat required. 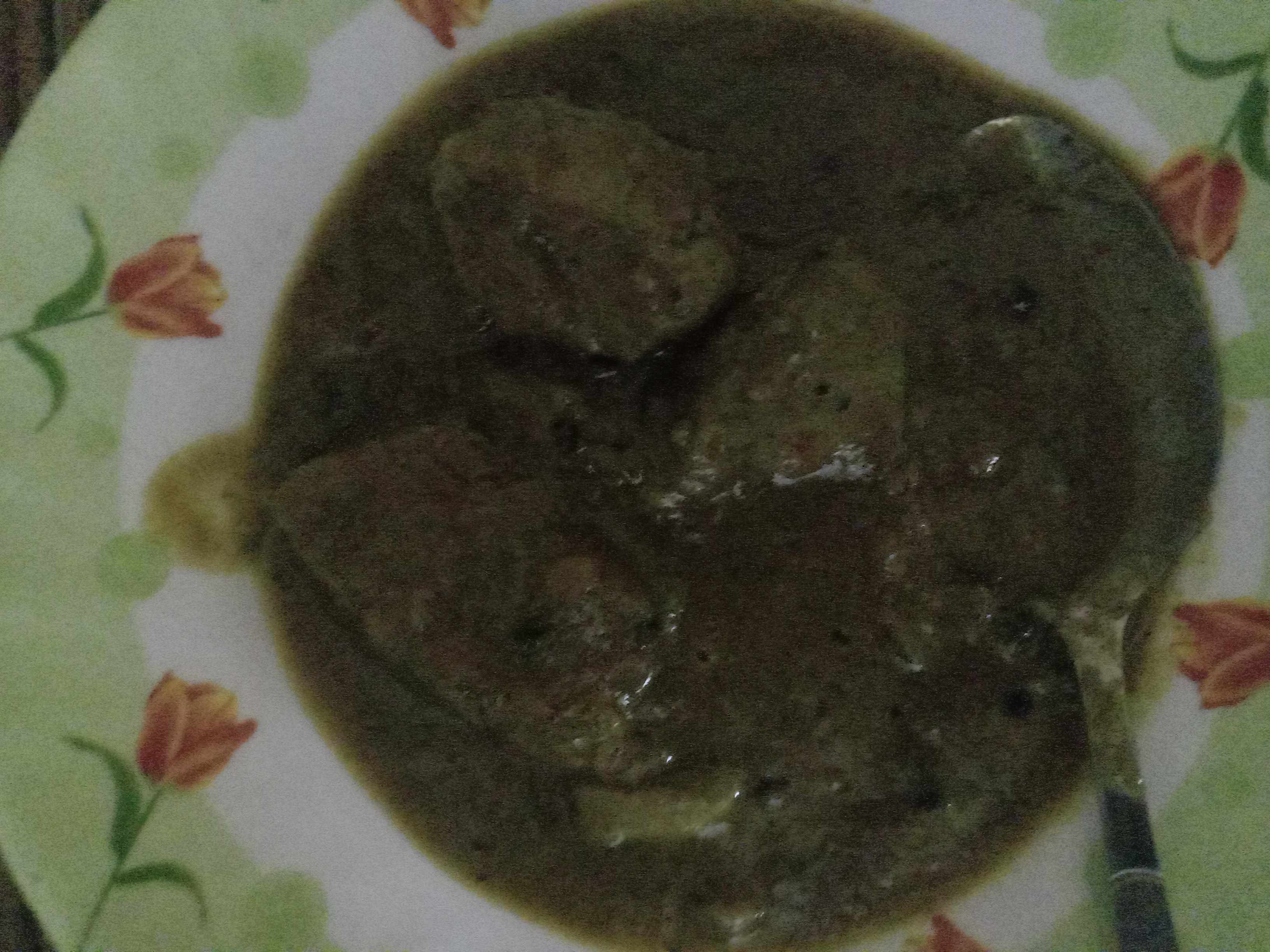 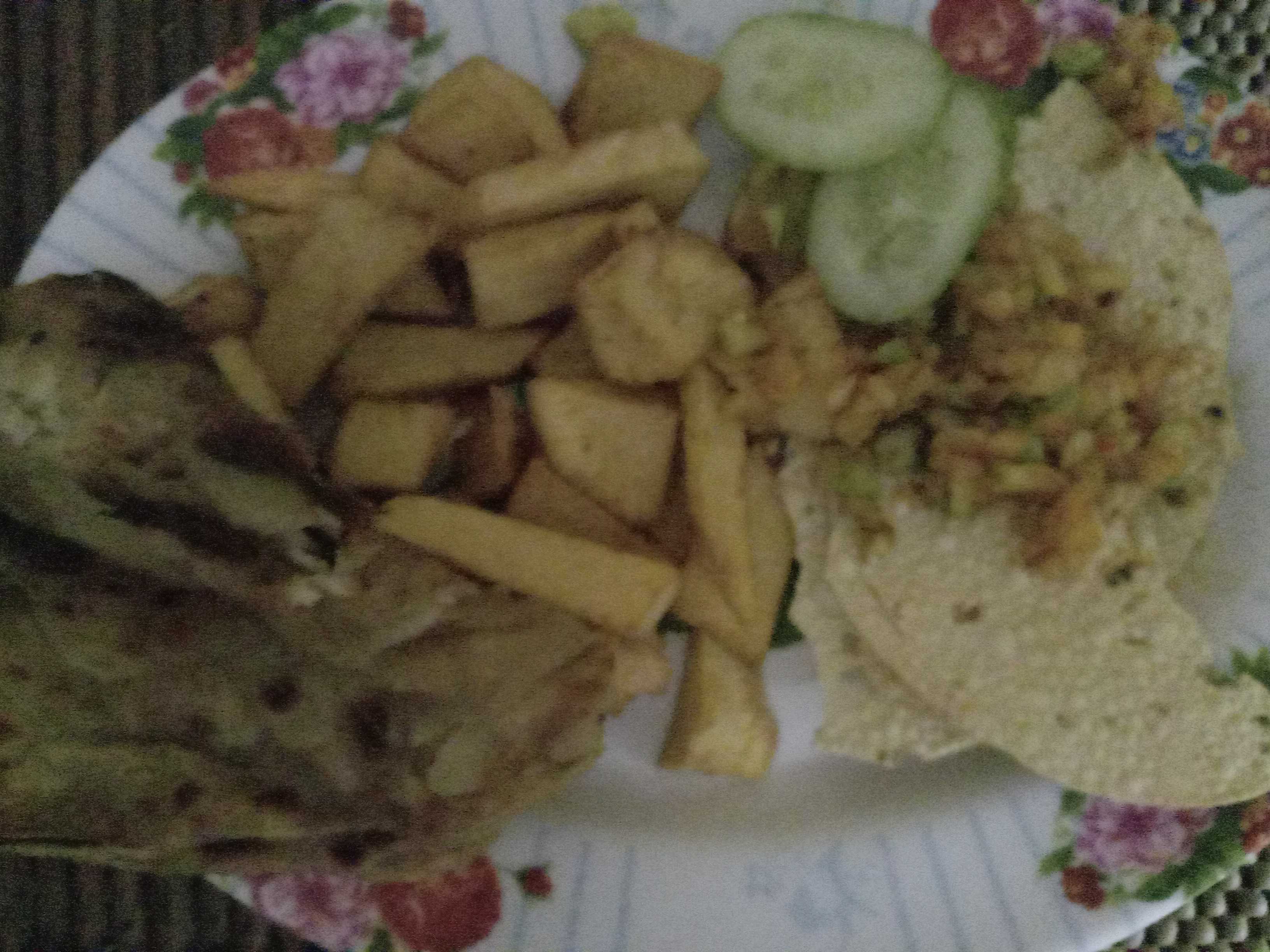 Earlier in the week I had a ride over to the Doun Penh area of the city, just passed Saravoan Techo Pagoda on street 19 is the Taj Mahal Restaurant. I had overlooked this establishment due to me seing it located some years back on street 126. Even now after all the Indian food restaurants I have visited in the city, and in other areas of Cambodia, Kampot, Seim Reap, Battambang, I am still looking for that type of dish that I would favour, the type of Indian, Pakistani dishes that I would eat regular in the city of Bradford not many miles away from my small home town.
This visit was unsuccessful due to the restaurant being closed. I tried to make a delivery order a few days later via Nham24, after 5 of their staff called me on the phone, my order was cancelled due to the excuse that Nham24 could not contact me, I have become to expect anything and everything in the KOW. Finally made the short journey over the river and got a takeaway from the restaurant last night, then called via Tuol Tompoung for a few more goodies before going home. 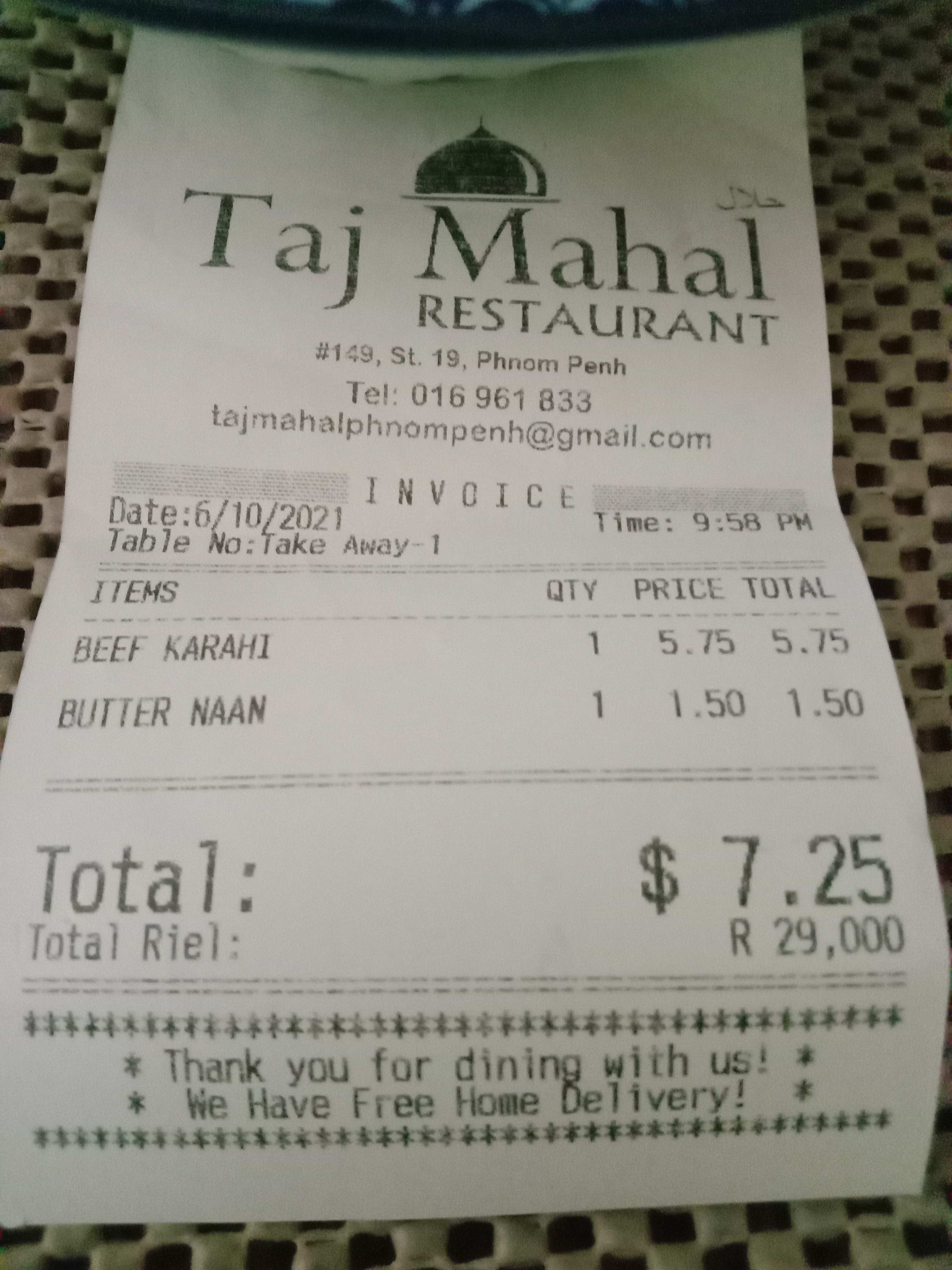 A karahi is a type of thick, circular, and deep cooking pot (similar in shape to a wok) that originated in the Indian subcontinent. It is used in Indian, Afghan, Pakistani, Bangladeshi, and Nepalese cuisines. Traditionally press-formed from mild steel sheet or made of wrought iron, a karahi resembles a wok with steeper sides. 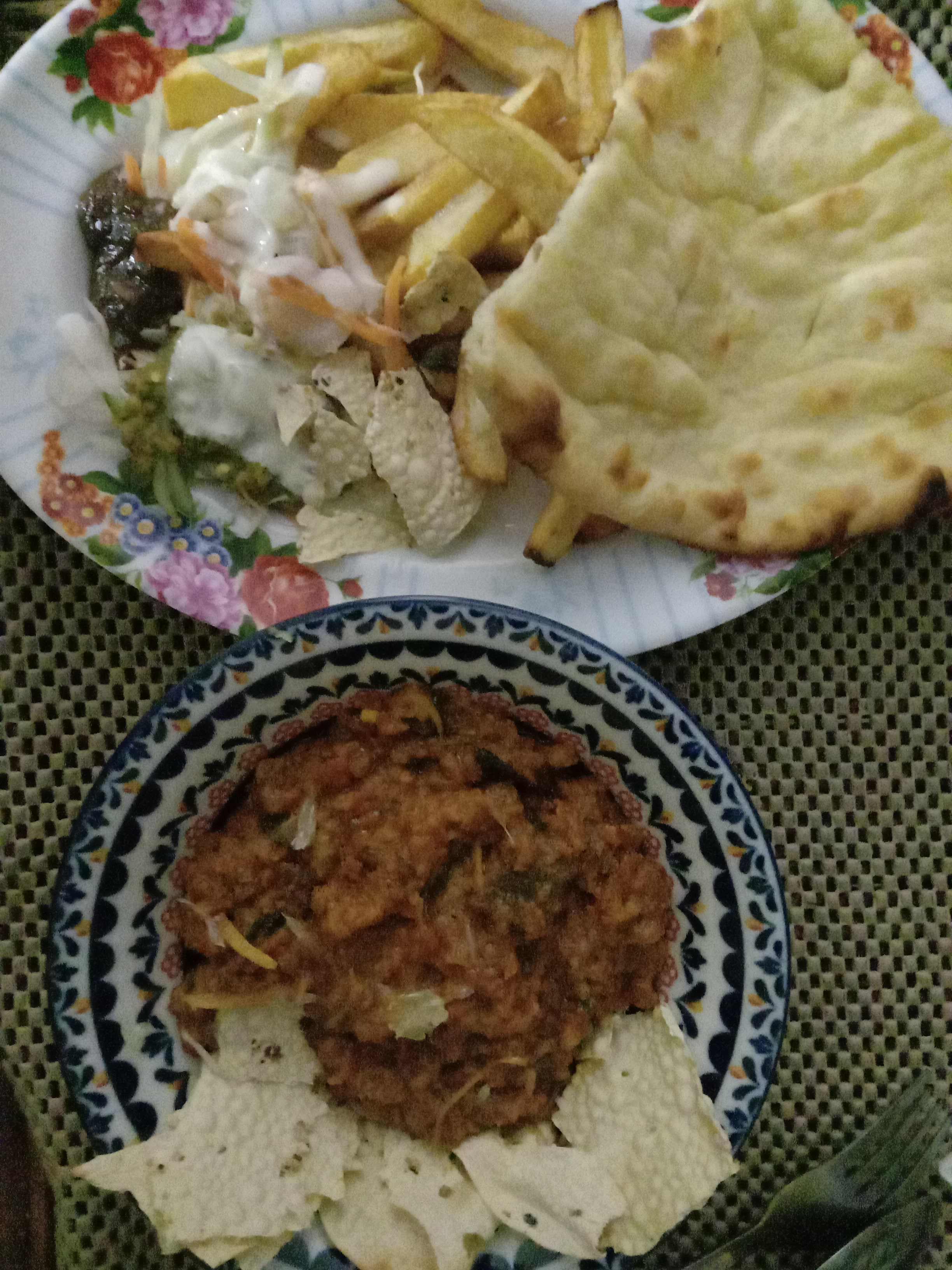 Beef karahi Recipe is a fresh addition in traditional Karahi recipes. It is very popular in Pakistan and India particularly. Beef karahi recipe consists of creamy rich gravy made with yogurt and tomatoes and juicy, tender, soft bone less beef pieces. Gravy is made by blending with onions, tomatoes and yogurt and beef pieces are cooked in it with salt, white pepper, and other ingredients until properly cooked. Beef karahi recipe is less spiced dish and includes only green chili for flavour. Its recipe is very quick and easy to make. Preparation time is thirty minutes approx. This lip smacking delicious beef karahi recipe is served with hot Tandoori Naan. Sliced ginger and chopped corianders are added to garnish.

my experience unfortunately was that the communication from me ordering with the waiter and the order transferred to the cook, was that a western spiced meal, came back has the hottest thing on earth, the chilly peppers were still cooking the tender beef has I was eating, so if you like your food hot, you know where to order.
Always "hope" but never "expect".
Top

Tonight you can see it was a food panda delivery. That's also after a disagreement with their office staff a few days ago, and not the first time ether. that they had cancelled my order because the delivery rider could not find my location according to one of the office staff who messaged me, to tell me I should check on my location implying I am making false orders.
That said the two delivery guys that came with my previous orders had no problem finding my address, just before the one that didn't find me. But again this is not the west where the customer is always right, here it doesn't work in the same way, they are the business, and they are the only ones that matter.

The name bhuna again refers to the style in which the curry meat is cooked. In Urdu, bhuna means to be fried. The dish, which originates from Bengal, is typically prepared by frying lots of spices at a high temperature. The meat is then added, and simmers away in its own juices.

The meal was good with plenty of succulent meat in a rich gravy. 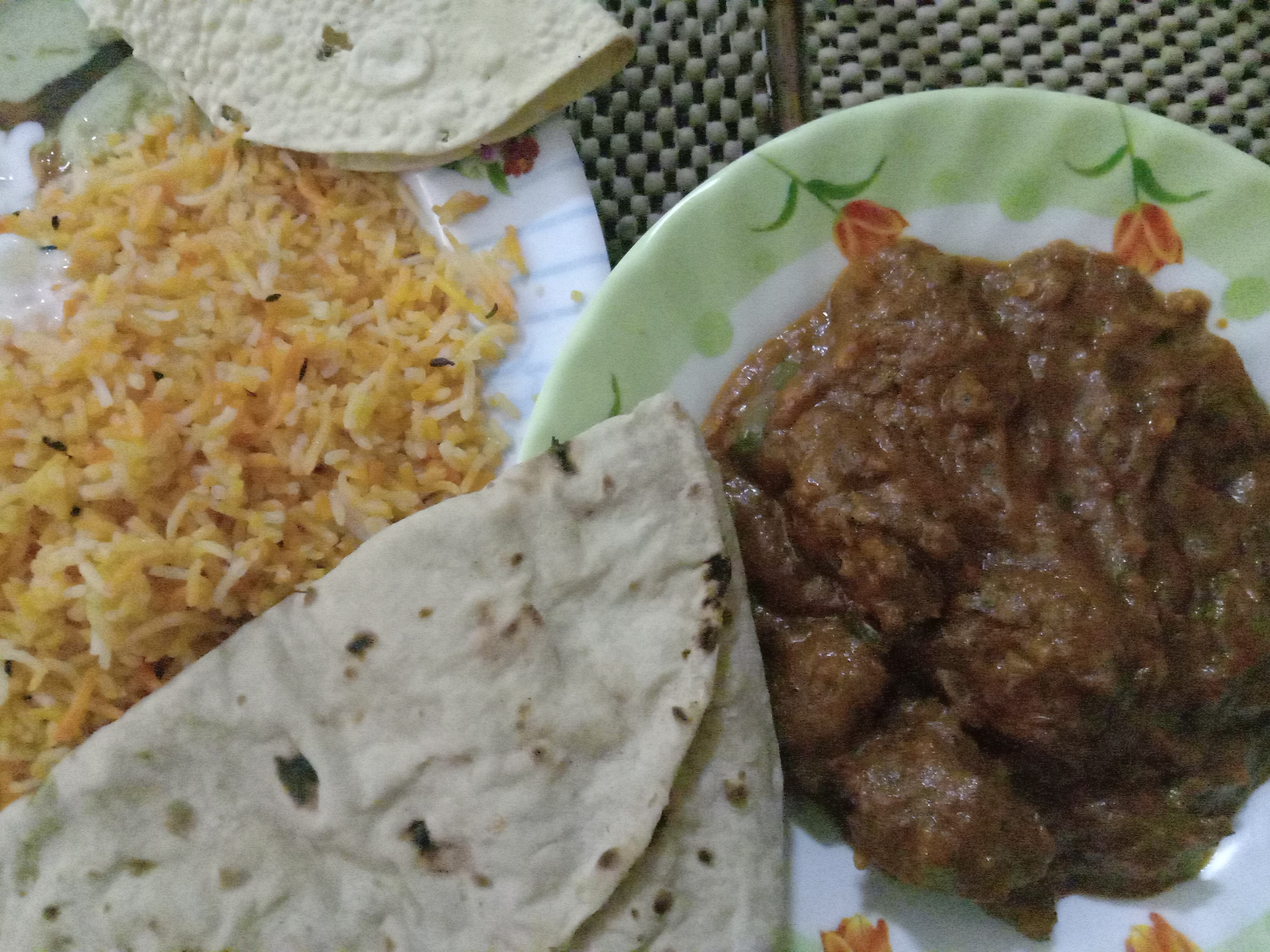 There is one thing I would like to talk about, and that is quantity. The likes of do you get the volume that you would expect, like the desired amount of chicken in your masala, or when you order starters are the accompaniments there, such has the mint yogurt and mango sauces.
I know the quantities will verify from one restaurant to the next, and sometimes the same restaurant on a different order. I suppose firstly we want the meal to satisfy that of our needs, to fill us, that is why I mentioned quantity. But I would at times happily exchange quantity for quality, because I would prefer to enjoy what I was eating.

In Phnom Penh this is one of my most favoured meals, a little expensive, but it's one of the few that will use fresh spinach rather than paste. 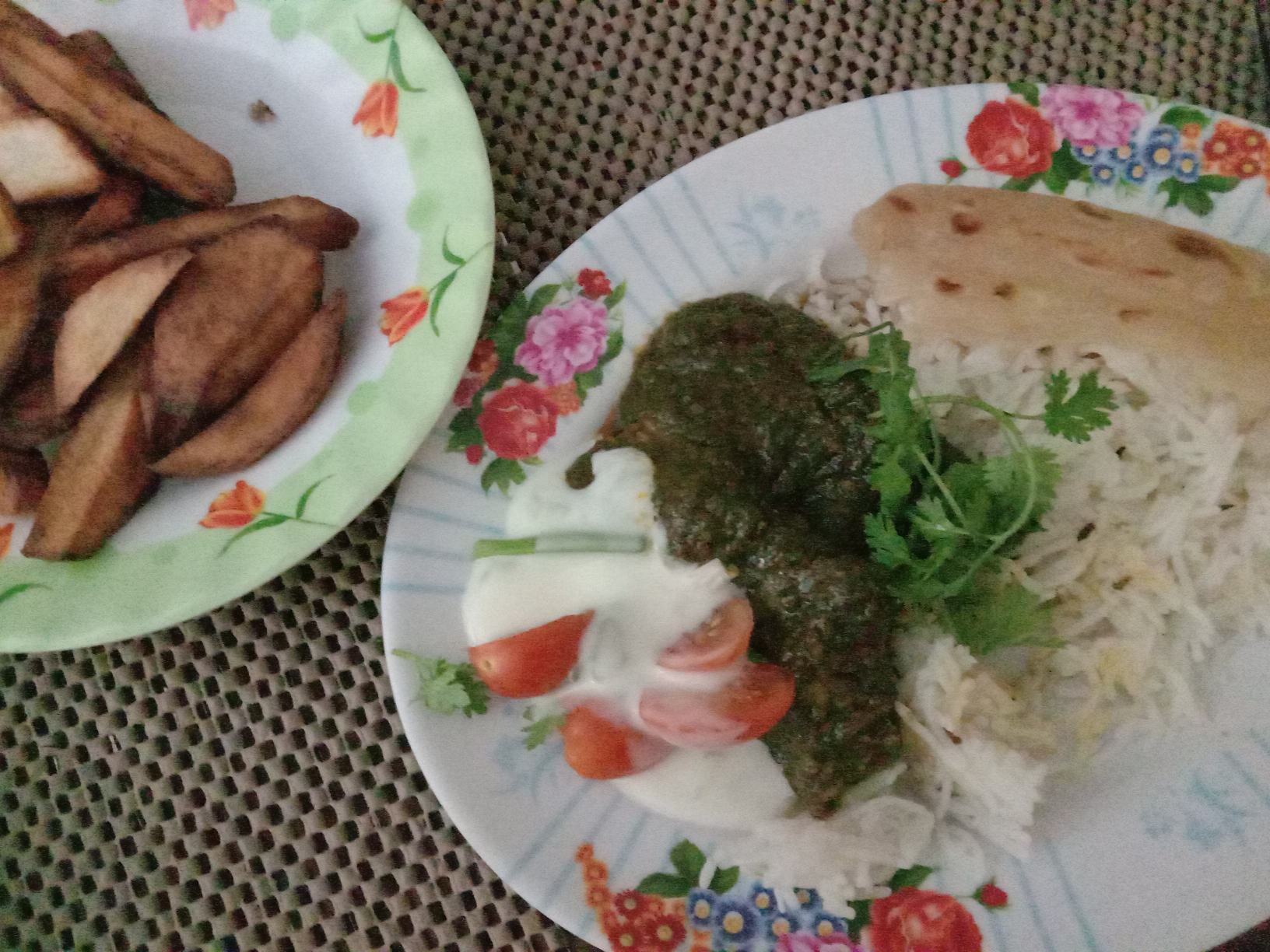 Quantity, now the rice is cheap on the menu, and more so when this serving will feed three. 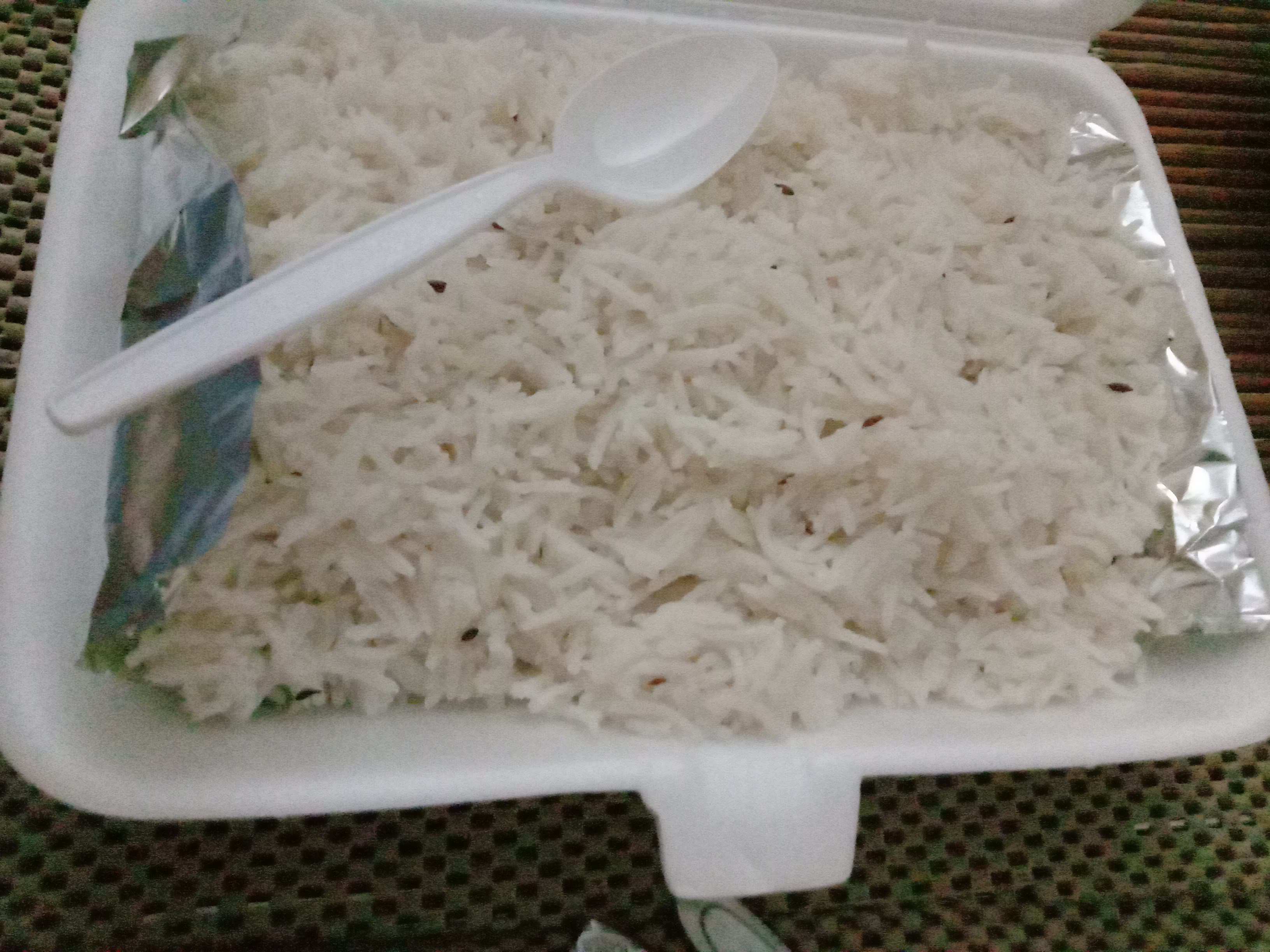 Meals such has the above, are not really expensive because I will get two servings.

Now this may seem better value, and is certainly one serving. 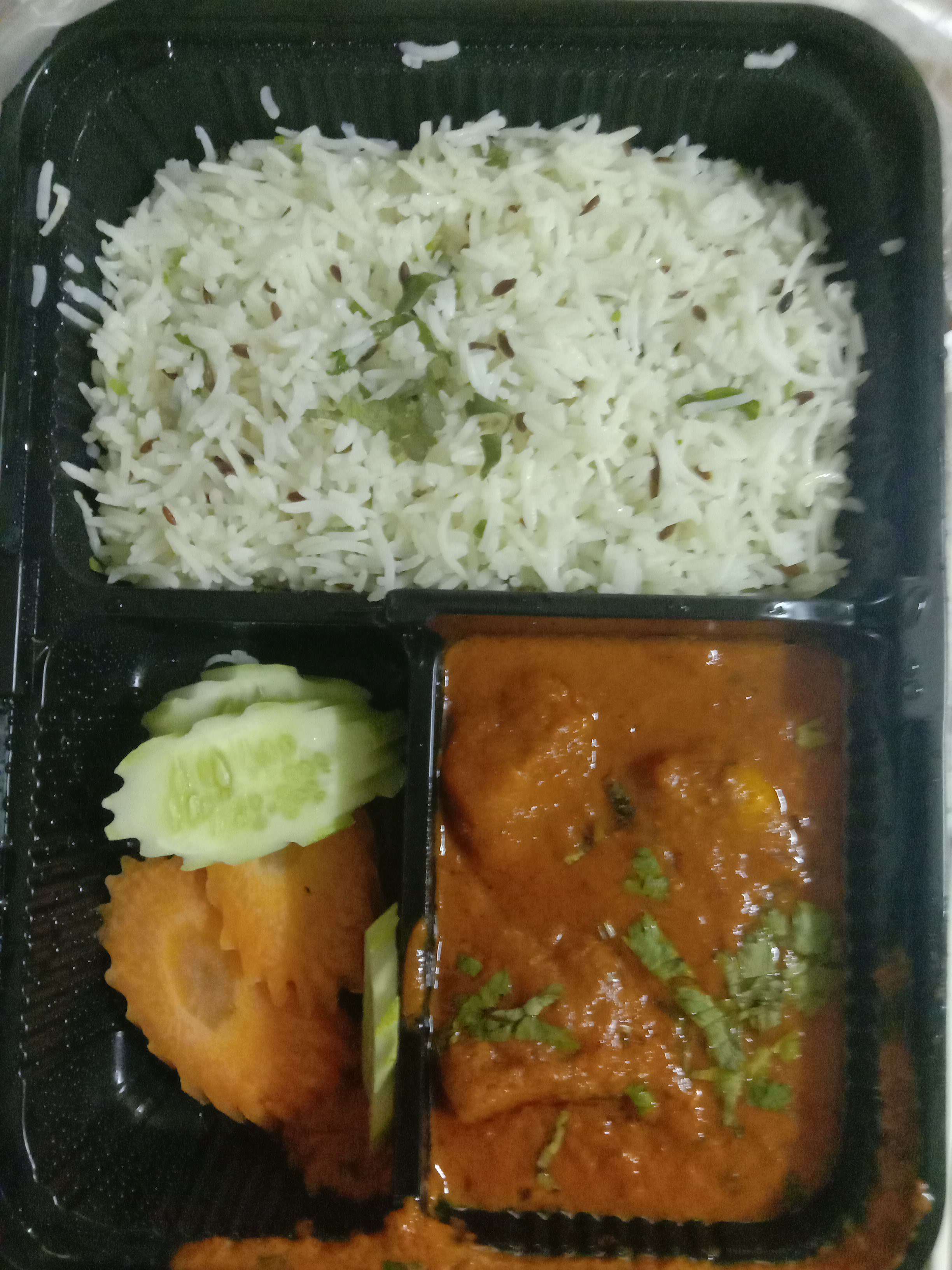 Seemed to have had the sniffles of a little cold of late, that is both, me and my partner. I actually put it down to popping out to the shop on the bike the other evening, with the drop in temperatures at night. But not so, according to the wife of the organiser whom would not allow "yours's truly" from having a small pin prick with the rest of the community. "No" it was said to my partner on confrontation, she now has the C19 virus.
So what better to shift a head cold. VINDALOO

Not bad all in all, good value for money, since there is plenty of ingredients. and also the mutton was very tender. 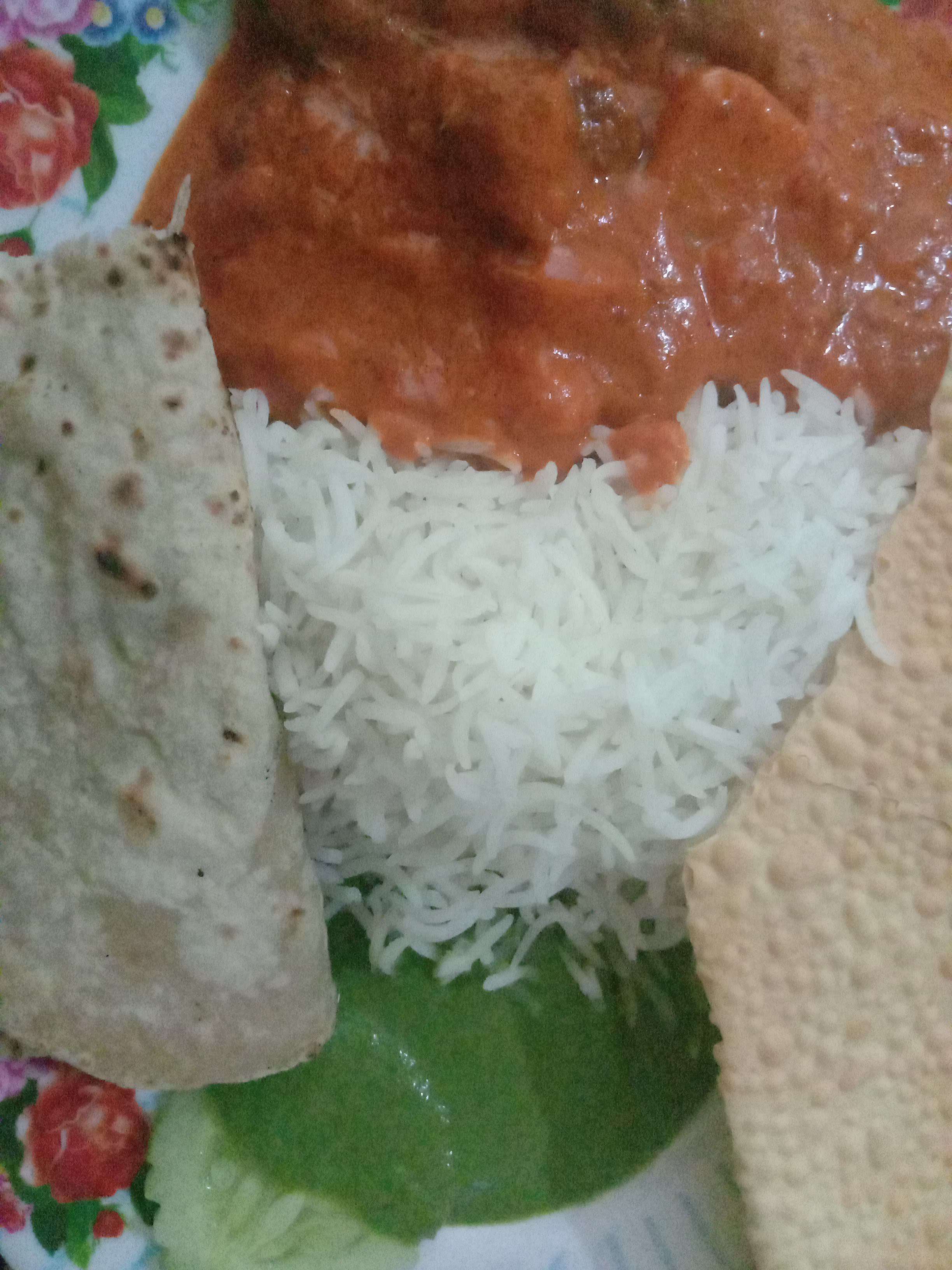 Also there were the complementary sauces and free papadums, and a very small but wonderful gift to finish off. 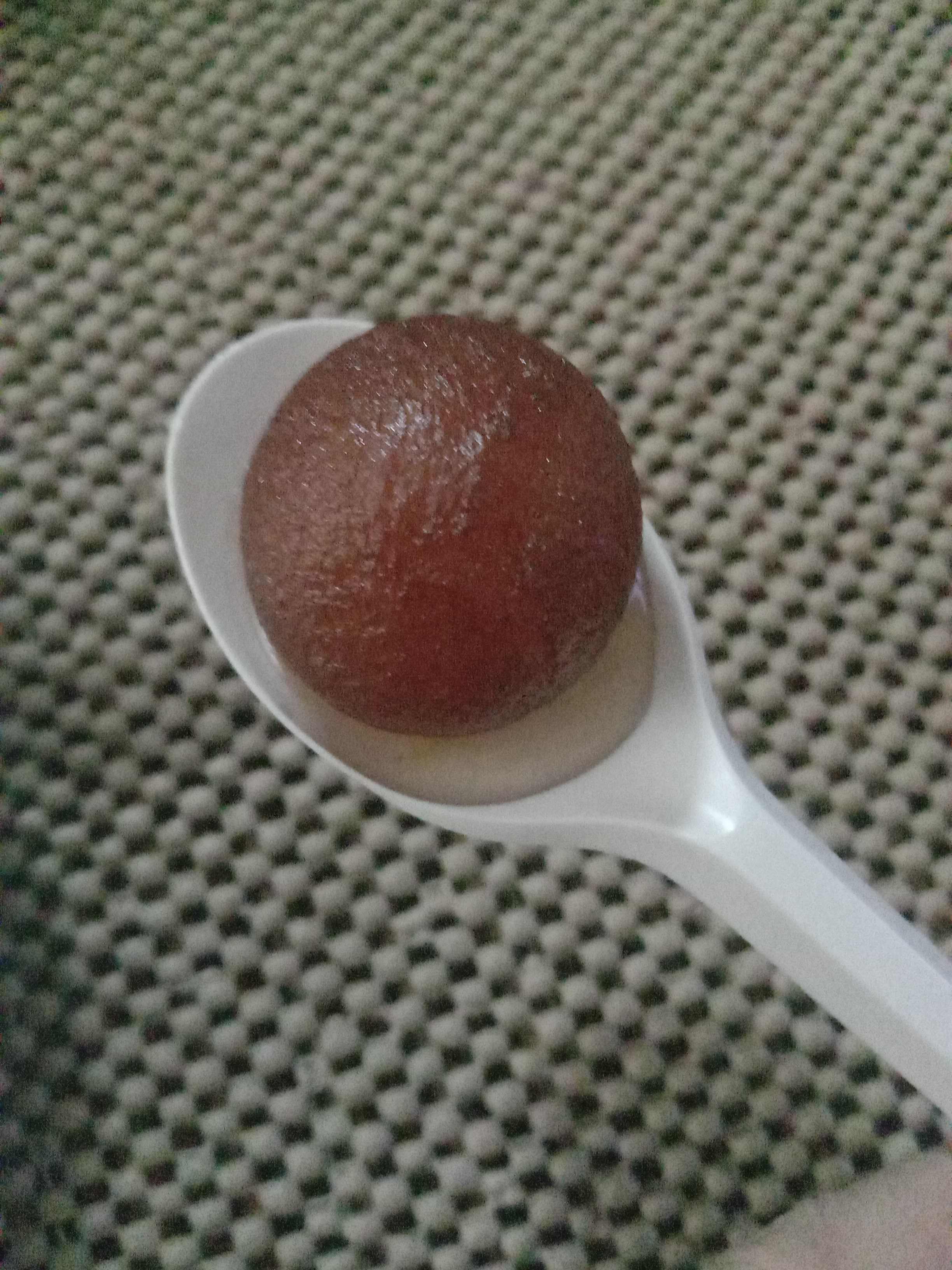 Talking about Indian sweets and desserts, and what would have gone well after the vindaloo. My most favored of all time is Rasmalai. This dish like magic just eradicates any of that after curry taste.

Rasmalai is a popular Indian sweet made of cottage cheese balls (also known as chenna or paneer) soaked in a thickened, sweetened and flavored milk.
Ras malai or rossomalai comes from two words in Hindi - ras meaning "juice" and malai meaning "cream." It is a dessert enjoyed mainly in India, with notes of Bengali origin. It's also enjoyed in Pakistan and Bangladesh. 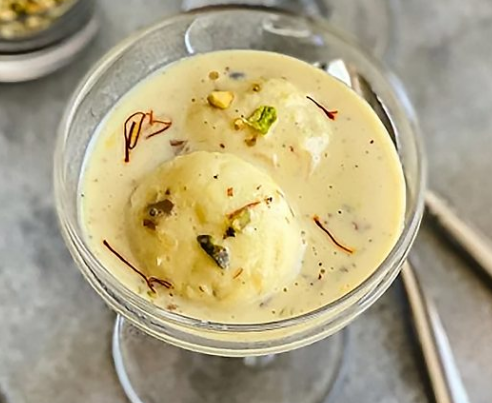 Anyone Know of this sold in the city?
Always "hope" but never "expect".
Top
Post Reply Previous topicNext topic
176 posts

Users browsing this forum: No registered users and 93 guests