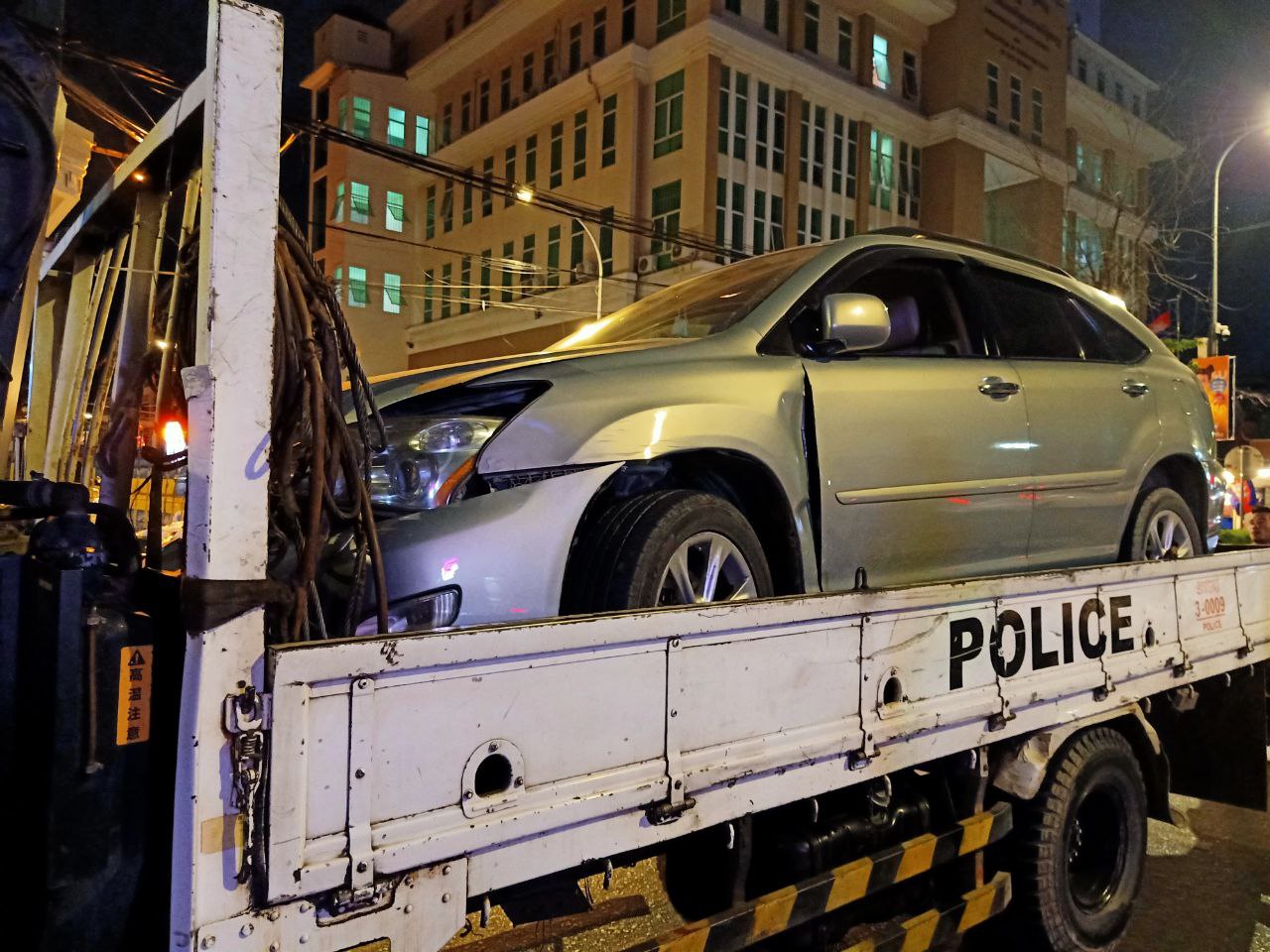 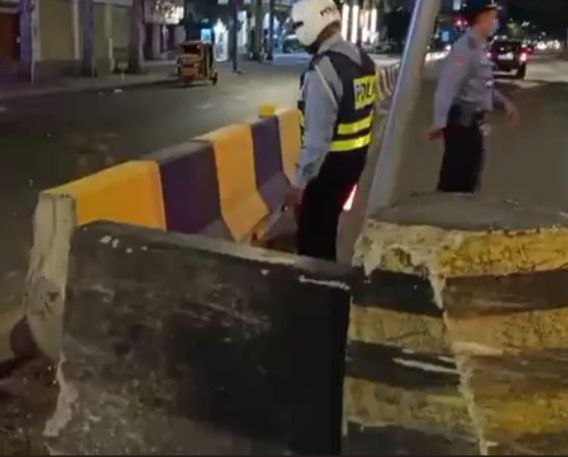 Before the incident, the witness said the Lexus RX350 car, plate PP2M-8159, was being driven by a drunk Chinese man at high speed when it smashed into a road divider. The front of the car was damaged, and the road divider was divided.

After the incident, the police went to the scene and called on the specialist police to check the accident scene while they took the damaged car to the police station, waiting to sort out the problem later. 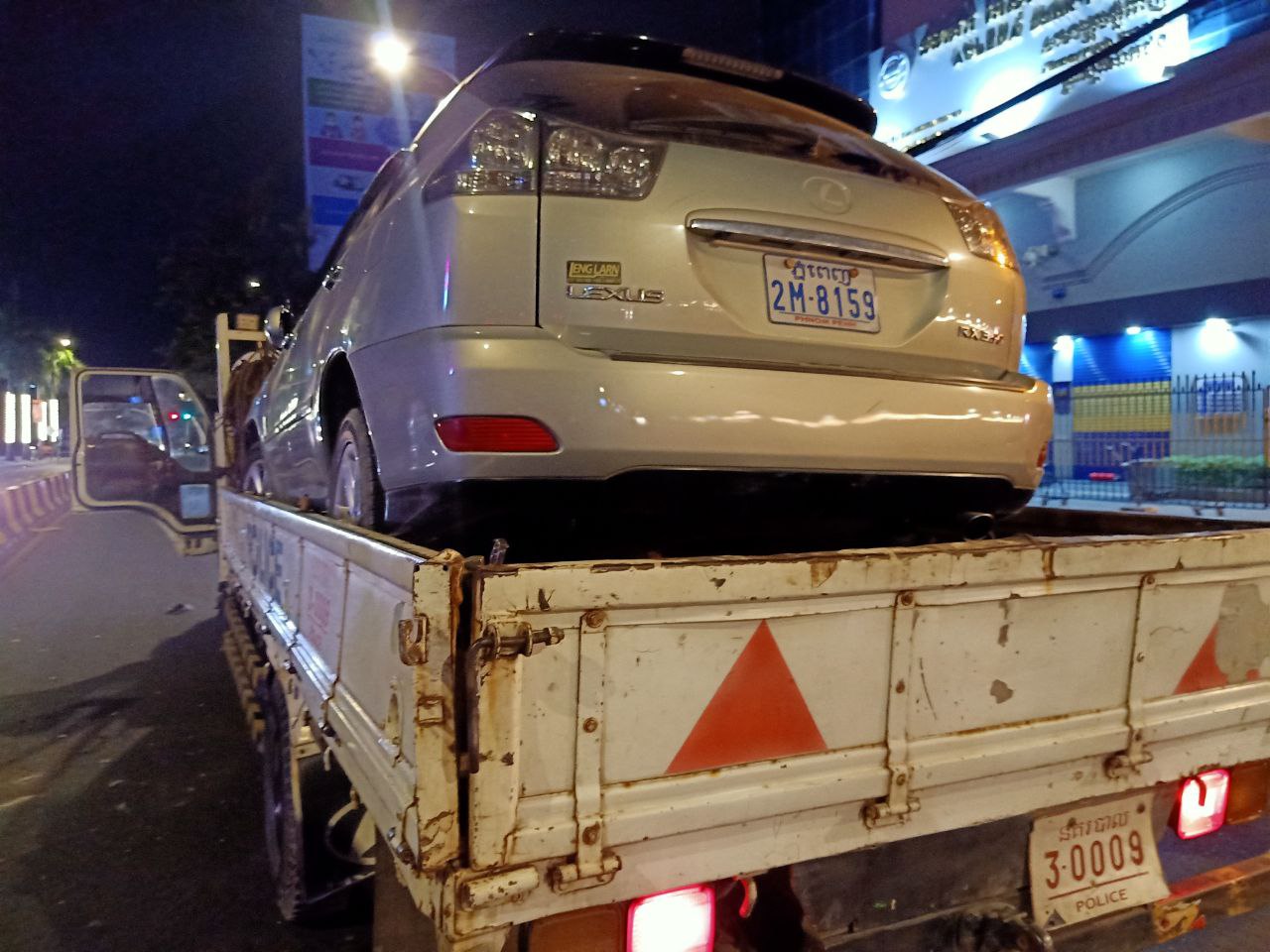 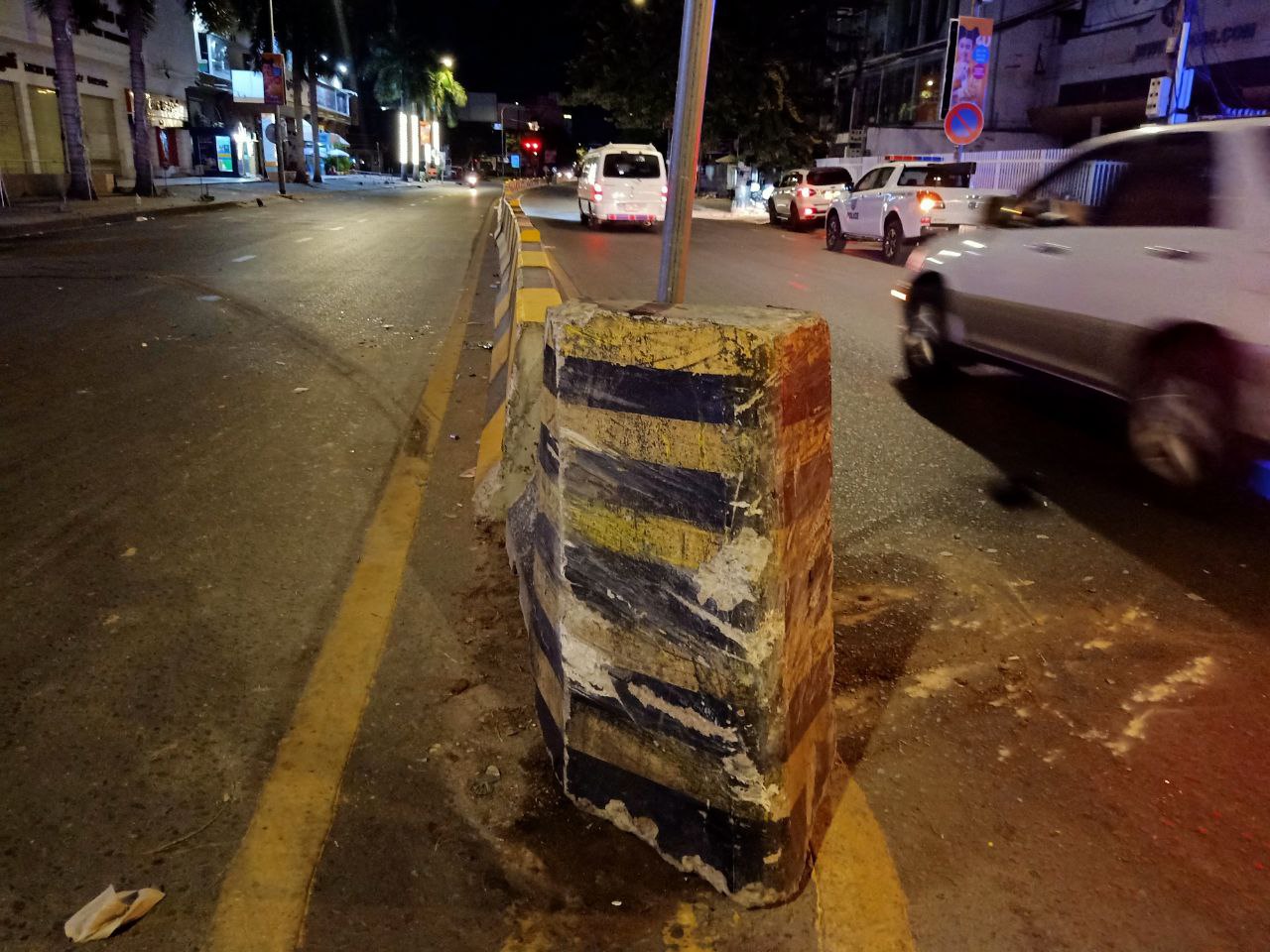 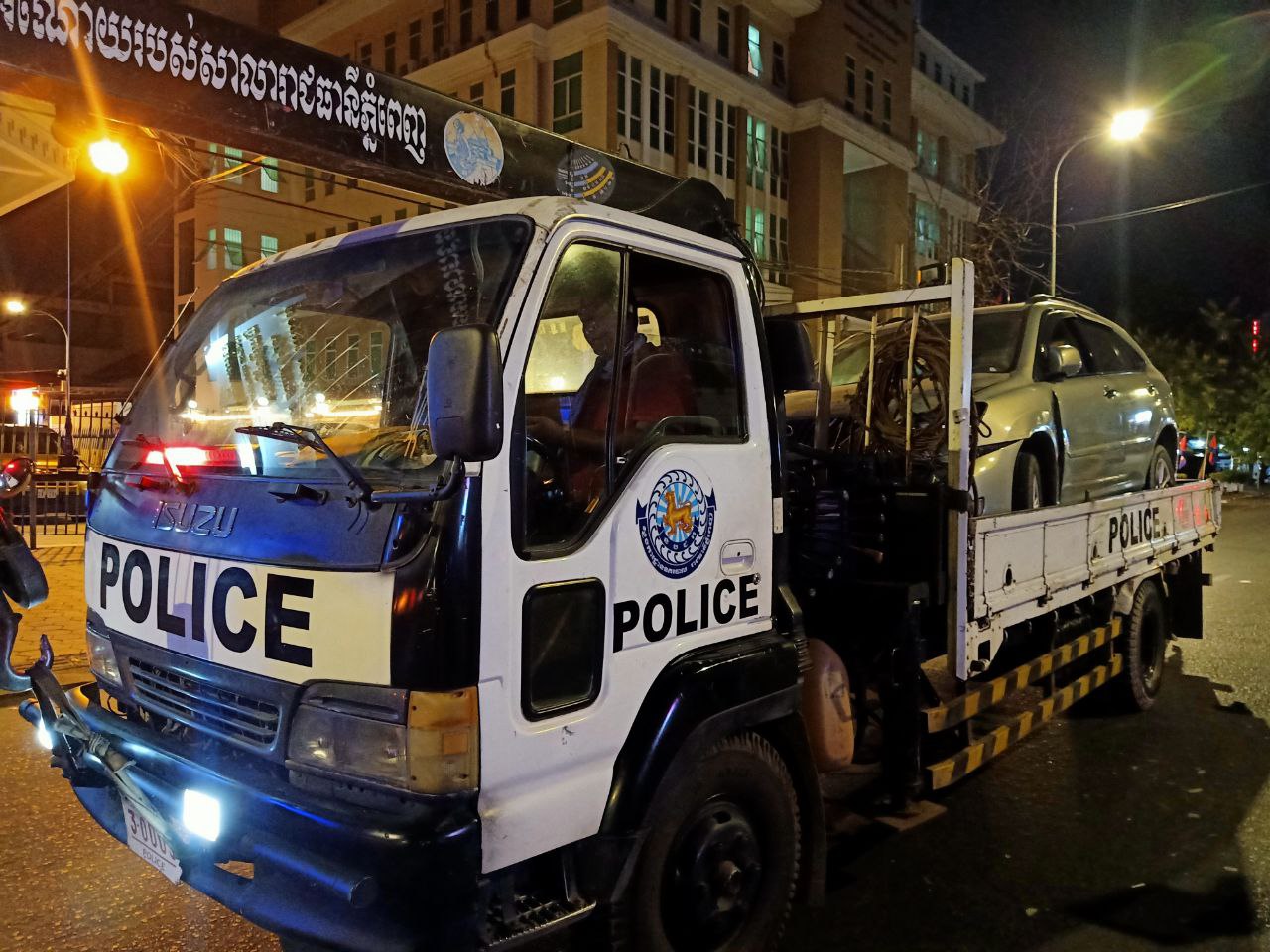