The Defiant Ones: ‘Cambodian Rock Band’ Stands Witness to History

The Defiant Ones: ‘Cambodian Rock Band’ Stands Witness to History

What happens when the music stops? What happens when it vanishes, is banned, or even becomes punishable by death? That’s one of the hooks that draws audiences into Lauren Yee’s Cambodian Rock Band, by turns a boisterous, solemn, and periodically campy new Off-Broadway production that gets its ya-ya’s out — and lets audiences do the same. It reveals the story of one survivor’s journey through the horror of the Khmer Rouge’s reign of terror, which began after the U.S. withdrew troops from Cambodia in the spring of 1975 and the country fell to Pol Pot (a.k.a. Brother Number One) and his antithesis-of-merry band of communists.

https://www.rollingstone.com/culture/cu ... CBse2BT-VQ
In a nation run by swine, all pigs are upward-mobile and the rest of us are fucked until we can put our acts together: not necessarily to win, but mainly to keep from losing completely. HST
Top

Backstory: There is a long running thread on this show starting from 2018.
cambodian-culture-and-language/cambodia ... 18758.html
Cambodia Expats Online: Bringing you breaking news from Cambodia before you read it anywhere else!

If your in new york

Hope it makes it over to se asia
In a nation run by swine, all pigs are upward-mobile and the rest of us are fucked until we can put our acts together: not necessarily to win, but mainly to keep from losing completely. HST
Top

“The Play As a Gateway for Many Other Stories”: A Conversation with Lauren Yee on her play, Cambodian Rock Band
On the telling of a singular story, the best music no one has ever heard and the future of Asian American theater
Karissa Chen
November 19, 2020 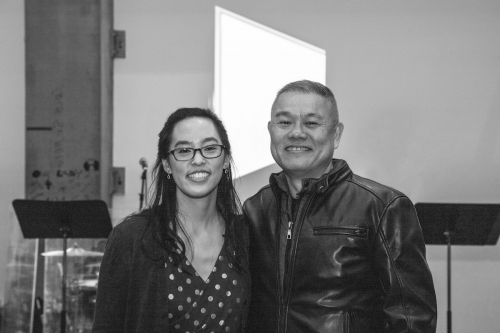 On March 11, Lauren Yee’s “Cambodian Rock Band” gave its final performance, closing early due to the increasing health threat of COVID-19. A play about generational trauma, genocide, family and music, the sense of foreboding in play was an eerie thing to watch amidst the impending chaos unfolding in real life. A week into lockdown, I spoke to Yee on the phone about the genesis of the show, how it can be a singular story that can launch the telling of other stories, how it fits into our current moment and how we can help Asian American theater in the coming months. (Minor spoilers ahead!)

This interview has been edited for clarity and length. You can read my review of the play here.

Karissa Chen
My first question is — so you yourself are not Cambodian?

KC
So what inspired you to write this work, and how did you go about researching and making sure that you really got the story right?

LY
So I guess one thing to say is that one of my actors, Joe Ngo — who is Chinese Cambodian American, and whose family did go through a lot of this history — at a certain point, with the production at Oregon Shakespeare Festival, [Joe] was just struggling under the weight and the responsibility of what it is to be part of the story and tell it every night. So one thing that our director Chay Yew told him was, "You are not responsible for telling every Cambodian American story here. You are telling one very specific story and trying to do it as skillfully and empathetically as possible, but it's not your responsibility to speak for an entire group of people and an entire wide range of experiences."

Obviously, while my background is different, I think there's some wisdom to be gleaned from that. I came into this story because I fell in love with the music of Dengue Fever. Not knowing what the music meant or the history behind it, I heard them one day at a music festival and was really struck by it. And then when I was able to do more research into the music, where it comes from and what happened to all those artists, it really stuck with me. It haunted me for a very long time. This was back in 2011. For a long time, I thought, I love this music, it should be known by more people.

When I started the play in 2015, it felt like it was finally the time to write it. It was then that I was like, Okay, I know the right way into this. I read a lot of stories about parents and children and family, intergenerational secrets and trauma. And so for me, even though my parents were not immigrants, there are aspects of that story that I can relate to. And I thought, Oh, I know how to tell that story. I know how to find something in there that feels genuine and heartfelt to me. That's where it began.

Full interview: https://hyphenmagazine.com/blog/2020/11 ... -rock-band
Cambodia Expats Online: Bringing you breaking news from Cambodia before you read it anywhere else!