Discussions about restaurants, cafes, coffee shops or bars in Cambodia. Feel free to write any reviews you have, whether its the best burger you've had in Phnom Penh or the worse pizza in sihanoukville, we want to read it! Discussions about Khmer dishes are also in here, or you can leave your own. If you own a restaurant, feel free to let the expat community know about it here so that we can come check it out. Found a favorite cafe or have a place we should avoid? Tell us about it. Asian recipes & questions are always welcome.
Post Reply Previous topicNext topic
10 posts • Page 1 of 1

Interesting possibility:
Ketchup isn’t even American – The Language of Food explains how tomato sauce has origins in Vietnam, Cambodia and Indonesia dating back to the 17th century
No fast food burger or fries is complete without it, but before ketchup there was Cantonese ke jiap, Indonesian kecap and Hokkien kôe-chiap – and they were fish or soy sauces with no tomatoes in sight
Victoria Burrows
Published: 6:00am, 8 Nov, 2020

Ketchup, that thick, sweet and tangy tomato sauce that goes hand in hand with burgers and fries, is a true American culinary classic – or is it?
In a history pieced together through old recipes, missionary dictionaries and etymological echoes, researchers have traced the condiment’s origins to an unexpected source: Southeast Asian fish sauce.

Old American recipes show that tomato is a relatively new addition to ketchup, only appearing as an ingredient from the early 1800s. According to The Language of Food: A Linguist Reads the Menu, by Dan Jurafsky, a professor of linguistics and computer science at Stanford University, from about 1750 to 1850 “ketchup” mainly referred to a thin dark sauce made of fermented walnuts or mushrooms.

British colonists took ketchup recipes to the USA, where they were adapted. The first cookbook to be published in the American colonies was the 1742 edition of Eliza Smith’s The Compleat Housewife, or, Accomplished Gentlewoman’s Companion, which was first published in Britain a couple of decades earlier.

“Ketchups in England date back at least to 1727, when Eliza Smith gave a recipe for ketchup made from anchovies, shallots, white wine vinegar, two kinds of white wine, cloves, ginger, nutmeg, mace, whole peppercorns and lemon peel,” said British food writer Matthew Fort, who recently worked together with executive chef Anthony Garlando at Aqua Shard in London to launch the Forgotten British menu, which brings back to life old recipes dating from hundreds of years ago.

The connection to Asia comes through another old recipe from 1732 titled Ketchup in Paste, which referenced “Bencoulin in the East Indies” as its origin. The British had a trading post in Bengkulu on Sumatra, Indonesia, in the 1690s and historians posit that this is how the word “ketchup” first entered the English language.

“Many in Hong Kong believe that ‘ketchup’ derives from a hypothetical Cantonese word ‘ke jiap’, or ‘eggplant sauce’. Since tomatoes in Cantonese are called ‘foreign eggplants’, the intuition is that ‘ke jiap’ was somehow short for ‘faan ke jiap’, or ‘tomato sauce’,” says Jurafsky in his blog, The Language of Food. “I used to hear this folk etymology from friends all the time in Hong Kong, but it can’t be correct since, as we’ve seen, the original condiment was borrowed, together with its name, hundreds of years before the tomatoes were added.”

Instead, it is believed that ketchup is an archaic word for fish sauce in the Hokkien dialect, a fact which is supported by a Hokkien to English dictionary compiled by missionaries in 1873 that gives pronunciations in various subdialects as kôe-chiap in Quanzhou and kê-chiap in Zhangzhou.

But while the etymological root of ketchup is likely Chinese, the sauce itself was probably from Southeast Asia. According to culinary historians Naomichi Ishige and H.T. Huang, fermented fish sauces had been in existence in China since about 300BC, but by 50-100BC, demand for fish pastes had been replaced by a market for fermented bean products. In the 17th and 18th centuries, fish sauce from Vietnam or Cambodia was brought up the southeastern coast of China by sea traders. These same Hokkien traders also took the sauce to Indonesia.
https://www.scmp.com/magazines/style/we ... plains-how
Cambodia Expats Online: Bringing you breaking news from Cambodia before you read it anywhere else!

I think the Italians might have something to say about this!
Top

I think it’s a poorly written article but I’ve heard plenty of legends that Ketchup was an adapted fish sauce concoction adapted by the British in a port in Southeast Asia. In Malacca, Malaysia quite a few folks like to claim the town as the birthplace of ketchup. It would probably be hard to pinpoint the exact location, but whenever it first started to be used and sold it prob did make it’s rounds through the various port towns in Vietnam, China, Indonesia or Malaysia.
Top 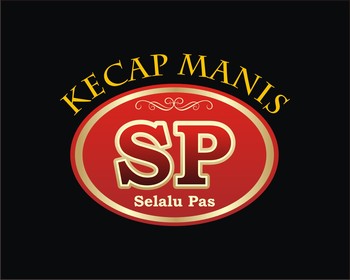 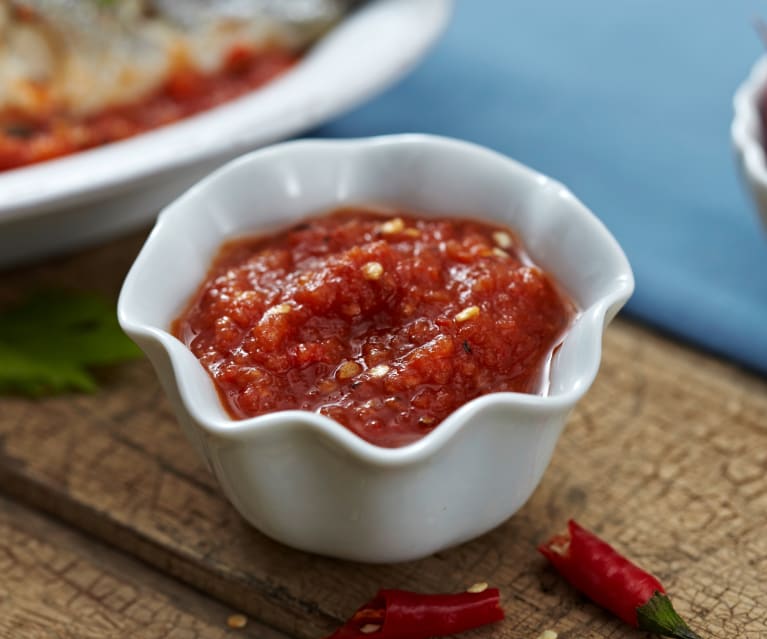 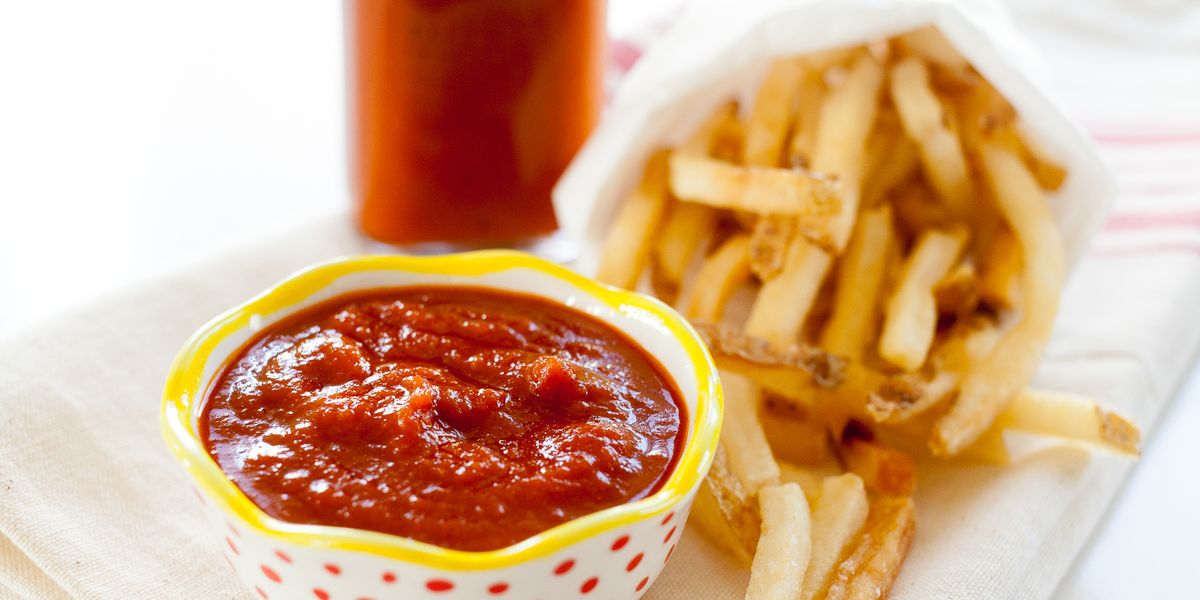 But with more tomatoes and less chilis because this asian red stuff was peeling the inside of them delicate Brits 's throats, i guess.
Top

Etymology and cuisinological history correct, Ghost ^^^
but then, even with the spice ripped out and totally blandified by the Poms, the Yanks had to crank up the sugar dial even more.
Top

Sounds highly unlikely given that tomatoes are a new world crop. I'm sure someone in central or South America mashed up some tomatoes with a bit of sugar way before any European or Asian did. The etymology of the word may have Asian roots though...

Hated ketchup since I was a child.

Now a good tomato relish, on the other hand, is a different matter.
Top

But with more tomatoes and less chilis because this asian red stuff was peeling the inside of them delicate Brits 's throats, i guess.

hmmm, curry is the nations favourite dish in the UK. I can't remember ever seeing chilli in anything from a French kitchen - I always assumed it was far too crude and dominating for the subtleties of French cuisine.
Top

I never really delved into it further, but it made sense to me that the origins, or at least the influences of some popular sauces were from far flung bits of the empire, and then further influenced by the trading routes.

Katsap/katsup.
The ex- and her family were pretty skilled in the kitchen, and a great deal of food was made from scratch, even if a bottle of something could be found easily.
Katsup being a spicy tomato concoction.

Chatnee.
In the UK, many are familiar with Chutney, and no doubt few think about the origins. One problem in Dhaka would be to find a condiment on the table, and ask what it is. ‘Chatnee’ being the quick reply. Great, now I know. Except the next time that I would like some Chatnee, she would ask ‘which one?’

Tamarind sauce.
I never did figure out the name, but it was a sauce made with tamarind and chilli, and...stuff. A thin sauce that went especially well with Futchka (I’ve no idea of the proper anglicised spelling),and Chatputtee. This sauce was so similar, and yet so much better than, HP and other brown sauces.
we Remember
So Their sacrifice is never forgotten
Top

Doc67 wrote: ↑Sun Nov 15, 2020 11:10 am
hmmm, curry is the nations favourite dish in the UK. I can't remember ever seeing chilli in anything from a French kitchen - I always assumed it was far too crude and dominating for the subtleties of French cuisine.

Although i can't remember a typical seriously spiced French dish with chili, we have couscous as an equivalent : nation's favorite dish, from the colonial empire.
Sauces always have been the main focus.
Despite quite an occupation in Africa, i can't think about an African meal that made it's way into casual French cuisine, except couscous. Weird....
Top
Post Reply Previous topicNext topic
10 posts • Page 1 of 1

Users browsing this forum: No registered users and 47 guests