Now for some good news. Here is an uplifting story from the CCF (Cambodia Children's Fund) of what a child can achieve with support and hard work.
Sep 26th, 2020 | Community Stories
Young Techs

CCF students are tuning into the power of technology as future careers. Here we meet three students, including a brother and sister, who are making great strides in their future careers. 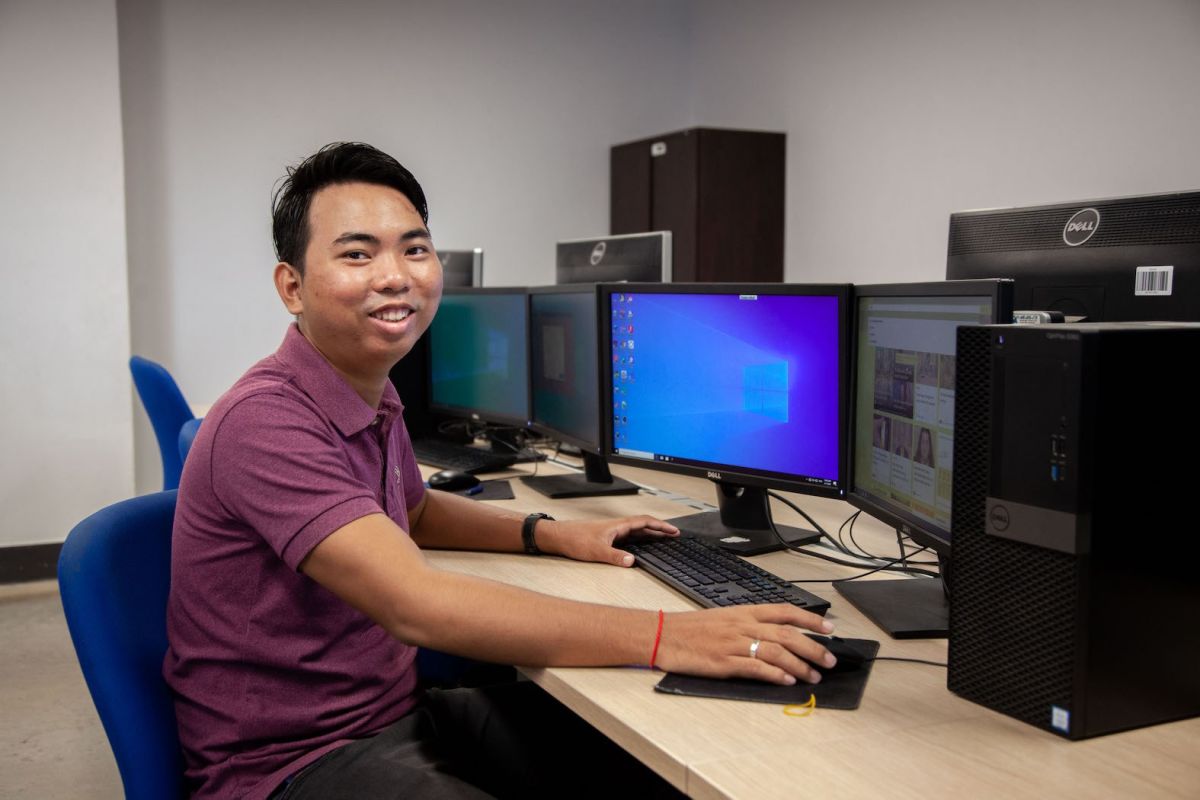 After recently graduating with a degree in Computer Science following five years of study, Thayheng is preparing for the next stage of his educational journey - taking up a scholarship for a Master’s in France.

Thayheng, 24, who joined CCF when he was eight years old having never attended school before, was awarded the full scholarship through the French Embassy in Phnom Penh, after passing a rigorous selection process.

He will start a one year Master’s in Network and Telecommunications program at the Institut National Polytechnique de Toulouse on September 28.

“My parents are very excited for me too. I feel very happy that I’ve made my mum proud, that’s really a good feeling.”

Thayheng has seen how technology is increasingly shaping the future of Cambodia, creating a need for tech savvy young Cambodians to fill the expected skills gap, one of the reasons that he switched his Bachelor’s from engineering to Computer Science.

I started off wanting to study civil engineering but during my first year, I got involved in many more activities and changed my major to Computer Science. I find technology fascinating; how it changes our lives, especially in terms of our social interactions, our communications, and even how much it has approved the systems we are using right now.
— Thayheng

The educational foundation provided by CCF has equipped Thayheng with the tools and capacity to embrace the technological revolution in Cambodia, enabling him to contribute to the future of his country.

CCF also supported Thayheng during his full-time degree program at the Institute of Technology in Cambodia.

These are opportunities that Thayheng, who grew up in poverty in rural Cambodia, once never dreamed of.

“My family could not afford to send me to school when we were in the province, so we decided to move to Phnom Penh in the hope that there might be work so that my mother and my father can feed the family.

“So we moved to Steung Meanchey, to the dumpsite, and we started scavenging, picking up rubbish and stuff. I was about eight years old at the time.

“I only did it for a couple of months because I got into CCF. I was very lucky.”

Thayheng’s younger sister also joined CCF and is currently in Grade 11 at the Neeson Cripps Academy.

While his focus is on starting his Master’s course, Thayheng already has thoughts on his next step, getting a PhD.

After that, I want to go back to Cambodia and do teaching at one of the universities. I want to pass on my knowledge to others and inspire the next generation.
More here: https://www.cambodianchildrensfund.org/ ... oung-techs
Cambodia Expats Online: Bringing you breaking news from Cambodia before you read it anywhere else!