World Olympians Association Celebrates Achievements of Vath Chamroeun
The former wrestler and current secretary of the National Olympic Committee of Cambodia has been honored by the association and granted permission to use the post-nominal letters OLY—the first Cambodian to gain such a designation.
By Cambodianess - September 29, 2020 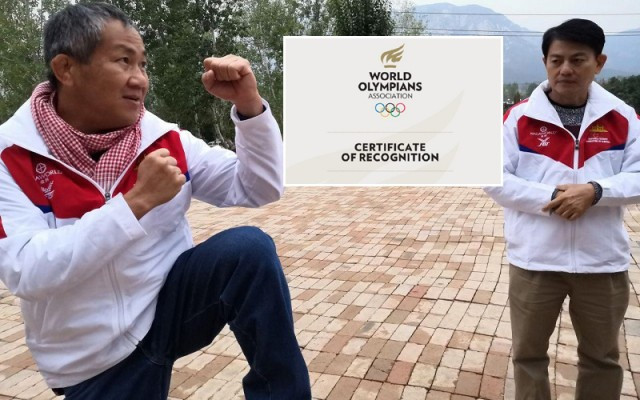 The World Olympians Association (WOA) has granted Vath Chamroeun, former Olympic wrestler and current secretary of the National Olympic Committee of Cambodia, a certificate of recognition as “Chamroeun Vath OLY.” The post-nominal letter is the recognition of an athlete’s achievements in the Olympics.

Chamroeun is the first Cambodian to receive such recognition by the WOA.

“In recognition of your achievement as an Olympian, you are granted use of the post-nominal letter OLY to signify your ongoing role in society as an Olympian, living and promoting the Olympic values,” wrote the WOA in a letter to Chamroeun.
In full: https://cambodianess.com/article/world- ... -chamroeun
Cambodia Expats Online: Bringing you breaking news from Cambodia before you read it anywhere else!