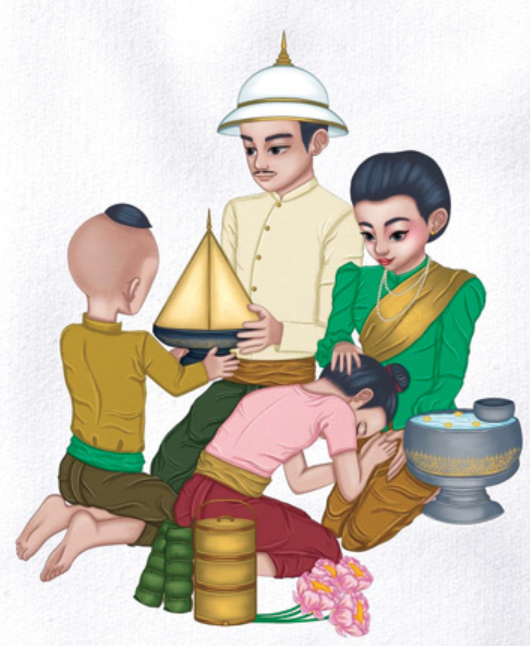 Cambodians often tell the younger generation, “never forget your living gods”, or in other words, never forget your parents. One young artist has used this message as inspiration to create a new t-shirt design to celebrate the 14-day Pchum Ben festival.

This limited-edition t-shirt depicts a young boy and girl kneeling, and paying respect to their parents. The artist also depicts traditional Cambodian rice cakes, a meal box, and a flower, to portray the traditional scene at pagodas for important religious ceremonies such as Pchum Ben festival. The family also wears customary outfits from the King Sisowath era. The design is in cartoon form to appeal to the younger generation, and hopefully make them pay more attention to the message behind the picture.

CEOCambodiaNews wrote: ↑
Wed Sep 02, 2020 4:05 pm
At this time, Cambodians traditionally go back to their villages to honor their ancestors.
What about you expats, how many of you will be celebrating the holiday with spouse or friends in their villages?

Did it yesterday. Got woken up in the middle of the night to dress up and attend.

Missus used FaceTime to connect me and her from Phnom Penh to the local temple in the village where the entire family was gathered.

Then there was an obligatory party afterwards.

She’s been going to temple almost everyday. Hope she’s been to seven already and can take a rest from the madness.

Oh, temples are packed, and no one wears masks, except her. 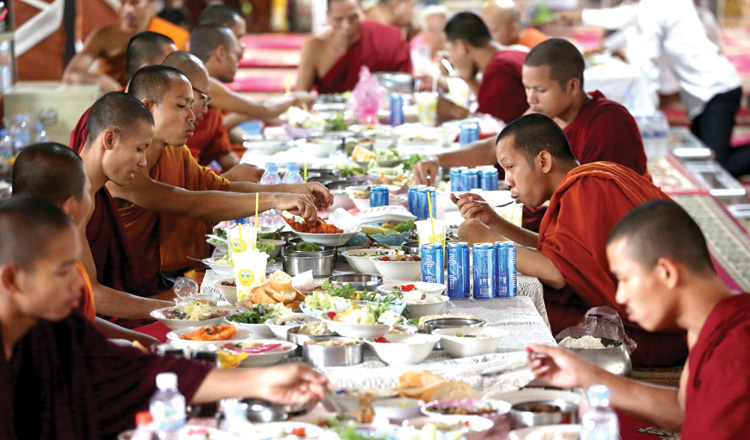 The Pchum Ben festival, directly translated as gathering of rice, is known as Ancestors Day, a 15-day religious Buddhist ceremony to honour and bless deceased ancestors.

The ceremony commences after monks chant throughout the night as a prelude to the first day on September 4, to symbolise the opening of the gates of hell for entry into the land of the living.

Away from the bustling city in the quaint outskirts of Dangkao district, Wat Teuk Thla sits at the crevice of a newly-constructed bridge. People from the village, mostly elders, have already gathered at the pavilion for prayers and light bundles of incense and candles, which glow in faint amber, as an offering to the massive Buddha statues that seem to peer from the altar.

At the monk dining hall, stacks of food offerings, including rice sacks, fruit drinks and noodles, are common staples that are neatly allocated before each monk. Freshly prepared food are spread out in rows of organised silver vessels which contain curry, steamed fish and soup.

As the monks enter the pavilion, prayers are led by the Priest who orchestrates the group recital in the Pali language to signal and summon ancestors to the location of the blessing.

After the ceremony comes to an end before noon, the monks retire to their living quarters to begin the ceremony’s next phase. Monks play a key role in conjoining the living with the dead, tasked with converting food offerings into merit that is delivered to age-long deceased relatives to reduce their sins and assisting hungry souls in their path to reach reincarnation.

It centres around the belief in karma and reincarnation, where spirits with bad karma inhabit the spirit world. As spirits roam in the living to repent, ceremonial offerings bear merits which help expunge the sins committed by their ancestors during their lifetime. The ceremony helps ease the suffering of spirits with pinhole mouths, incapable of getting enough sustenance. It is believed that failure to participate would anger the ghosts who would cast a curse on the living in the physical world and bring bad luck.

Buddhists visit at least three pagodas, especially the ones home to their ancestor’s stupas. Within each family household, key selections of foods are often prepared and dedicated exclusively for the monks.
https://www.khmertimeskh.com/50763852/e ... oved-ones/
Cambodia Expats Online: Bringing you breaking news from Cambodia before you read it anywhere else!

Users browsing this forum: No registered users and 84 guests