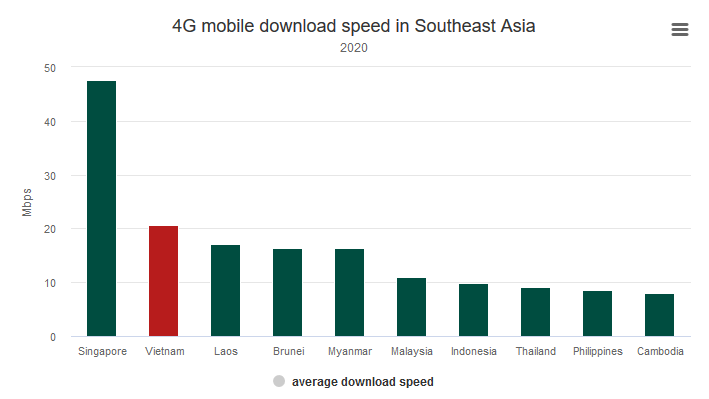 Singapore has the fastest download speed of mobile data in Southeast Asia and sixth globally at 47.5 Mbps.

Canada’s 4G download speed is the fastest in the world at 59.6 Mbps, followed by South Korea and the Netherlands.

Vietnamese users have seen a 46.6 percent increase in their download speed over the previous year, when it was clocked at 14.1 Mbps.

The report was compiled using tests and results gathered from 43.3 million mobile devices around the world, with over 87 million measurements between January 1 and March this year.

Vietnam’s 4G networks performed better in terms of availability than speed, ranking 36th among 100 economies, with Vietnamese users having access to 4G networks 87.9 percent of the time, higher than Laos (86.2 pct), Malaysia (84.4 pct), Brunei (83.1 pct), and the Philippines (81.5 pct), the report said. 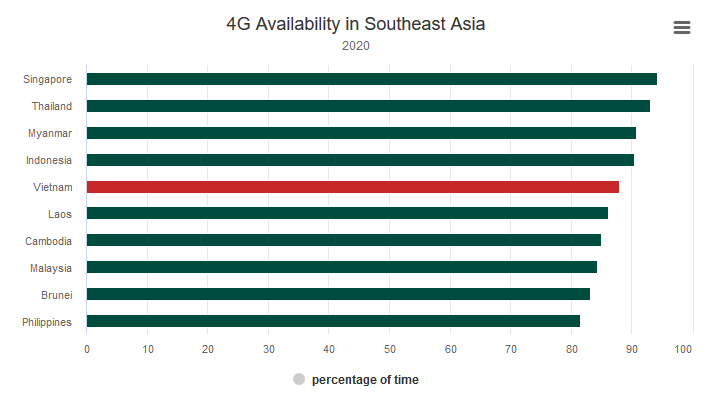 https://e.vnexpress.net/news/news/vietn ... 00256.html
Cambodia Expats Online: Bringing you breaking news from Cambodia before you read it anywhere else! 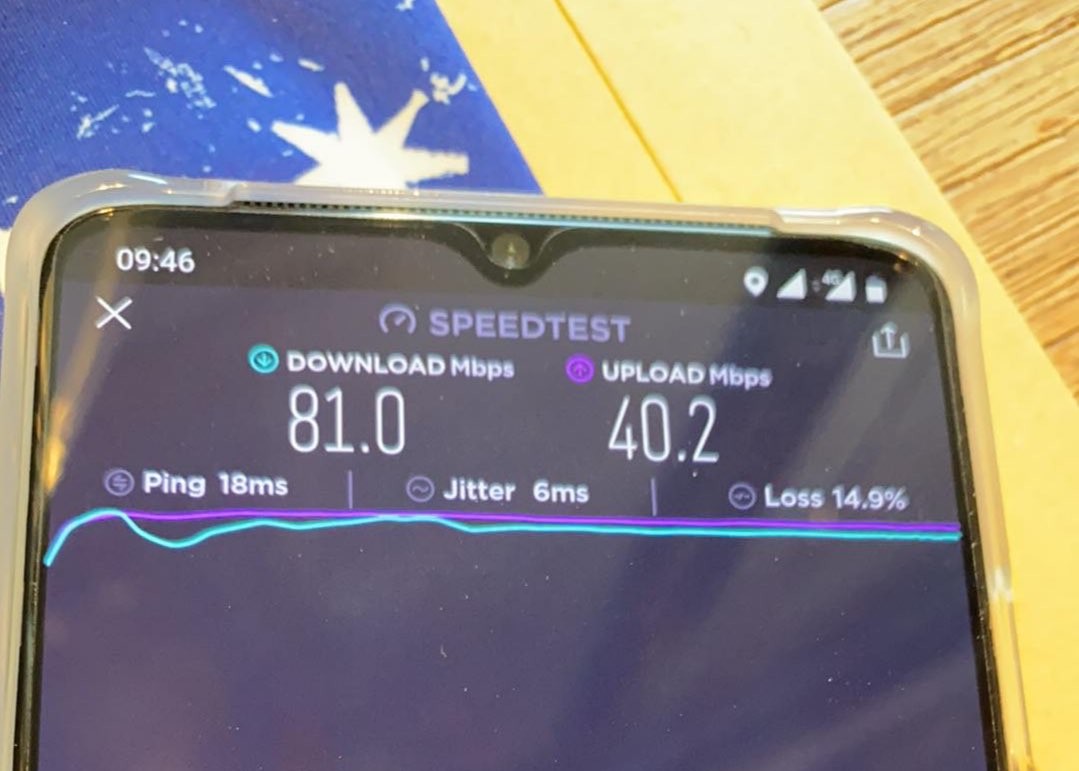 Cellcard on my OnePlus 7T.
OpenSignal, I don't believe youuuuuuuu!

Did you select server outside of Cambodia? I'm pretty sure your numbers would be much lower if you did. And anyways the numbers in this report means country wide averages I believe and you hardly get even 3G level speeds outside of major cities in Cambodia.
Top

I’d take my Smart signal, or any other operator for that matter versus the crap signals I got when back in the UK.
Meum est propositum in taberna mori,
ut sint Guinness proxima morientis ori.
tunc cantabunt letius angelorum chori:
"Sit Deus propitius huic potatori."
Top

Even in the states, when you leave the city, signals can be pretty week. It's a rough, humbling adjustment when on a trip out of town, all of your mobile habits are crippled.
Top

It’s a lot worse with 5G. Just the nature of physics. Higher frequency signal means lower distance of coverage. Of course 2G can’t carry all the data to make a graphics based screen and forgot social media.
Top

Connection speeds are the single biggest complaint from students trying to study from home in Cambodia. I know many teachers who struggle to teach online classes due to connection speeds - either their own or those of the students.

It's all very well to say that closing schools isn't a major issue because students can learn online, but that relies heavily on good connection speeds, and I don't think the infrastructure is quite there. You might be able to get good speeds during certain times of the day, but it's very sporadic and often drops significantly at other times, especially for those relying on 4G (which most students use).
Top

Well I just did a test on Smart and to LOCAL PP servers I got a pitiful download speed of 3Mbps and 3.8Mbps on two tests. That's pathetic. Once when I was in Kampot I couldn't even get 1Mbps, and in SR I noticed my service dropping to 3G all the time.
No matter how much it rains, the dirt never washes away.
Top
Post Reply Previous topicNext topic
9 posts • Page 1 of 1

Users browsing this forum: No registered users and 53 guests