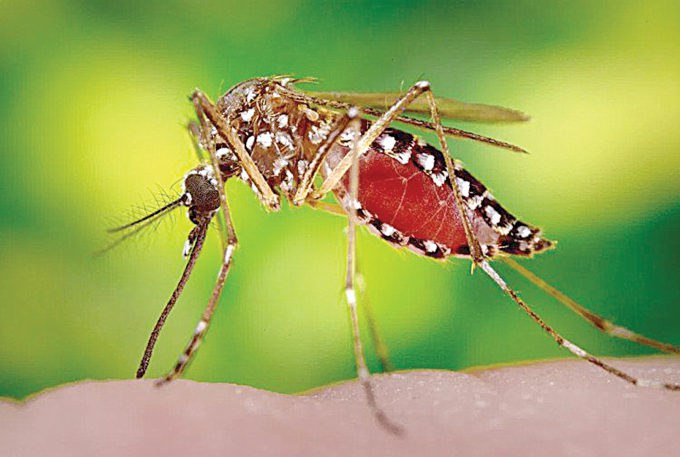 Cambodia News, Phnom Penh: With the rains comes dengue season; the Ministry of Health has declared 2,172 dengue fever cases in the first 19 weeks of this year as the number of cases continues to rise in the villages, communes and towns of the provinces. 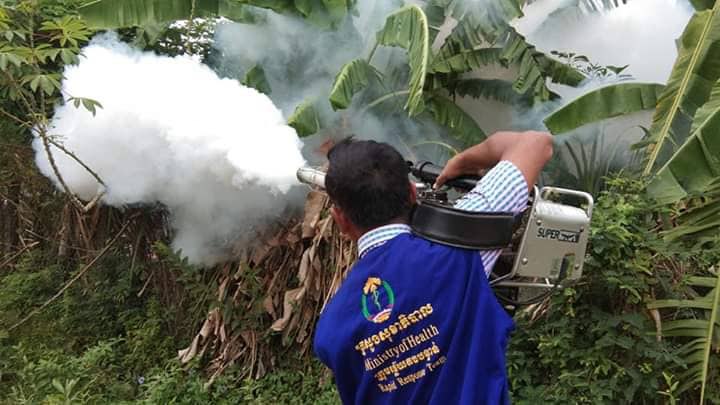 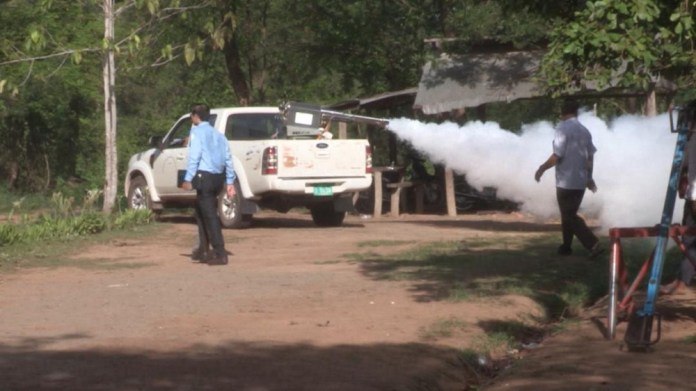 Dengue fever can occur in any age group; it is caused by the Tiger mosquitoes which breed in water, and live no more than 150 meters from their place of birth. This means that it is important to remove all free-standing water around habitations and cut back plants close to the house. Citizens are advised to wear long clothes to protect them from mosquito bites, and not to sit or sleep near stagnant water. 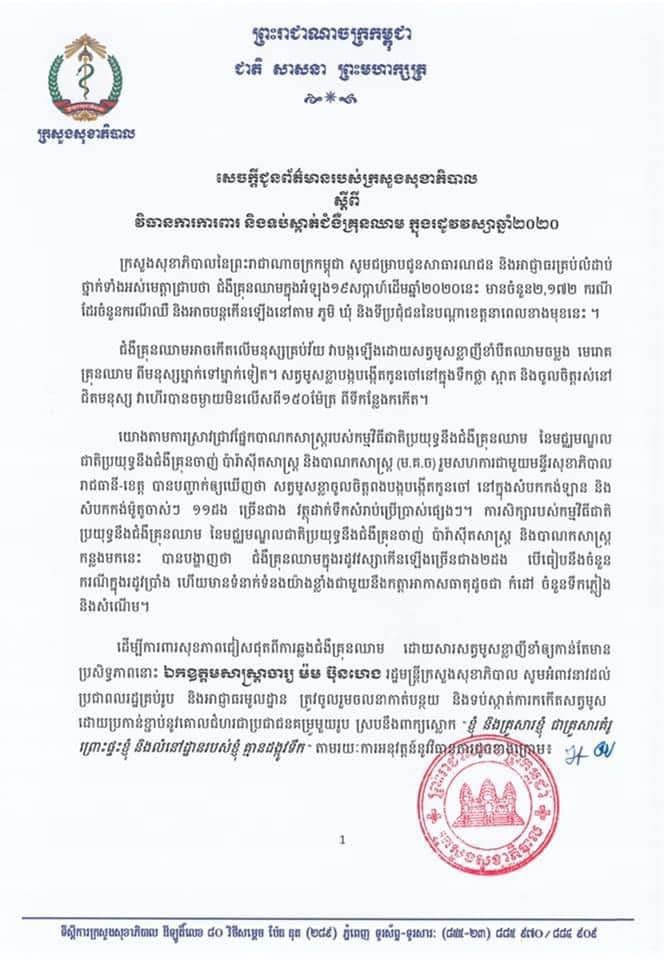 Kampong Speu provincial health department director Or Vanthen told The Post on Thursday that there are 75 children under the age of 10 at the orphanage in Phum 1 Village, Treng Trayoeng commune.

The density raised fears of transmission and an outbreak of the infectious disease.

Vanthen said the seven children were infected because the centre is located near a forest and did not properly store garbage, such as cans or bottles, which can store water during the rainy season, leading to mosquito breeding.

“In Kampong Speu province, there are a few cases. Some villages have only one or two cases. When it happens like in the orphanage, it concerns us and we must take urgent steps to prevent it. We have assigned a team to spray mosquito insecticide in the centre’s area and the village,” he said.

But after visiting the site, he concluded it was just an isolated case and not an outbreak of the disease.

“Last year we were doing well and keeping people informed and engaged. In 24 weeks there have been only 2,907 dengue cases, 86 per cent fewer than last year. So I wondered why now, which is why I went and checked,” Vathern said.
https://www.phnompenhpost.com/national/ ... ial-claims
Cambodia Expats Online: Bringing you breaking news from Cambodia before you read it anywhere else!

Similarly enjoying a reprieve so far this year are the citizens of Cambodia. Health authorities there reported dengue cases up to May 31 had plummeted from 13,843 in an similar, but six-month-long period of last year, to 2,172 this year.
https://aecnewstoday.com/2020/move-over ... -in-asean/
Cambodia Expats Online: Bringing you breaking news from Cambodia before you read it anywhere else!