If you have something so weird, strange or off-topic to post and think it doesn't belong in any other forum; you're probably right. Please put all your gormless, half-baked, inane, glaikit ideas in here. This might also be a place where we throw threads that appear elsewhere that don't belong ANYWHERE end up, instead of having to flush them. FORUM RULES STILL APPLY.
Post Reply Previous topicNext topic
19 posts 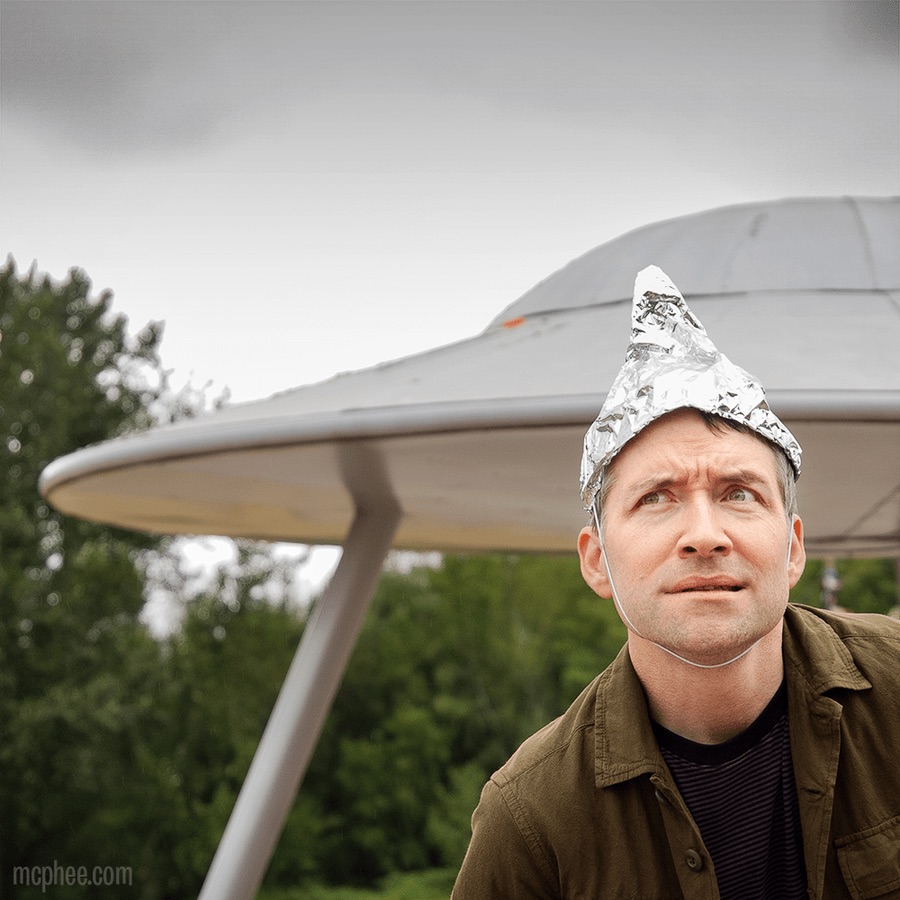 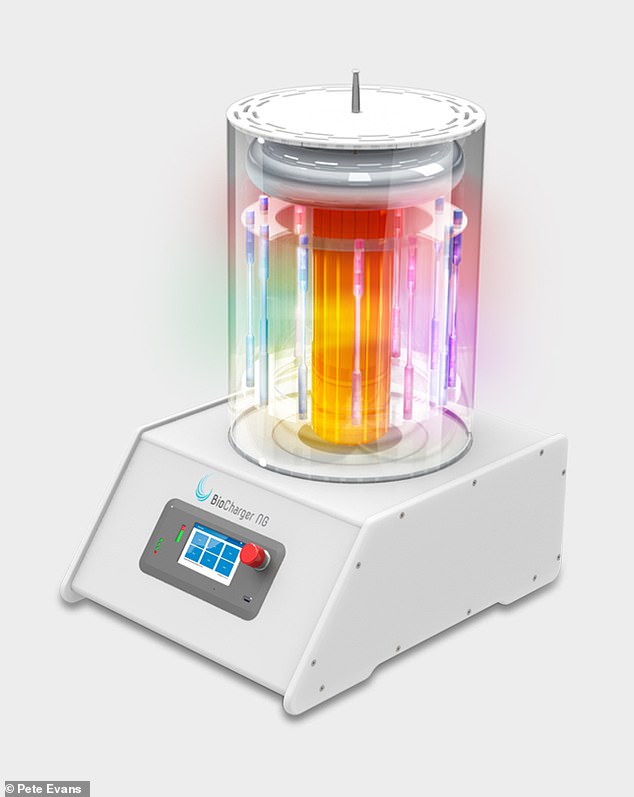 Pete Evans has been fined $25,200 for promoting a bizarre lamp that he claimed could help treat coronavirus.

The Therapeutic Goods Administration issued two infringement notices Evans' company for alleged breaches of the Therapeutic Goods Act 1989.
He allegedly live streamed a video on Facebook on April 9 claiming a 'Biocharger' device could be used in relation to 'Wuhan Coronavirus'. 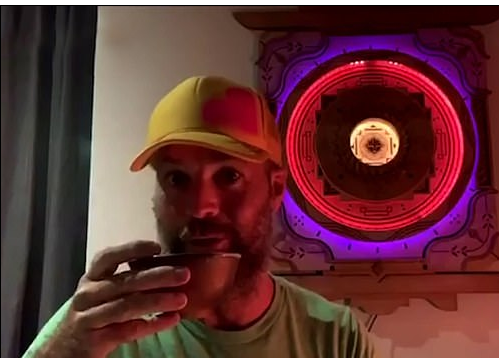 https://www.dailymail.co.uk/news/articl ... -lamp.html
Cambodia Expats Online: Bringing you breaking news from Cambodia before you read it anywhere else!

This is great stuff. Grab your tinfoil.

Why are Australians smashing their TVs? And what does it have to do with 5G and coronavirus?

Who is Fanos Panayides and why were people protesting with him in Melbourne? One Guardian staffer asked another to explain to them ... quickly

Hi Josh. I’ve just seen a video in which many Australians appear to be smashing their televisions. What is happening please?

It’s all about a former reality TV star from Melbourne, his growing Facebook following, and protests against the coronavirus lockdown, media, vaccines, 5G and microchips.

Now I am even more confused. How did it start?

In April a former reality TV show star, Fanos Panayides, started a Facebook group called “99% unite Main Group ‘it’s us or them’”. In a month it has grown to nearly 40,000 members.

There is no real united message in the group except for claims people are not being told the whole story on a wide variety of things: from vaccines, to alleged microchips being installed in the population, to conspiracy theories connecting 5G technology to the coronavirus. Some people are simply opposed to the lockdown. It’s a whole grab bag.

Last week Panayides told his followers to smash their TVs in protest of the media “telling us what to think”. Panayides smashed his own TV in his backyard declaring TVs were terrorising the world, and we needed to take the power back. Dozens of his followers followed suit, filming themselves taking hammers and other tools to their own TVs.
https://www.theguardian.com/culture/202 ... oronavirus
Top

The Kiwis also have their crazies, but the Genesis II Church of Health and Healing originated in Florida (where else ?)

Covid-19 bleach 'cure' sold by New Zealand man rusts steel
3:09pm •
A bleach promoted by a New Zealand website as a "miracle" cure for Covid-19 that should be drunk or inhaled is a potent acid that can rust steel within hours.
By Susan Strongman of rnz.co.nz

In May, RNZ revealed Ngatea man Roger Blake, who is involved with a cult-like American organisation called Genesis II, was selling the chemicals through his online business, and claimed they could cure Covid-19 as well as cancer, HIV, autism and more.

A separate website called Miracle Mineral NZ, which was linked to Blake's Ngatea address, encouraged people to buy the chemicals - sodium chlorite and hydrochloric acid - combine them, then inhale the gas emitted.

Alternatively, the website advised people to dilute a small amount of the chemical with water and drink it eight times a day for a week.

Forensic scientist Dr Ian Calhaem, who tested the product for RNZ, found that when prepared as instructed on the Miracle Mineral website, the substance was acidic enough to rust a steel bar within two hours of being immersed in the liquid.

When asked if he would drink the substance, Dr Calhaem said "definitely not". He told RNZ that the sodium chlorite sold by Blake was a "powerful oxidiser".

"If you read all the manufacturer's safety data sheets, one of the major things they say [about sodium chlorite] is 'do not mix it with acid'."

Dr Calhaem said combining sodium chlorite with hydrochloric acid, as instructed on the Miracle Mineral NZ website, was not recommended because it produced a "very toxic gas" - chlorine dioxide, which he said then broke down into chlorine gas.

"It creates a severe respiratory reaction. It can kill you."

When used that way in New Zealand, the maximum concentration allowed by the Ministry of Health was 0.8 parts per million. Roger Blake told RNZ he drank it at a concentration of 50ppm. The solution Dr Calhaem prepared as per instructions, which rusted steel, was about 12ppm.

The chemical was also used in some countries to clean fresh produce. After treatment, the produce must be rinsed with drinking water, and must not be consumed within 24 hours of treatment.

After RNZ revealed bleach was being promoted as a Covid-19 cure in New Zealand, the Ministry of Health's safety watchdog, Medsafe, published an alert, warning consumers of the "potentially life-threatening side effects" of drinking chlorine dioxide.

Medsafe has put out multiple warnings about the sale of the product in New Zealand since 2010.

Dr Calhaem reiterated that people should not drink or even handle the substance without the correct protection - including gloves, safety glasses and a breathing mask.

He said there was no evidence the bleach could cure Covid-19.

Roger Blake did not respond to RNZ's interview requests for this article, but he continues to promote the chemical's efficacy.

A recent email sent to customers of his online business claimed, "whether it be Coronavirus, Hepatitis, Ebola, Zika; it is a scientific fact that NO virus can withstand chlorine dioxide; and it has already been tested effective against coronavirus."

The email contained links to various websites, including an anti-vaccination documentary, far-right American conspiracy theory and fake news sites and to the film Plandemic, which claims a secret society of billionaires is plotting to gain global domination by controlling people through a Covid-19 vaccine.

Another email sent to Blake's customers linked readers to information about a "quasi-experimental" Colombia-based study sponsored by the "Genesis Foundation", where 20 people with Covid-19 drank a litre of diluted bleach daily for an unknown period of time.

Since RNZ revealed Blake was promoting the chemical as a cure for Covid-19, some minor changes have been made to the Miracle Mineral NZ website.

Medical researcher Dr Shaun Holt told RNZ that people who sold the solution both in New Zealand and overseas often played a "cat and mouse game" with authorities.

"They'll make claims illegally and then they'll try and hide them, or they'll make implied claims, they'll change the name of the product, or change the formulation slightly... it keeps cropping up."

In a 2015 Stuff article, Blake is pictured with a bottle labelled 'MMS Water'. The products he currently sells are labelled as 'Water Purification Solution'.

Blake has recently stopped selling dimethyl sulfoxide (DMSO) online. The solvent byproduct of the wood pulp making process has been touted in the past as an alternative cancer treatment.

The Miracle Mineral NZ website advised users to take DMSO orally or through the skin.

The Genesis II Church of Health and Healing originated in Florida and is not religious; its sole function is to promote the use of the chlorine dioxide bleach formula that it calls Miracle Mineral Supplement, or MMS, which its followers also sell.

To become a 'bishop' of the church - a title held by Roger Blake - one can download a $320 video course, and must provide two video testimonials of people who have been 'treated' with chlorine dioxide.

https://www.tvnz.co.nz/one-news/new-zea ... usts-steel
Cambodia Expats Online: Bringing you breaking news from Cambodia before you read it anywhere else!

Only in the USA ?

Woman Who Shamed Starbucks Barista for Refusing to Serve Her Without Face Mask Speaks Out as Barista's GoFundMe Grows
The woman says she wants some of the money raised for the barista in a GoFundMe and is threatening to sue the page creator for defamation and slander
By Artie Ojeda • Published June 25, 2020 • Updated on June 27, 2020 at 3:00 pm
1:20/ 3:40
A Clairemont woman who was denied service at a Starbucks for refusing to wear a mask says she’s received death threats after publicly shaming a barista on social media, reports NBC 7’s Artie Ojeda.

A San Diego woman who was denied service at a Starbucks coffee shop for refusing to wear a mask says she’s received death threats after publicly shaming the barista who refused her on social media.

“I never threatened him.” Hear from woman who was denied service at a Clairemont Starbucks for refusing to wear a mask. She publically shamed the barista. A Go Fund Me Page on his behalf is now over $22,000. She says she’s getting death threats. #nbc7 & https://t.co/ylvk5rP6Vf pic.twitter.com/gCREw0LR5V
— Artie Ojeda (@ArtieNBCSD) June 25, 2020

A GoFundMe page established on behalf of the barista has raised almost $25,000 in four days. On Saturday, donations totaled over $68,000.

Shortly after being refused service, Gilles posted a photograph of barista Lenin Gutierrez on her Facebook page.
The post reads: “Meet Lenen from Starbucks who refused to serve me cause I’m not wearing a mask. Next time I will wait for cops and bring a medical exemption.”

Face coverings are mandatory inside businesses in San Diego County. Public Health officials said businesses have the right to refuse service to anyone not complying with the public health order. Medical conditions that would be inhibited by face masks are one of the few exemptions to wearing face masks.

Gilles, 35, has three children and considers herself an anti-vaxxer. She says face masks are ineffective.

“It starts with coffee but it ends with digital certificates and forced vaccinations,” Gilles said.

Gilles also claims she purchased coffee two days earlier at the Starbucks without wearing a mask.

“I never threatened him, I just called him out on his actions,” Gilles said.

Gilles said she has received thousands of messages reacting to her Facebook posts, including threats.

Barista Gutierrez is not making any public comments but has posted a video on his Facebook page explaining what happened.

In it, he says he asked Gilles if she had a facemask to which the customer responded that she didn’t need one.

“Before I could say anything she flipped me off and said I don’t need one and she started cursing up a storm. She started calling people sheep and she left and within a few minutes came back and she asked for my name and took a photo,” said Gutierrez on the video.

He also thanked donors and says he’ll use the money to fulfill a dream of becoming a dancer.

For her part, Gilles, who started the incident with her post, said she wants some of the money and is threatening to sue the page creator for defamation and slander.
https://www.nbcsandiego.com/news/local/ ... s/2354016/
Cambodia Expats Online: Bringing you breaking news from Cambodia before you read it anywhere else!

Second try at the card. 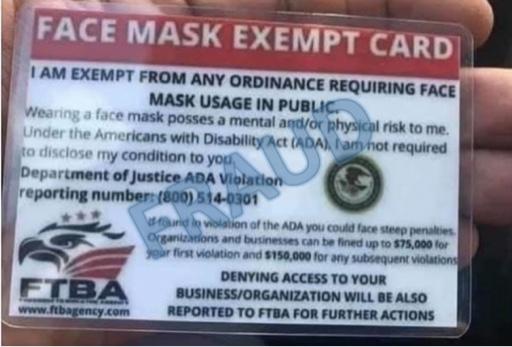 “POSSES” Only in America