A Cambodian student’s account of the virus emerging in Wuhan

Like many, Cambodian student Soun Phannaroat didn't think much of December reports of a new virus spreading in Wuhan, the city in which she was studying. But as the weeks ticked on, the gravity of the situation became apparent, and she knew she needed to leave
Soun Phannaroat
May 25, 2020 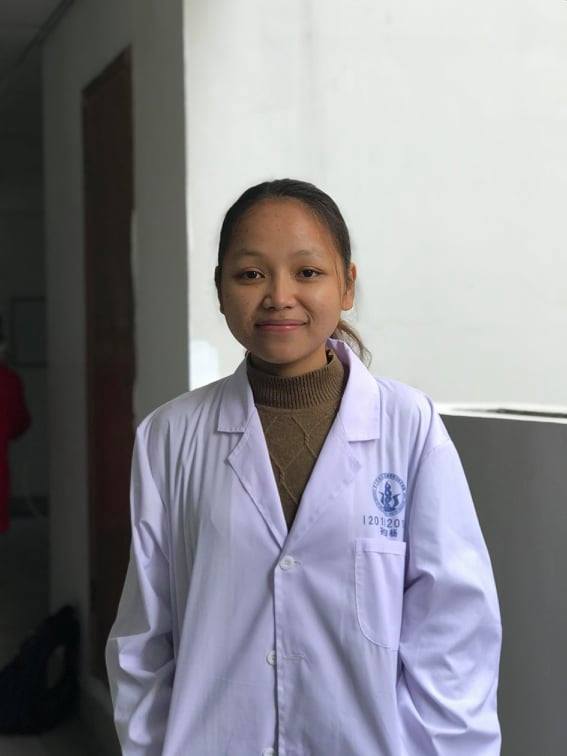 Prior to the Covid-19 outbreak, Soun Phannaroat was part of a cohort of approximately 2,500 Cambodian students studying in the Chinese cities of Beijing, Tianjin and Wuhan. At the time of the outbreak in late-December, Soun was studying medicine in Wuhan, Hubei province. While the Globe takes the utmost care to publish accurate information, by the nature of these personal essays we are unable to independently verify the information contained within them.

Before the outbreak of the novel coronavirus (later to become known as Covid-19) in December 2019, life in Wuhan was ticking along normally. There were many people in public spaces, hospitals, markets and restaurants. I had lived in Wuhan for a year and a half under a scholarship programme, majoring in medical science in Huazhong University of Science and Technology.

I first received Covid-19 news in late December at the start of the outbreak. At first, I wasn’t particularly worried as only four or five people were reported to be infected. The local authorities had advised the residents of Wuhan to take precautions by wearing masks in order to prevent the spread, even before we realised human-to-human transmission was possible.

We were told that patient zero was thought to have become infected from a live animal in a fish market in Wuhan. Since I did not completely understand what the virus was, I did not pay much attention to the issue at first.

I’m not certain when I first heard that human-to-human transmission had occurred; yet, on January 19 and 20 I heard over 70 people contracted the virus. January is a nationwide holiday for all students in China, and for us students it meant the majority of us were going to travel home. Normally during the vacation I would have flown back home to Cambodia, however, I was occupied with a practicum in a hospital in Wuhan.

As soon as I received information about Covid-19, I was terrified because of my day-to-day interactions with patients in the hospital. Yet, I decided to stay in Wuhan working in the hospital as the situation remained calm and businesses had not yet been shut down. At the hospital, the rules were very strict, all doctors had to wear proper masks and wash their hands regularly.

As the spread became severe on January 21, there were reported cases of death from the virus resulting in orders to shut down some crowded places. I became absolutely petrified, and then my professor stopped me from going to work at the hospital.

The airport remained open and I was anxious about making a decision whether to return to Cambodia. If I have the virus, I might spread it to my family and other people, but if I stay here, my life will be very difficult as supermarkets and restaurants were shuttered, and I had to stay in my dorm room all day every day. I thought to myself: “There’s no food here in the room to eat, if I don’t go out and risk coming close to the virus, I can’t eat.”

Eventually, I decided to return to Cambodia and purchased a flight ticket for January 23 at 8am, which was a day the government made an announcement to lock down the city and halt all scheduled flights departing at 10am, only two hours after my flight was scheduled to leave.
Full article: https://southeastasiaglobe.com/cambodian-student-wuhan/
Cambodia Expats Online: Bringing you breaking news from Cambodia before you read it anywhere else!

A great story and a very smart girl but, but , but

Quote ]
They also told me that the Cambodian government supported Cambodian students who were in Wuhan with $500 per month during the lockdown.
Cambodia,,,, Don't fall in love with her.
Like the spoilt child she is, she will not be happy till she destroys herself from within and breaks your heart.
Top

" While the Globe takes the utmost care to publish accurate information, by the nature of these personal essays we are unable to independently verify the information contained within them."
Top
Post Reply Previous topicNext topic
3 posts • Page 1 of 1