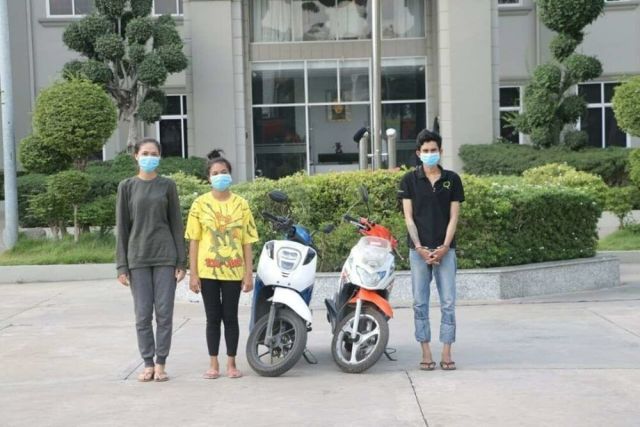 On May 2, 2020, at 01:20 pm, the three suspects snatched a bag from some people in a PassApp tuk-tuk on street 598, Sangkat Toul Sangke, Khan Reusey Keo, Phnom Penh, and were arrested by police the same day.

The suspects confessed to the crime. They said that Mey and Srey ka, snatched a bag from the victim and the other suspect named Lon Nisethnokhun rode the motorbike. The suspect named Mey, ran away to escape; Sen Lina was arrested while she was riding the motorbike with Lon Nisethnokhun.
Cambodia Expats Online: Bringing you breaking news from Cambodia before you read it anywhere else!