Ask us anything. Cambodia Expat's Online has a huge community of long term expats that can answer any question you may have about life in Cambodia. Have some questions you want to ask before you move to Cambodia? Ask them here. Our community can also answer any questions you have about how to find a job or what kind of work is available for expats in Cambodia, whether you're looking for info about Phnom Penh, Siem Reap or anywhere else in the Kingdom. Don't be shy, ask CEO's members anything!
Post Reply Previous topicNext topic
4 posts • Page 1 of 1 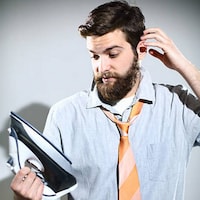 Where can I get fermentation starters?
I want ginger beer plant, and I'm also interested in kombucha scobie and keffir grains. Are the locally-made natural yoghurts for sale still live?
Are there any shops selling brewing equipment and supplies for beer and wine-making?
Top

The true Ginger Beer Plant dates back to around the 1700's and is not actually a plant at all, instead it is a living organism, best described by a man called Harry Marshall Ward as being "a composite organism consisting of a fungus, the yeast Saccharomyces florentinus (formerly Saccharomyces pyriformis) and the bacterium Lactobacillus hilgardii (formerly Brevibacterium vermiforme)". This organism forms a gelatinous cluster which moves about within its jar naturally, and used correctly can allow you to make a lifetime's supply of authentic, naturally fizzy alcoholic Ginger Beer that used to be commonplace in most UK households.

Using this method you will see there is no brewers yeast added to the recipe, the fermentation happens naturally within the jar once the ginger root and sugar are left together for a week or so and the 'Saccharomyces florentinus' yeast is naturally produced.

Warning: Producing a Ginger Beer Plant naturally is very difficult and it is highly possible you may not achieve success at all. In all honesty you are probably better off buying a 'ready made' Ginger Beer Plant from a source such the ones I list in the links article at the end of this hub.
Method

Dice a tablespoon of fresh ginger root into small cubes and place this into a sterilised jam jar three quarters full of dechlorinated or mineral water.

Cover the top of the jar with some muslin to allow air flow but protect from debris or insects falling into the jar.

Leave the jar in an exposed place at room temperature, e.g. a kitchen shelf.

If after one week the mixture is frothy with a pleasant odour it is ready to use. If it is mouldy discard it and start at the beginning again.
Top

Thanks andy1, but as it says it's quite difficult, and this will probably only give you a "ginger bug", containing natural yeast, but missing the bacteria that is part of a ginger beer plant.
That bacteria is sometimes in the ginger itself, but it's very hit and miss.

When we were kids we started our ginger beer plants by placing a slice of bread in jar of water and sugar. After a few days when the fermentation was working we threw out the bread and then continued it with ginger, sugar and water. Did the same when making apple cider. Remember this was in the 1950's when I was still at primary school.
Cambodia,,,, Don't fall in love with her.
Like the spoilt child she is, she will not be happy till she destroys herself from within and breaks your heart.
Top
Post Reply Previous topicNext topic
4 posts • Page 1 of 1