Have questions or resources regarding Khmer Culture? This forum is all about the Kingdom of Cambodia's culture. Khmer language, Cambodian weddings, French influence, Cambodian architecture, Cambodian politics, Khmer customs, etc? This is the place. Living in Cambodia can cause you to experience a whole new level of culture shock, so feel free to talk about all things related to the Khmer people, and their traditions. And if you want something in Khmer script translated into English, you will probably find what you need.
Post Reply Previous topicNext topic
6 posts • Page 1 of 1

To commemorate the peace settlement that millions of the Cambodians had waited for since the 1970s, October 23 has remained a public holiday. Unfortunately, the Cambodians are about to forget October 23.

October 23 marks an important date in contemporary Cambodian politics. The collapse of the Soviet Union dried up its long-running military support for Vietnam’s military operations and without Soviet support, Vietnam had no choice but to completely and unconditionally withdraw from Cambodia

The value of peace is recognized only after it is lost. October 23 means different things to different people from different generations. To the young generations born in the post-Cold War era, October 23 might be nothing but one of the annual public holidays listed on the national calendar. However, to the older generations who experienced bloodshed and atrocities during the protracted civil war, the date represented the promise of peace and spirit of national reconciliation and unity

In early 1991, just months before the Paris Peace Agreement was signed, my village came under heavy artillery bombardment by the Khmer Rouge soldiers during a night-time offensive. Almost the entire village was burned down. Dozens of people were killed and seriously injured. We abandoned the village and did not come back for several months for fears of refreshed bombardments.

With her close family relations with late King Sihanouk (then Prince Sihanouk), the Galarbru family started playing a low-profile, but very critical role of going between Prince Sihanouk and HE to arrange their meeting. Yet, the channel of communication, as Galabru re-called during the exclusive interview with The Phnom Penh Post, was never easy.

As Johan Galtung, a Norwegian professor of peace and conflicts studies and a founder of the Peace Research Institute Oslo, argues, peace should be associated with freedom, equality, justice, pluralism, and dynamism. Those are things Cambodia has never fully achieved since the conclusion of the Paris Peace Agreement 28 years ago. Now, the Paris Peace Agreement will soon be a forgotten history for the younger generations in Cambodia.

full https://www.asiasentinel.com/politics/c ... agreement/
The idea that seeing the world is going from place to place to look at obvious things is an illusion natural to dull minds.
Top

Re: War and Peace: the Paris Peace Agreement

Today is the 28th anniversary of the Paris Peace Agreement, signed on October 23, 1991.

This week, Cambodia will celebrate the 28th anniversary of the Paris Peace Agreements, signed on October 23, 1991 by 19 countries. The agreements marked the end of the Cambodian conflict and led to the arrival of UNTAC, the first post-Cold War peacekeeping mission and the first-ever takeover of Cambodia by the United Nations as a government. To mark this occasion, Khmer Times COO and Cross-Talk host Kay Kimsong moderated a debate between CPP spokesperson Sok Eysan and Lao Mong Hay,a well-known political analyst, over the significance of the agreements.

KT: After 28 years, what do both of you see as the legacy of the Paris Peace Agreements?

Mr Eysan:
After 28 years, there have been many legacies, under the great leadership of the Cambodia People’s Party. First of all, Cambodia was able to reach complete peace and national unity in 1998, despite the withdrawal of UNTAC and the battles along the border, thanks to Samdach Techo HE’s Win-Win policy. Based on complete peace and national unity, we achieved a fruitful democracy for the Cambodian people. Then we implemented the first, second, third and fourth phases of the Triangle Strategy, which gives Cambodia development in all sectors.

Mr Mong Hay:
The Paris Peace Agreements came with three conditions. First, it was an agreement to cease all forms of war and conflict in Cambodia. Yet, the requirement of all parties to reduce the number of troops to 30 percent was not satisfied, leading to the continuation of the dispute and eventually the armed conflict between the two parties in 1997. Another condition was the respect of sovereignty, meaning that the other signatory countries promised to respect the sovereignty, independence and territorial integrity of Cambodia, as well as its neutrality and unity. They were aimed at guaranteeing Cambodian people’s lives, which had been threatened repeatedly due to violations. Another condition was to build peace through multiparty democracy, rules of law and the respect of human rights. The Paris Peace Agreements still have to be honoured as an international accord backed by the United Nations and 18 other countries, including the five permanent members of the Security Council, all of whom are superpowers.
More: https://www.khmertimeskh.com/50653188/d ... ll-matter/

The discussion in Khmer:


Details on the agreement here, including PDF :
1991 Paris Peace Agreements
Framework for a Comprehensive Political Settlement of the Cambodia Conflict
http://cambodia.org/facts/?page=1991+Pa ... Agreements
Cambodia Expats Online: Bringing you breaking news from Cambodia before you read it anywhere else!

Hey is that you on the left @Kung-fu Hillbilly

You kept that under wraps well.

It had been a really bad rainy season that year. Many of the main routes out of the city were cut by being utterly washed away. It seemed surreal and symbolic of everything up until the 23rd.

Things were not perfect, and still are not, but it began the slow crawl back from the abyss.
===============
We are all puppets in the hands of an insane puppeteer...
--Brother Theodore
Top 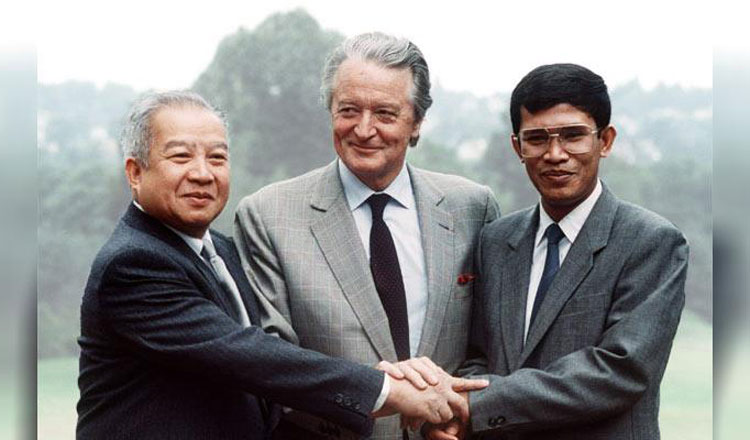 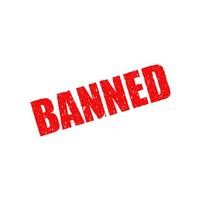 War is so much bad for my country. It distroy the culture and smash the pretty things .

Users browsing this forum: No registered users and 76 guests