Murder Suspect Seized After 6 Day Manhunt in the Jungle

Murder Suspect Seized After 6 Day Manhunt in the Jungle 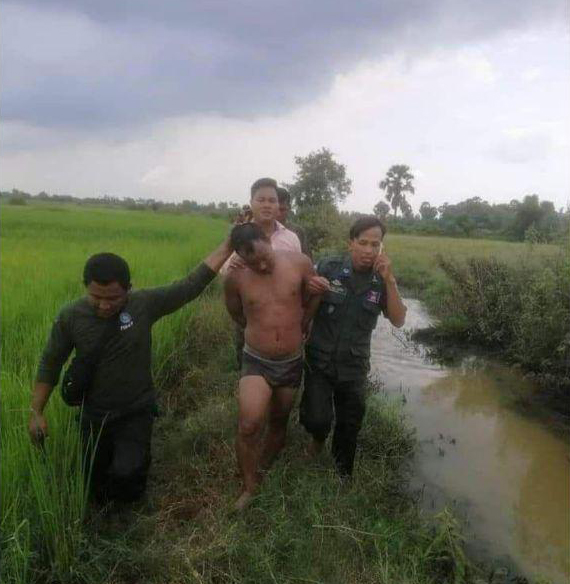 Cambodia Breaking News, Kompong Thom: Kompong Thom police are happy to report that, on 8 October 2019, they captured a suspected murderer on the run after he stabbed his cousin to death and seriously injured his nephew.

The incident took place at 7:15 pm on October 2, 2019 in Ngoun Siam village, Kampong Chhnang commune, south of Stung district, Kompong Thom province, after the suspect had been drinking, and he is also suspected of taking drugs. He fled into the jungle to hide after the murderous attack, but after a six day search, the police have got their man.

The suspect is currently being referred to the Kampong Thom police inspectorate for a legal case to be presented to the court.
Cambodia Expats Online: Bringing you breaking news from Cambodia before you read it anywhere else!