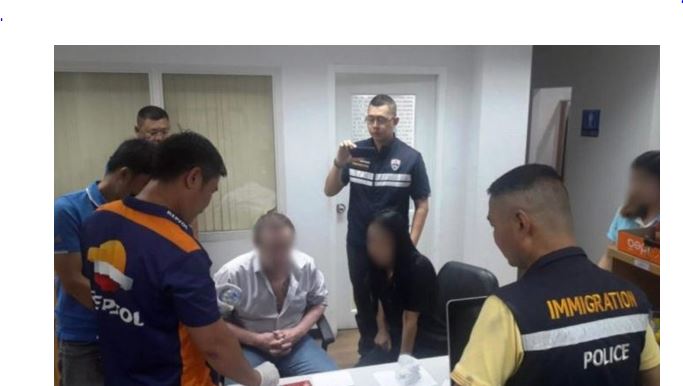 CHIANG MAI – A 55 year-old man from New Zealand has been arrested for allegedly drug dealing and running a Bar and bistro illegally.

Police raided Spades Bistro & Bar following reports that there was foreigner working without a visa and dealing drugs.

Police discovered Michael Holt, 55, a New Zealand citizen who held a retirement visa, but was allegedly working in the pub.

He was accompanied by a Thai girlfriend were taken to Chiang Mai police station for questioning.

Local media report he has been charged with working in Thailand illegally, possession of illicit drugs and intent to distribute.

Holt is currently being detained as police issue proceedings for legal action against him.

If found guilty he is facing a sentence of between one to five years and a fine of 20,000-100,000 baht.
https://www.chiangraitimes.com/new-zeal ... hiang-mai/
Cambodia Expats Online: Bringing you breaking news from Cambodia before you read it anywhere else!

Has Thailand chilled a lot with regard to drugs? I mean yeah 5 years is a lot of time for the person doing it but seems lenient compared to what you read in those "foreigner busted in Thailand" books.
Top

A dipshit up the road was busted for selling yaba, something like 150 pills on him when he was busted. He got 4 years and has to start serving his sentence before the end of the month. This prick comes from a wealthy family, at new years he was in a motorcycle accident while racing that killed his buddy and kept him in the hospital for a month and is so fat he has to sleep in the sitting position. The prison will do him good even if he goes back to dealing when he gets out.