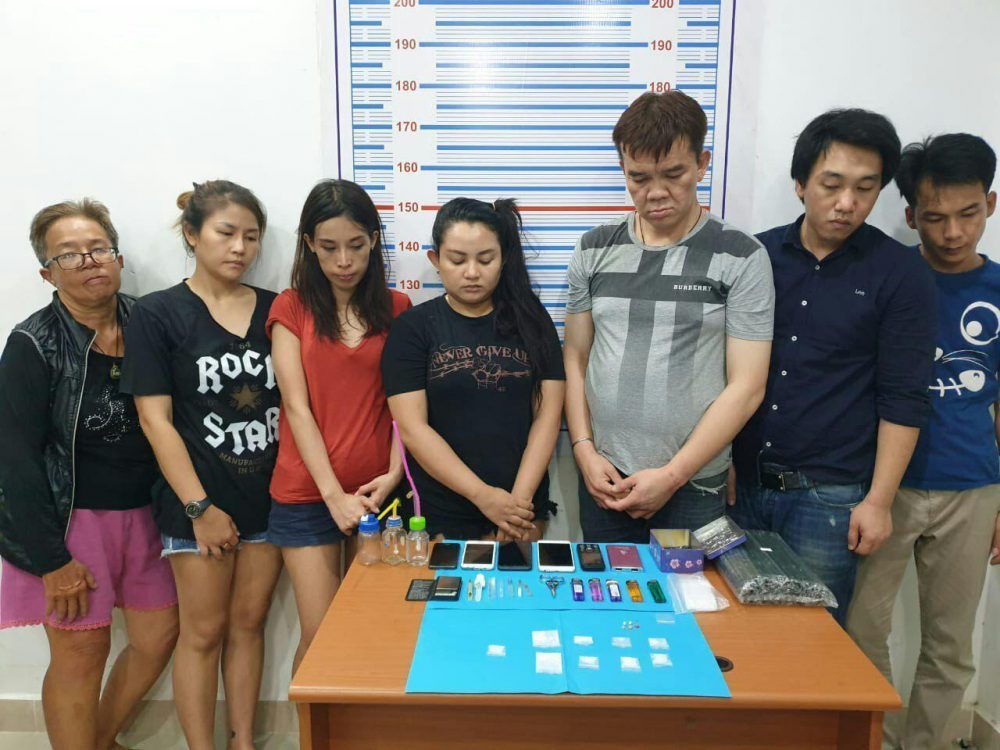 Cambodia Breaking News (Poipet): On June 15, 2019, Poipet police arrested seven people (6 Thai nationals and 1 Cambodian) for the use and traffic of illegal drugs, in room no.15 in the Grand Casino in Poipet city, Banteay Meanchey.

The operation was ordered by Lieutenant General Ath Khem, police chief of Banteay Meanchey police station. After investigation into the case, the police prepared the case of the suspects, together with the evidence, for submitting to Poipet Provincial Court.
Cambodia Expats Online: Bringing you breaking news from Cambodia before you read it anywhere else!

LOL. Never too old to be stupid.

can i rehabilitate red shirt girl for free...