MEKNES - The Meknes international festival of animated cinema (FICAM) opened Friday with the award-winning animated feature film “Funan” by filmmaker Denis Do that depicts the horrors of Cambodia's Khmer Rouge regime without showing the worst atrocities.

The 18th edition of FICAM has a focus on the Spanish animated cinema represented by Alberto Vazquez, who made a big impression with his feature film Psiconautas, Carolina Lopez, director of the International Animation Film Festival of Catalonia (ANIMAC) and Emilio de la Rosa, producer and director of animated films.

The film depicts a powerful story of a young mother, Phnom Penh, whose three-year-old son is snatched from her by a feeling crowd as Cambodia descends into horror in 1975. She fights to save her son and keep her family together despite the barbarism that has gripped the country.
https://middle-east-online.com/en/%E2%8 ... tion-ficam
Cambodia Expats Online: Bringing you breaking news from Cambodia before you read it anywhere else!

Funan
A film by Denis Do

NORTH AMERICAN PREMIERE
Denis Do, France/Luxembourg/Belgium, 2018, 84 min.
In French with English subtitles
Recommended for ages 12 and up

Winner of the Cristal, the highest award at Annecy Animation Festival, Funan is a powerful and beautiful story of a young mother’s determination to hold on to her family during unspeakably trying times. During the Khmer Rouge madness of the 1970s in Phnom Penh, young Chou’s world is upended when the population is deported to work camps and she becomes separated from her 4-year-old son.

Working in the fields day and night while living in squalor, Chou and the people in her camp are reduced to slave status, fighting for scraps of food and doing whatever they can to survive. With reality becoming grimmer by the day, Chou remains steadfast in her determination to find her son and reunite her family – even if it means risking everything.
Stunningly art directed by Michael Crouzat (key animator on Despicable Me) the sweeping immensity and beauty of the Cambodian landscape serves as poignant backdrop to the heartrending cruelty Chou faces, while prompting the question, can this be real? Featuring nuanced performances by acclaimed French actors Bérénice Bejo and Louis Garrel.
https://animationisfilm.com/film/funan/
Cambodia Expats Online: Bringing you breaking news from Cambodia before you read it anywhere else! 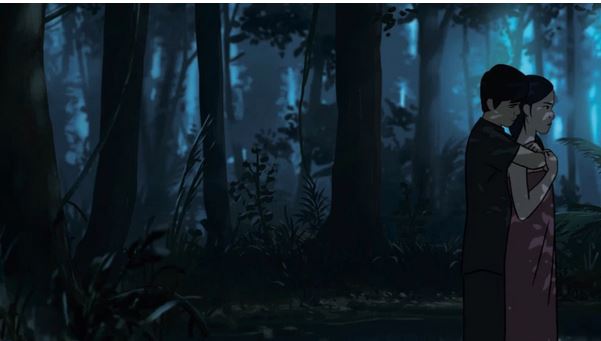 "'Funan' is the story of a family. Of a woman...My mother," the director said of his animated film about the Khmer Rouge's cruelties.
By IndieWire -
May 8, 2019
With “Funan” (opening June 7th), director Dennis Do explores nightmarish atrocities in his acclaimed survival story about the cruelties of Cambodia’s Khmer Rouge in 1975. The Annecy and Animation Is Film (AIF) award-winner might also secure the 12th Oscar nomination for indie distributor GKids.
In full: https://www.indiewire.com/2019/05/funan ... 202131983/
Cambodia Expats Online: Bringing you breaking news from Cambodia before you read it anywhere else!

I'm so tired of the Khmer Rouge. Can't they make animated movies for kids about something else?
Top

What other images does Cambodia actively promote about itself besides Angkor Wat and the Khmer Rouge? I suppose kid sex trafficking and sex slavery, but it would be hard to make a family friendly movie about that.

Hope I’m not offending any of the long timers. Just my opinion. Cambodia does not do a good job promoting the Pearl of the Southeast Asia to become a household name in most people’s minds.
Top

Exclusive: ‘Funan’ Director Denis Do Reveals His Personal Connection to the Harrowing True Story
by Dave Trumbore
May 31, 2019

Funan, the upcoming GKIDS release from co-writer/director Denis Do in his feature directorial debut, tells a deeply personal tale from Do’s own family history. The story follows a Cambodian family who finds their idyllic lives turned upside down by the emergence of the Khmer Rouge in the mid-1970s. What follows is a harrowing tale of survival and sacrifice, and a portrayal of man’s inhumanity to man. And it’s all pulled from experiences that Do’s own family members and their friends suffered through, as he reveals in our exclusive new video featurette.

In this touching and earnest interview, Do talks about his journey in making Funan, gleaning bits of information and intimate stories from his family members and their fellow survivors, some of whom they hadn’t seen or spoken to in decades. Their story, and by extension that of Funan, is one that needs to be remembered even if history has a way of trying to forget it, especially in the West. I also had the chance to ask Do more specific questions about Funan and its powerful message, so keep an eye out for my interview with him next week just before the film’s debut.

http://collider.com/funan-director-deni ... interview/
Cambodia Expats Online: Bringing you breaking news from Cambodia before you read it anywhere else!