For over 50 years, a magazine called Femina has hosted the Miss India beauty pageant, in which women compete to advance on to international competitions like the Miss World and Miss Universe pageants. Some competitors like Priyanka Chopra have become world-renowned stars after winning a Miss India title.

But this year, the competition is facing more backlash than praise. On Monday, a Twitter user shared a photo, originally from theTimes of India, in which 30 finalists from the pageant appear to share the same hairstyle and skin colour.

Following the original tweet, many on social media expressed frustration over the image. While some urged the Femina Miss India pageant to choose a more diverse group of women in the future, others accused the organisation of being racist.

Kamran Shahid
@iKamranShahid
Why can't a Miss India be a dusky or a dark brown or darker chocolate brown ?
So much for the love of fair skin.
I sincerely believe we are the most racist country in the world...!

Prity Patel
‏@prityytirp
When you get off the plane, train or bus anywhere in #India, this is not what you see. #MissIndia

Sanjana L Reddy
‏@sanjanalreddy
What's your obsession with fair skin, India? Why can't we as a country accept the beautiful diversity of skin tones we are so lucky to have!
Such pageants send a wrong message to young girls and defines beauty in the most racist way!
#missindia2019

Raman Sehgal رمن سہگل
‏@ramansehgal
Its time for parents to teach young people early on that in #diversity there is beauty & there is strength. We all should know that diversity makes for a rich tapestry & we must understand that all threads of tapestry are equal in value no matter what their color. #MayaAngelou.

According to one Twitter user, the Miss India pageant also featured a similar group of finalists in 2018

nothing changes.
- The future is here. We will all be clones and look like photocopies of each other...#clones #photocopies #same 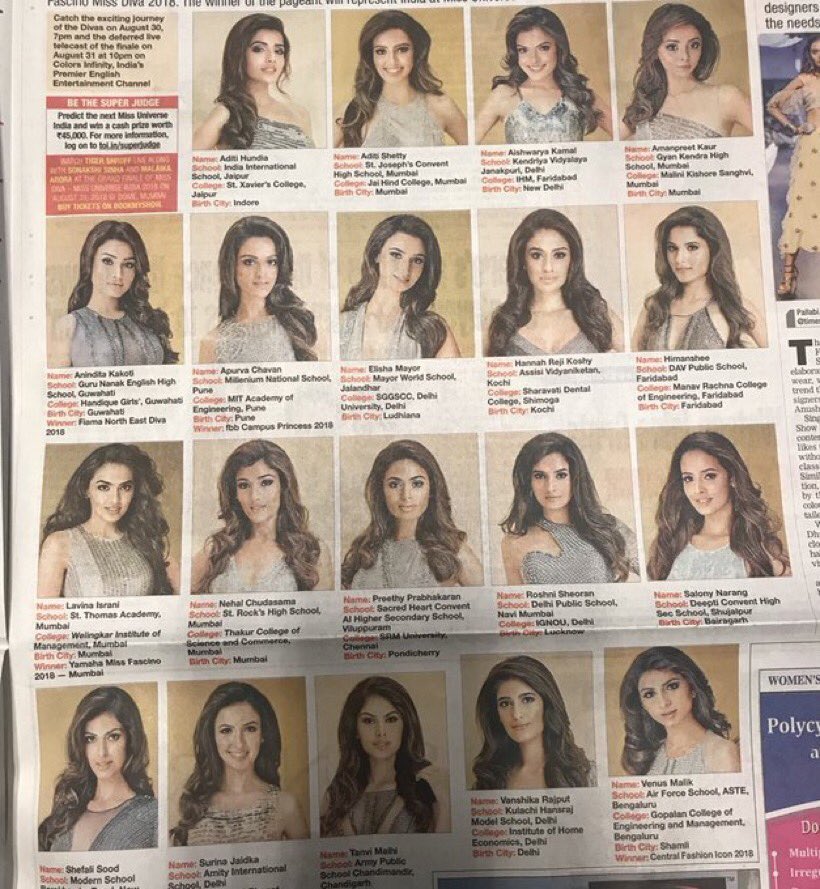 labellagorda
‏@labellagorda
they could've printed this exact same list today and no one would notice the difference.

Despite having a diverse population of 1.3 billion people, India’s culture has been accused of colorism in the past and showing a societal preference for people with fair skin.