Discovered Mos Burgers brand last time in Taipei. They have this intriguing bun concept - rice mixed with quinoa instead of a burger bun. Tried Burger Lab next to Cosmos Hotel during the Taiwan fiasco. The rice bun complete fell apart. Bummer.

To my delight, Mos Burgers has a branch in the Taipei airport. Rematch. 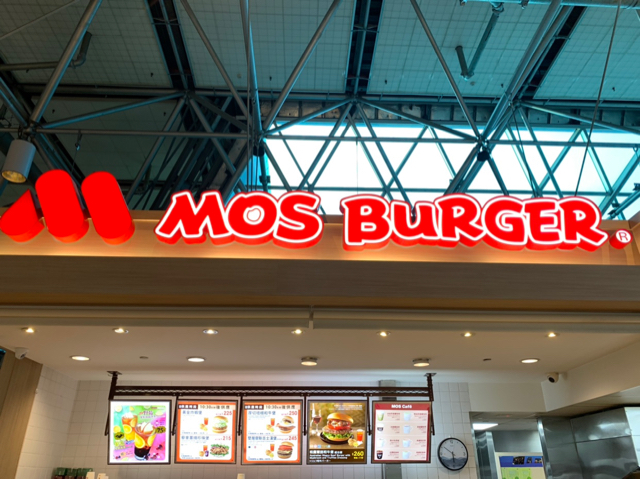 Choices were a seafood burger ... 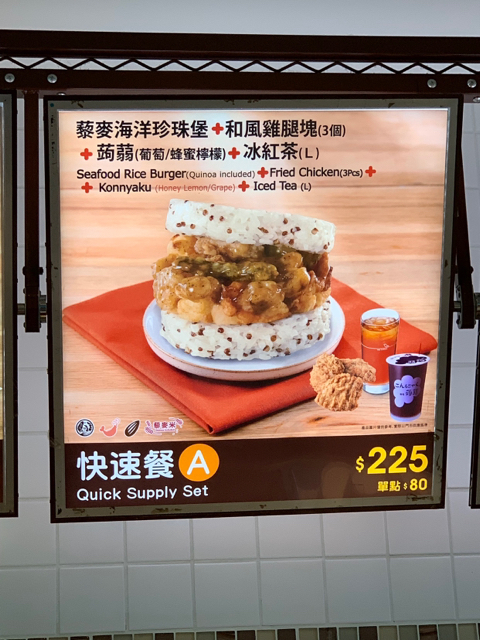 Or a sliced beef burger ... 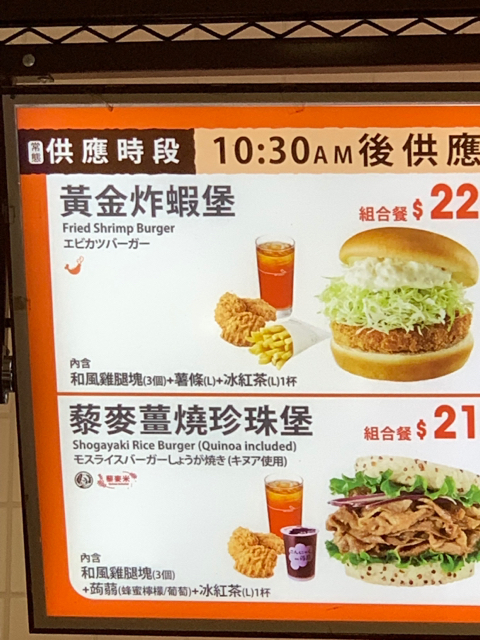 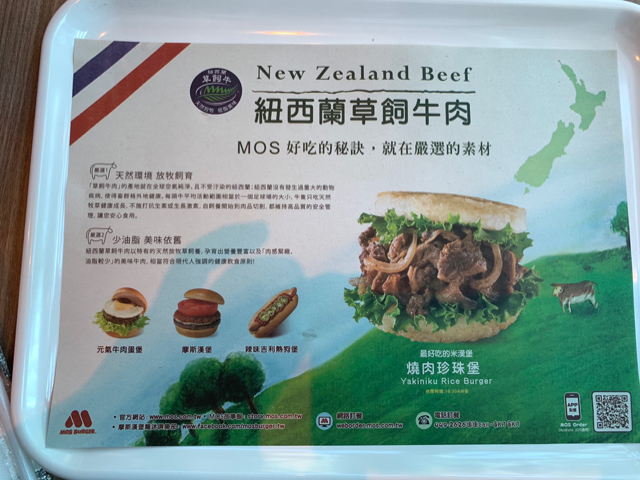 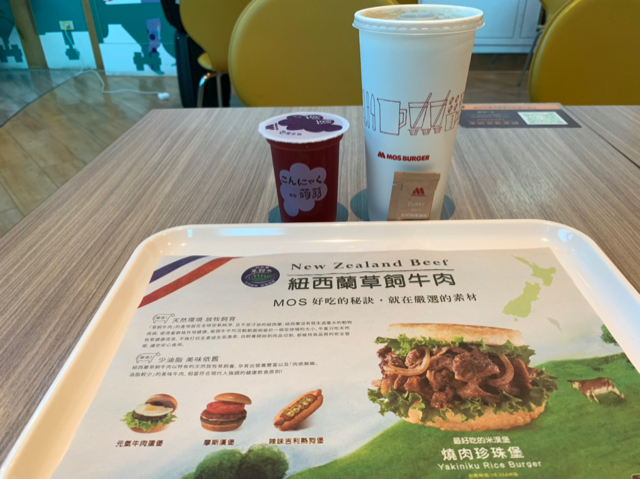 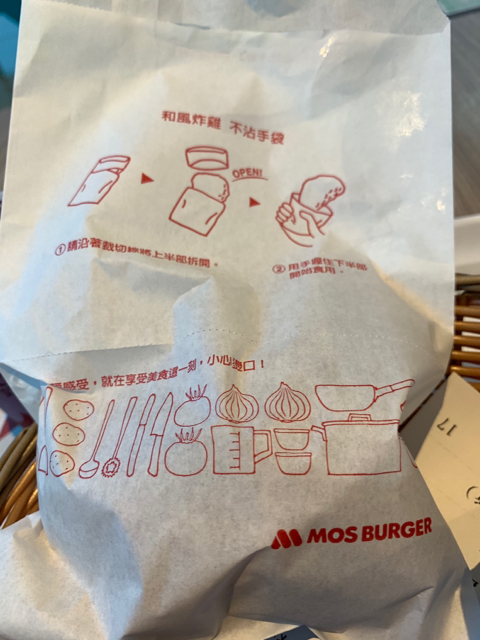 The chicken chunks are actually bite sized chunks of chicken held together in batter and fried. Comes with spice curry powder in clever rip to open pouch. 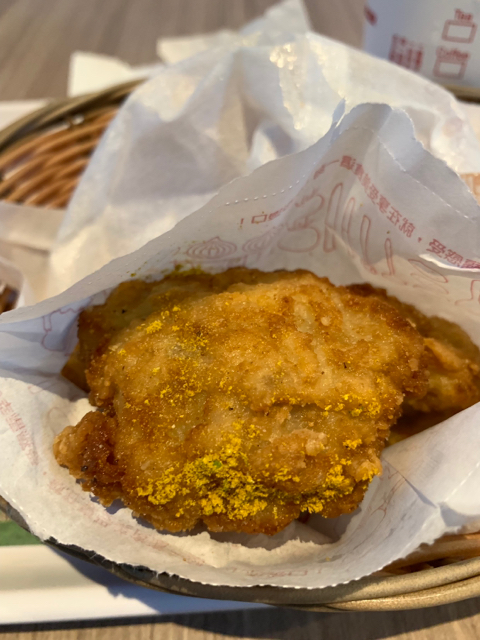 Napkins that come with the meal are styrofoam based, a first for me.

Each burger is also wrapped in styrofoam paper. Feels like the stuff that LCDs and HDTVs come wrapped in. 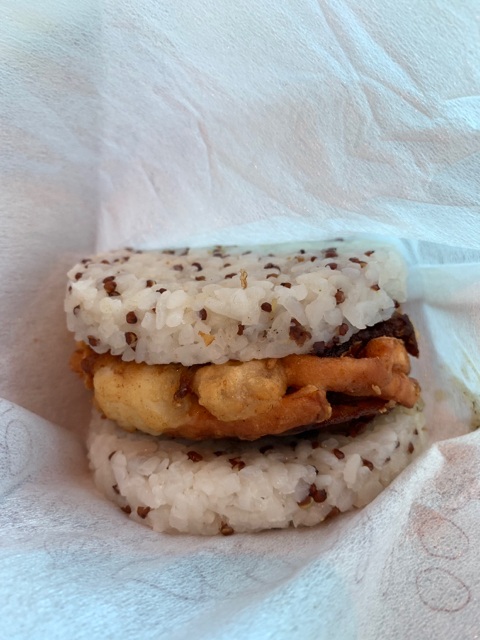 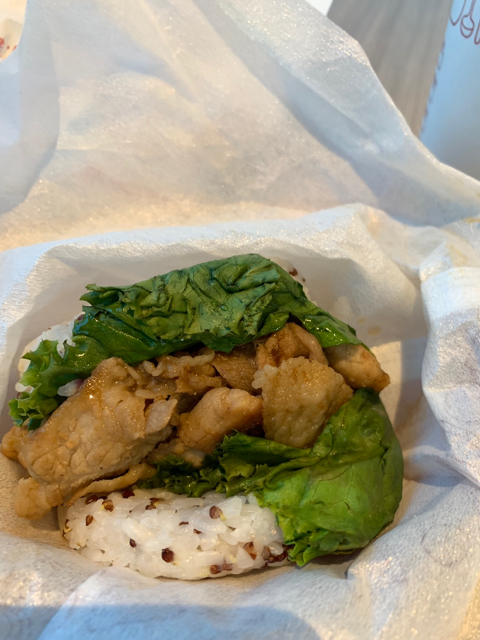 The taste? Good. Both burgers are small with multiple small bites of sautéed and flavored meat inside.

The rice buns with quinoa has a firm, if not slightly sticky feel, and didn’t fall apart. Makes the burger slightly chewy, but not as chewy as a flour bun. The rice bun doesn’t sop up the sandwich juices like normal rice.

Verdict. Interesting. Felt healthier than a normal burger. Partly because the portions are much smaller. The burger is physically small, the ingredients aren’t one big patty, but smaller burger stuffings. Fried chicken with curry powder instead of French fries, and a grape dessert.

On a related subject, I read today that meat substitute companies ie Beyond Meat and Impossible Foods are doing well in terms of raising money...the healthy future perhaps?

Those rice cake "buns" look gross to me but I'd imagine could be popular in many parts of Asia.
Silence, exile, and cunning.
Top
Post Reply Previous topicNext topic
3 posts • Page 1 of 1