Swedish man who dined with Khmer Rouge’s Pol Pot 40 years ago: I regret it

Swedish man who dined with Khmer Rouge’s Pol Pot 40 years ago: I regret it 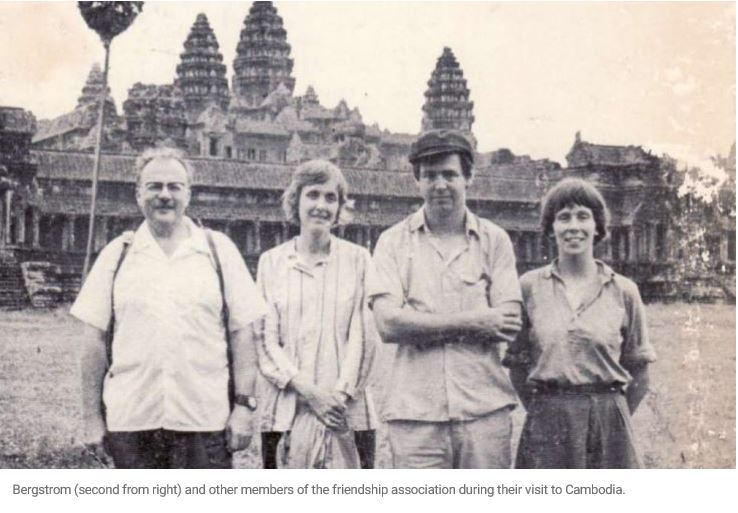 In August 1978, when Cambodia’s borders were closed off to the world, a young Swedish man – inspired by the Khmer Rouge’s vision of building a society based on freedom and equality – managed to gain entry into the country.

Gunnar Bergstrom, then 24 years old and a communist, was one of the many Swedes who protested the Vietnam war in the 1970s – an era in which he became increasingly disillusioned with Soviet communism.

Turning his attention to Cambodia, which he viewed as having been liberated from the capitalist Americans, Bergstrom created a students’ friendship association with the aim of helping the Khmer Rouge to spread its ideals.

The communist regime, which ruled between 1975 and 1979, presided over one of the worst mass murders in the 20th century. It is estimated around 2 million people – a quarter of Cambodia’s total population – were killed by the Khmer Rouge.

Gunnar says he and his associates heard some stories of the atrocities through refugees. But, consumed by ideology at the time, “we did not want to believe them”.

More than 40 years later, Bergstrom, now 65, is repentant about those “naive” days. The Stockholm resident has been channelling his remorse into a book about people like himself – dreamers who were so driven on chasing utopia, they became blind to reality.

Bergstrom’s 1978 visit to Cambodia was the result of two years of persistent negotiations for his association to gain access into the country, and took place three years after the Khmer Rouge came to power.

Myrdal, now 91, is a controversial figure who is widely known for his denial of Cambodia’s genocide.

“We told [the Khmer Rouge] that we had an association and an office in Paris. They had a small office in Berlin and a large embassy in China. When we asked them if we could report on Cambodia, we were welcome,” says Bergstrom.

During the group’s two-week visit, they were shown a positive facade of Cambodian life after the revolution, where people worked in well-run hospitals and factories. They were even granted a dinner with Khmer Rouge leader Pol Pot.

Bergstrom says the leader “did not make a strong impression”, answering many questions with stock replies. “But he did not seem crazy as some people suggested.”
Full article: https://www.scmp.com/week-asia/people/a ... o-i-regret
Cambodia Expats Online: Bringing you breaking news from Cambodia before you read it anywhere else!

Re: Swedish man who dined with Khmer Rouge’s Pol Pot 40 years ago: I regret it

He had an exhibition here about 10 years ago. It was interesting because it had his thoughts from that time and his later ideas about how wrong he had been.