Cambodian Prohoc Noodles are a Hit in Saigon

Discussions about restaurants, cafes, coffee shops or bars in Cambodia. Feel free to write any reviews you have, whether its the best burger you've had in Phnom Penh or the worse pizza in sihanoukville, we want to read it! Discussions about Khmer dishes are also in here, or you can leave your own. If you own a restaurant, feel free to let the expat community know about it here so that we can come check it out. Found a favorite cafe or have a place we should avoid? Tell us about it. Asian recipes & questions are always welcome.
Post Reply Previous topicNext topic
4 posts • Page 1 of 1

Cambodian Prohoc Noodles are a Hit in Saigon

For 47 years Cambodian speciality remains popular with Saigon foodies
By Di Vy April 30, 2019 | 04:16 pm GMT+7
It is a noodle dish that seems simple to make but has unexpected layers of complexity.

Prohoc noodles are known among Saigonese as num-bo-choc noodles or simply referred to as Cambodian fish noodles.

The dish first made its appearance in Saigon in the 1970s, with a small shop in Le Hong Phong Market in District 10 being one of the first places to sell it.

Ngo Van Hoa, 63, said the shop was opened by his father. "Two years after he returned to Vietnam from Cambodia, in 1972, our family’s life started to become more stable thanks to the business. My grandparents, my mother, Tu Xe, and now me, the third generation, have taken care of the restaurant."

Tu Xe, the name of the restaurant, comes up whenever Saigon foodies have a craving for the Cambodian soup.

The owner said he gets most of the ingredients from Cambodia, especially the spices.

"The key ingredients that give the dish its characteristic flavor is prohoc sauce (fish sauce made with beef), bamboo fruit and wormwood."

For first-time eaters, it could be daunting because prohoc sauce has a strong odor. The dish seems simple but is very difficult to master. The main ingredients of the dish are copper snakehead fish and broth.

Adding herbs, spinach, banana leaf, and so on is strongly recommended for maximum enjoyment – and they must be raw.

A regular serving costs VND45,000 ($2). The fish must be a solid meaty snakehead piece, which will also be the centerpiece of the broth. What makes the broth rich is the combination of spices, including fresh turmeric which gives it its characteristic golden hue.
https://e.vnexpress.net/news/travel/foo ... 16839.html
Cambodia Expats Online: Bringing you breaking news from Cambodia before you read it anywhere else!

Mmmmm, think I will give this one a miss and stick to cheese on toast. 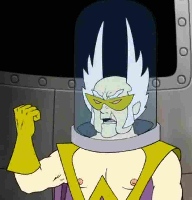 The article originates from VN Express International and contains a link to their site. I do like this site a lot as food has its dedicated sub in the travel section. They also publish the addresses of even the smallest eateries and street stalls so you can venture out and go try yourself. Earlier this month for example they published a nice article "Saigon street treat: Five gourmet dishes for under a dollar" - update your bookmarks if this makes your mouth water.

Important as in Saigon the general drive is for a cleaner version of the city like Singapore, and many street stalls are disappearing. Like in Buy Vien Street where there are more bars open than ever before, while some of the best food has gone. Although the nearby underground Asiana Food Town on Pham Ngu Lao serves pretty good food, it just does not feel the same as sitting on a plastic chair on a street-corner or down a small alley.

Chau Doc Town's 6 distinctive dishes
By Phong Vinh October 13, 2019 | 09:15 am GMT+7
If you want to eat like a local when visiting Chau Doc, a Mekong Delta town bordering Cambodia, you can't go wrong with these foods... 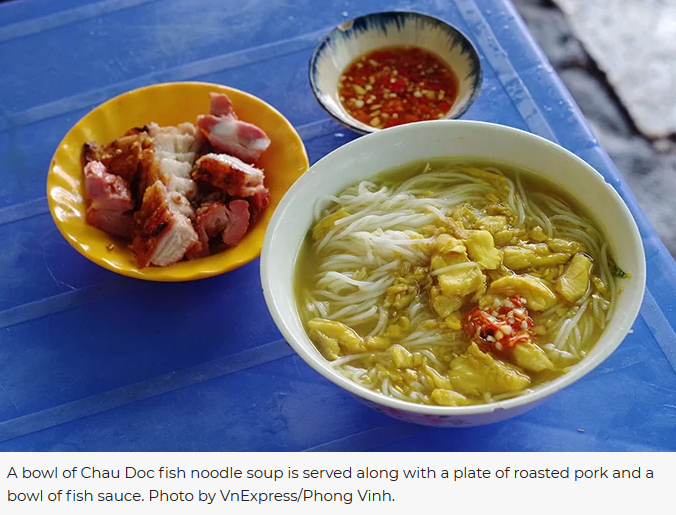 Users browsing this forum: No registered users and 36 guests